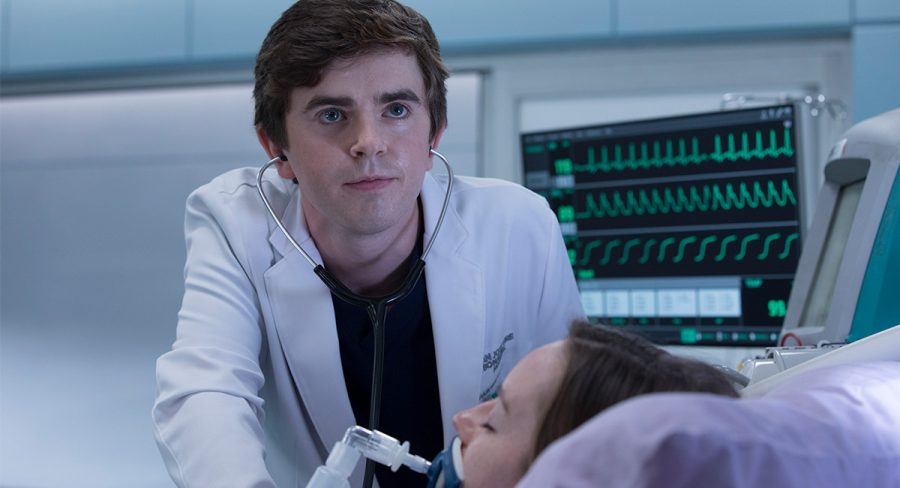 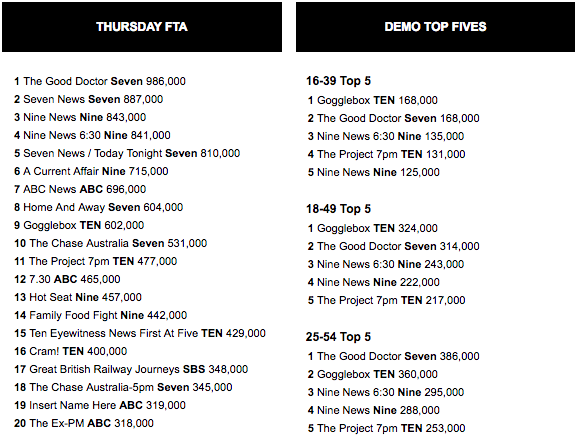 Seven won its fourth night of the week so far in primary and combined channel share.

The Thursday menu included three episodes of Home and Away with an average audience of 604,000.

The Good Doctor followed with Doctor Shaun Murphy helping save the leg of a young groom after a bus crash with many injured. The second of the two episodes this week did 986,000 after 1.0m on Thursday last week.

An episode of The Grand Tour followed on 309,000 with the tent in Finland with Richard Hammond anticipating the arrival of a new Ford Mustang. 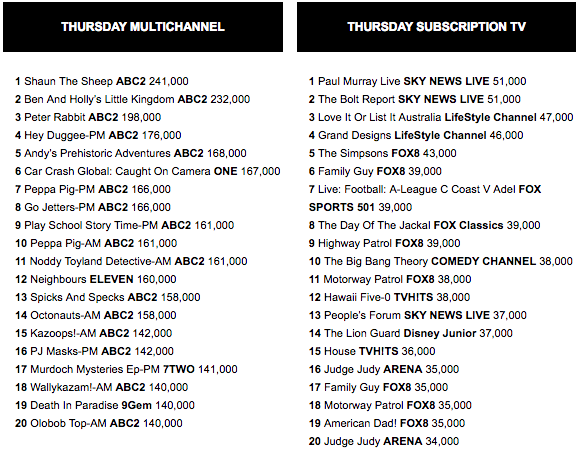 A Current Affair made it back into five markets with an update on Harvey Weinstein plus a Reid Butler report on unlimited internet deals with a contribution from Nine tech guru Trevor Long. The Thursday episode did 715,000.

There was a contest to avoid the elimination challenge on Family Food Fight. The Thursday episode did 429,000 in four markets as Perth saw an episode of RBT after it got this Family Food Fight episode on Wednesday.

Episode one of The Truth About Healthy Eating followed with 253,000.

Gogglebox featured a long segment on Mel Gibson‘s Braveheart toward the end of the episode with 602,000 after 589,000 a week ago.

Michael Portillo hosted the channel’s best-performing programs last week and he was working his magic again last night on a train ride to Belfast’s Victoria Docks. An audience of 348,000 went along for the ride.

Summer vegetables and fruits were then the subject of Maeve O’Meara‘s Food Safari Earth, which did 282,000.

An episode of the second season of The River Cottage followed with 216,000.