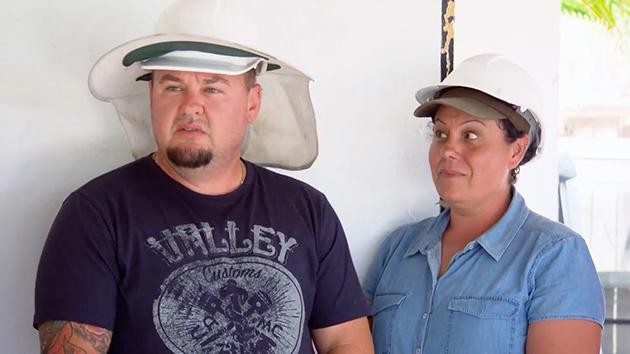 Seven has made it three from three in what some states refer to as Origin Week. Seven will need a big lead on other nights given the audience that Nine should attract tonight.

Seven won big last night though with House Rules again over 1.1m and then a good audience for the final of Seven Year Switch. Seven was also a big winner in combined channel share with 30.5%, which pushed it well clear of its rivals.

MasterChef ensured TEN stayed competitive while both its US dramas were up week-on-week.

The ABC farewelled War On Waste with the all-too-short three-part series ending with its biggest audience.

House Rules packed them in again with over 1.1m seeing Andrew get a nasty cut to his hand as he threw a piece of glass into the dumpster. The ambos on hand looked after him on the site of the reno for Aaron and Danielle‘s house.

The final episode of Seven Year Switch dragged in 649,000 after 660,000 watched the penultimate episode on Monday.

A Current Affair was down close to 100,000 on the Monday numbers, yet the episode was still close to 900,000. The program featured reporter Taylor Auerbach copping a beating outside a court house while later on viewers learnt about a depraved dentist.

Britain’s Got Talent got the 7.30pm Tuesday slot in Origin Week with an audience of 642,000, close to last week’s 636,000 at 7.30pm Wednesday. Nine will have a flood of episodes now to program with ITV screening the semifinals across five nights this week ahead of the Grand Final next Sunday. The BBC’s decision to screen the Ariana Grande Manchester benefit concert next Sunday night means it will be up against the BGT final in the UK.

The Project was again close to 625,000 with reports last night including the Heart On My Sleeve movement and an interview with Derryn Hinch.

On MasterChef it was immunity battle Tuesday where Tamara fought off Ben and Samuel for a pin. Despite a good effort, she didn’t manage to win immunity. The audience of 874,000 was close to the 900,000 from Tuesday last week.

Sleep and the effect it has on a person’s overall health was the main topic on Ask The Doctor with 534,000 a much bigger audience than 452,00 a week ago.

Also posting a bigger audience, and its best in the three-part KEO Films series, was War On Waste. The last episode before a year-end special did 770,000 with many viewers no doubt contemplating life with BYO coffee cups.

An episode of Insight then did 205,000 with an examination of grandparents caring for kids.