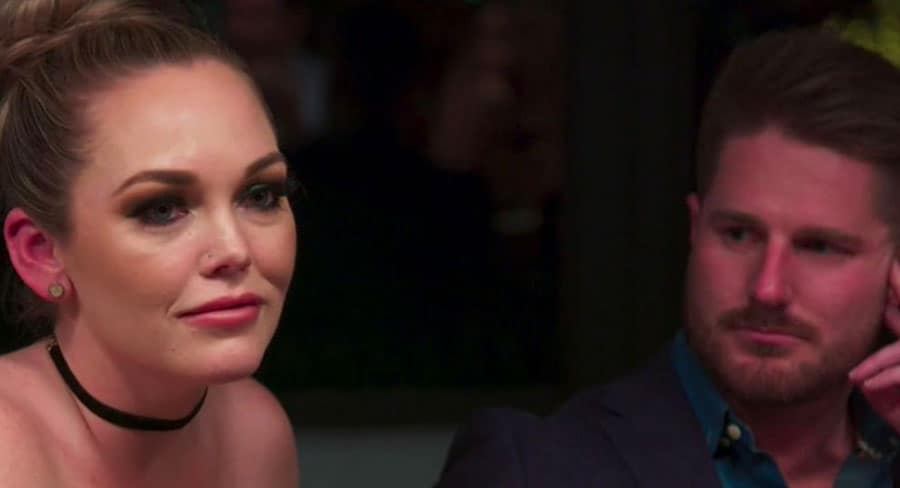 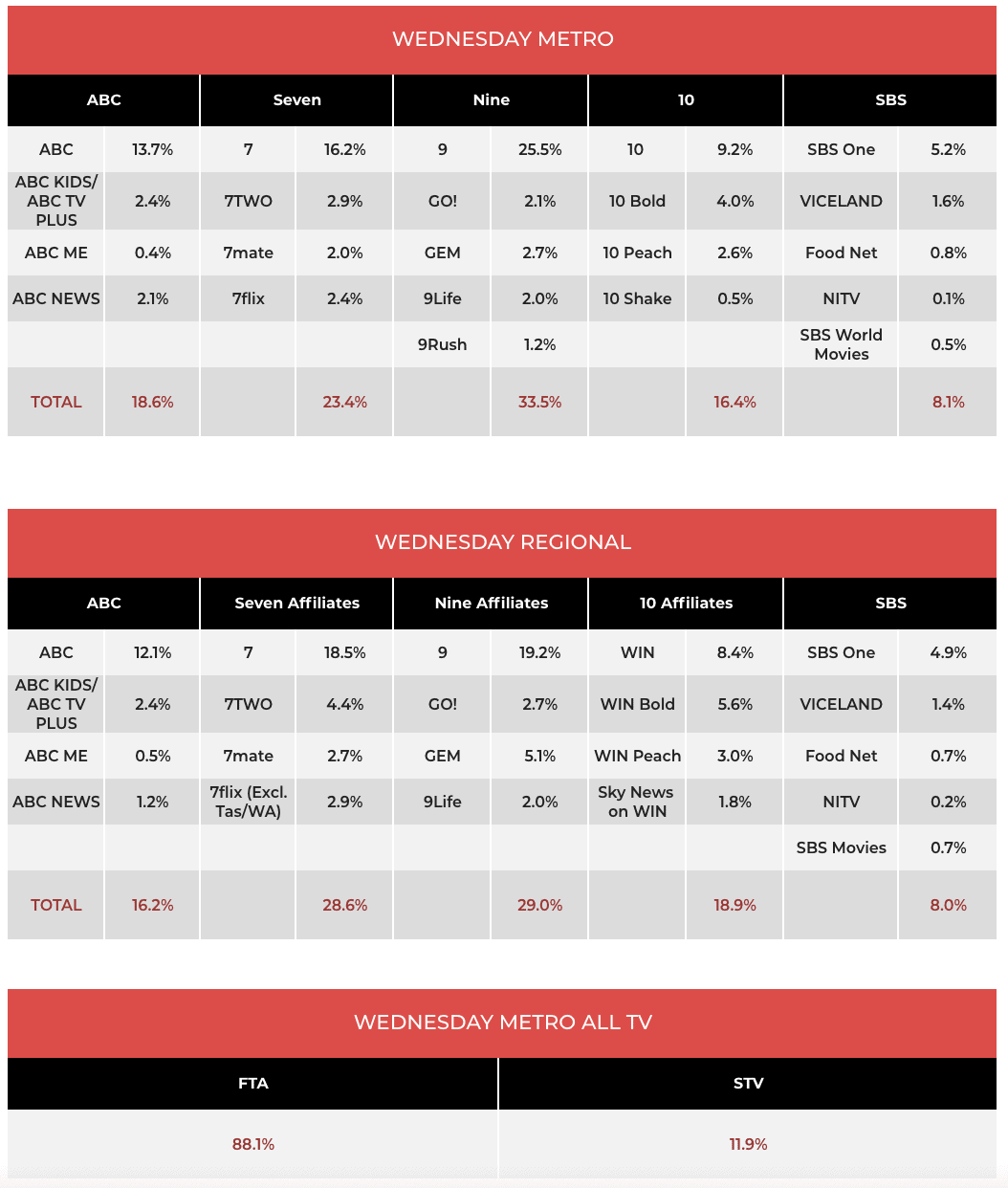 Nine was the top primary channel last night with 25.5% as well as the top network with 33.5% this was thanks in part to Married at First Sight, Amazing Grace, and Footy Classified.

Married at First Sight was the #1 show in Australia last night and wrapped its week with a dinner party that had 1.03m tune in as Bryce was accused of having a secret girlfriend, and the three new couples also joined in for the first time. The show was also #1 in all key demos.

Amazing Grace had 415,000 tune in which was down only slightly on last Wednesdays 420,000 as the show’s ratings appear to be stabilising after launching with 504,000, three weeks ago.

Eddie McGuire was back hosting the Wednesday night edition of Footy Confidential last night, this was his first TV appearance since he stepped down as the president of the Collingwood Magpies. The episode had 120,000 tuning in to watch.

The biggest news for Seven last night was the return of The Front Bar with 281,000 viewers. Almost two-thirds of the show’s audience came from Melbourne with 191,000 tuning in from the southern state making it a top 10 show in the city.

The Latest easily won the battle of the late-night news shows with 238,000.

The Project had 264,000 and 423,000 viewers as the show covered the new vaccine rollout phase, the relationship between far-right conspiracy theorists & wellness warriors, and they were joined by Adam Hills.

10 Bold was the top multichannel last night with a healthy dose of NCIS and NCIS: Los Angeles.

Hard Quiz was the #2 entertainment show last night behind only MAFS with 621,000. This was almost double the viewers as its game show competitor The Cube as Gold Logie winner Tom Gleeson continues to run up the score.

This was followed by The Weekly with Charlie Pickering which had 544,000  viewers as the show was joined by Kitty Flanagan and Margaret Pomeranz.

Speaking of Kitty Flanagan, her new comedy show Fisk took the spot of Aftertaste in ABC’s Wednesday night comedy lineup and debuted with 532,000.

In the new comedy Flanagan stars as Helen Tudor-Fisk, a corporate contract lawyer forced to take a job at a shabby suburban law firm specialising in wills and probate.

The top show on SBS last night was Australia in Colour with 206,000. 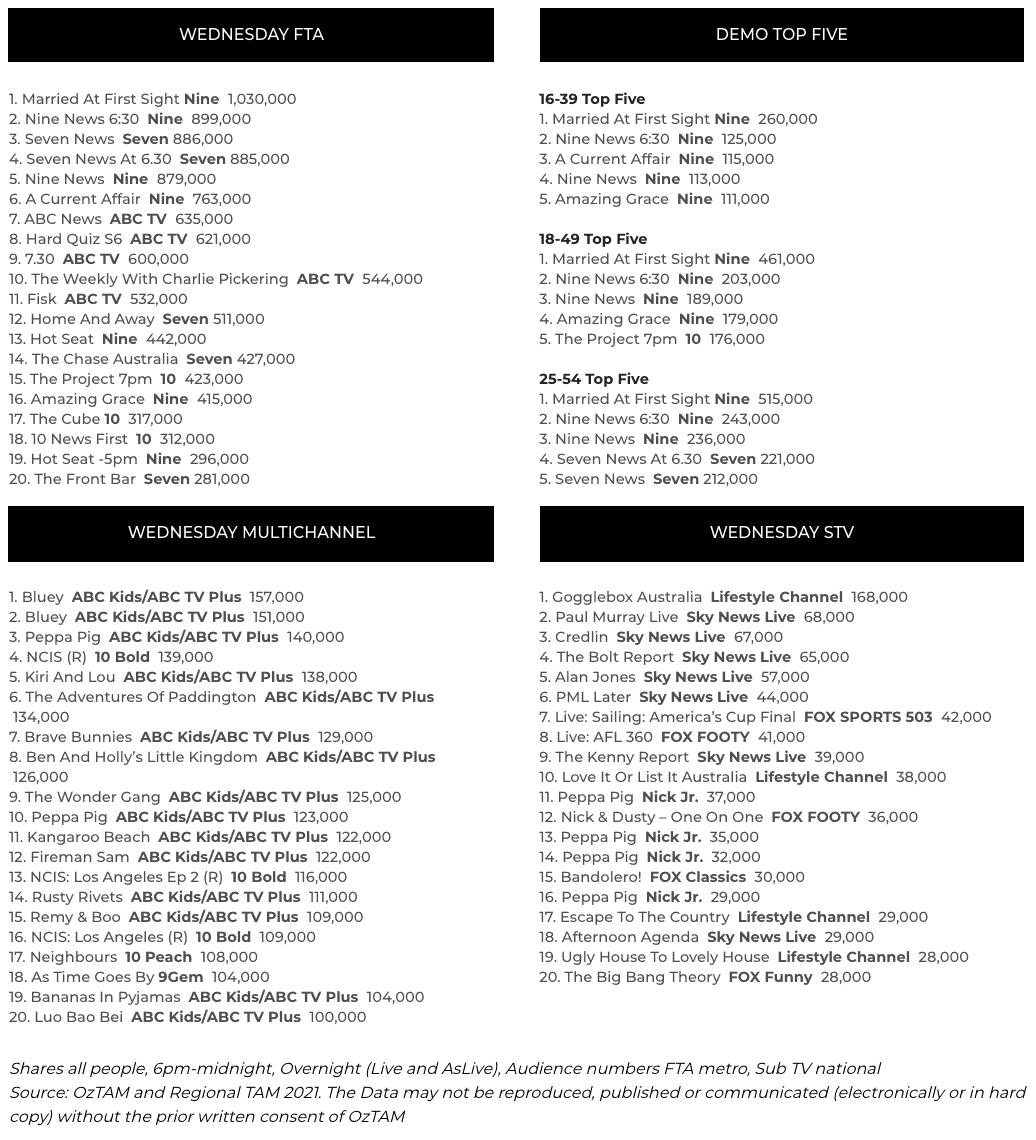