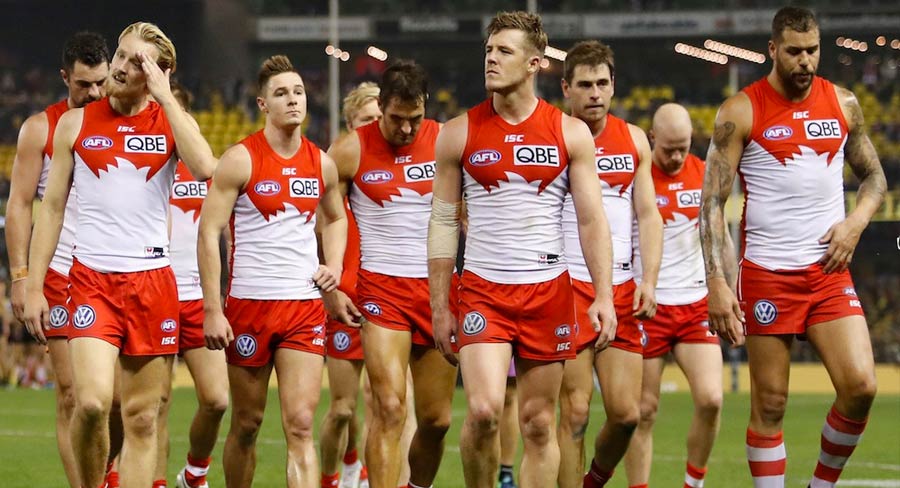 Seven has overtaken Nine in an Origin week. Nine still holds a week-to-date lead in primary share after a strong start last Sunday, but Seven has snuck past Nine in week-to-date combined channel share.

Home and Away didn’t screen in Melbourne or Adelaide and an early start to the football had 441,000 watching the soap.

The AFL clash between Richmond and Sydney promised to be a close finish until the reigning premiers powered away in the last quarter. The first match of the round did 576,000 with 347,000 in Melbourne. Sydney didn’t exactly rally around the Swans with 54,000 watching on 7mate.

Just two more sleeps for people to vote for A Current Affair Gold Logie nominee Tracy Grimshaw. Her election campaign hit the Today show this morning. Meanwhile last night she had an audience of 716,000 watching stories about a possible link between breast implants and cancer, dash cams and video game addiction.

Tom Gleeson took his #grant4gold campaign to The Project last night and wouldn’t leave the set after his segment finished. The episode did 493,000, meaning lots more potential voters for the quiz show host. Sydney mum Hoda Kobeissi was then eliminated from MasterChef Australia following an epic chocolate wheel challenge wrapping up Sweet Week. One of the losing Blue team this week had to go home and the others did well in the challenge – Brendan’s roti with cinnamon ice cream and apple was perfect, and the judges marvelled at Khanh’s sticky date. Samira ticked boxes for her banana pudding, while Chloe’s chocolate cake showed great flavours. With a thick and stodgy cake mixture hot with cinnamon, Hoda became the next contestant to be eliminated from MasterChef Australia, narrowly missing out on the Top 10. The Thursday episode did 786,000 after 796,000 a week ago.

Grand Designs Australia did 464,000 followed by the first episode of Everyone’s A Critic. Each week a cross-section of Aussies become art critics. The first night did 249,000. Zan and Rudo in Everyone’s A Critic

The biggest World Cup audience was 143,000 for Senegal v Colombia at midnight.