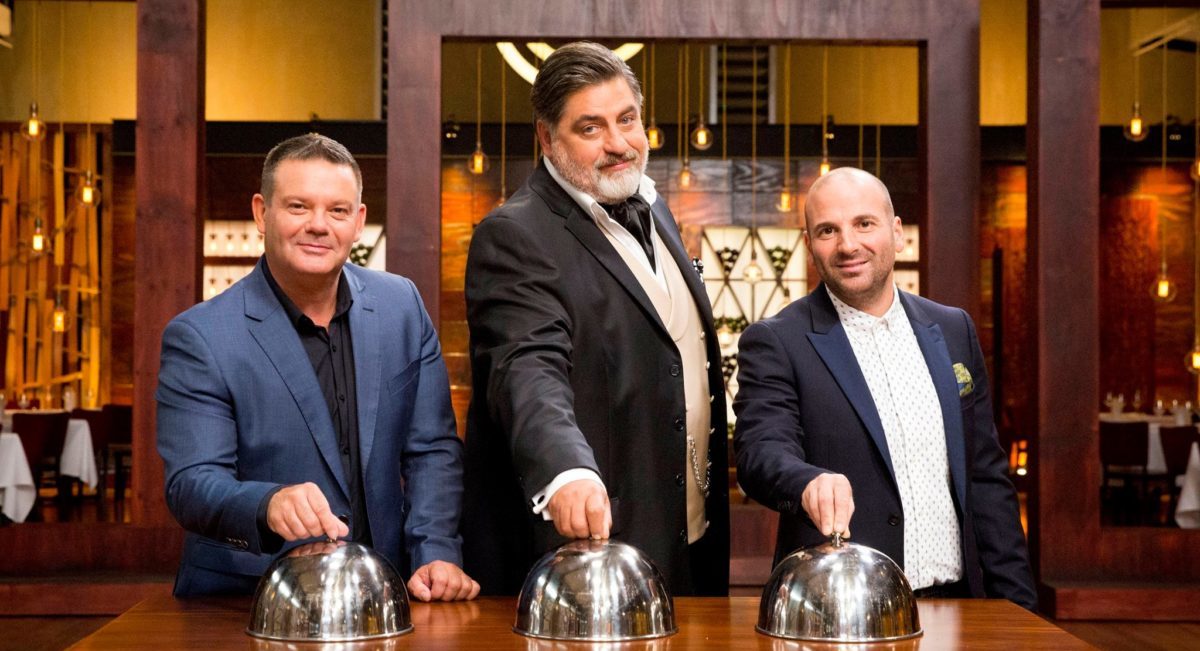 • TEN scores another primary channel winning share with cooks & sharks
• #1 with close immunity battle on MasterChef, then a confirmed Shark sighting
• ABC audience liked Fairfax collaboration, but The New York Times? Not so much
• Filthy Rich & Homeless nearly as popular as Michael Portillo on SBS

The numbers for A Current Affair were down over 100,000 from Monday night to 823,000. Stories included Court TV and a green thumbed thief, plus a plug from Tracy Grimshaw for the relaunched 9news.com.au which they are calling – Live, Fast and Free.

Operation Thailand jumped significantly later in the night with 319,000 tuning in.

The Project couldn’t hold its Monday numbers as 700,000 turned into 567,000. Joining the show was ABC journalist Rachael Brown to talk about her podcast Trace.

MasterChef was key to TEN winning the night in primary channel share with 894,000 watching an immunity challenge, which is close to last Tuesday’s 914,000. Contestant Sarah Tiong and the guest chef were only separated by a point.

The second episode of Shark Tank managed to keep most of its audience, which is not always easy when you launch to a good crowd. Week two was on 737,000 after a launch of 750,000.

Ask The Doctor continues to trade close to 450,000 – it was just over that last week and just under last night.

Great Continental Railway Journeys saw Michael Portillo travelling from Tula to St Petersburg. It was the channel’s #1 again with 366,000 after 362,000 last week. The audience is very loyal. (Don’t miss Mediaweek’s exclusive interview with Michael Portillo in the next Mediaweek Magazine.)

However it had some competition last night from the first episode of Blackfella Films’ Filthy Rich and Homeless. With the help of a good lead-in, the program did 354,000 in the Insight slot. Insight did 238,000 there last week.