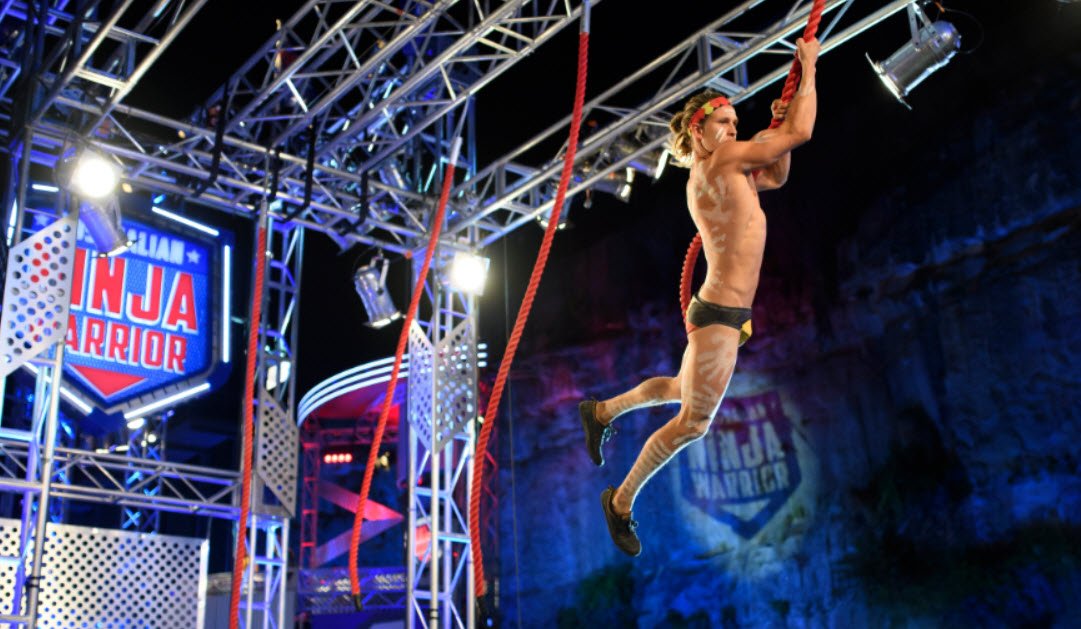 Seven shattered the wrong records again last night, or rather Nine did it for them.

Next best after that though in primetime was Mighty Cruise Ships with 369,000.

Tracy Grimshaw was back at her A Current Affair desk after a break. Among the stories for a second successive audience above 1m was a preview of the Ninja Warrior grand final.

Ninja Warrior seems to have disappointed some with no winner managing to finish the course. The program should have made more of the best of last night’s contestants, Fred Dorrington, and perhaps it wouldn’t have felt like such a letdown. But who’s trying to improve a format that pulls these numbers?

For the program makers, and the audience who tune in next time, having no competitor even get halfway through the course is good news. The final episode delivered big time, helped by just about nothing new to watch on other channels. It’s no surprise that the biggest audiences up against the Ninja Warrior final were watching the ABC, which continued with its regular programming.

After the first few attempts at the grand final course, you started to realise it would take a very special performance to make it to the end.

The show has been a stunning success from start to finish and there were promos during last night’s final for entries for the next season.

Nine finished primetime with the Bond movie Skyfall with 253,000 in Sydney and Brisbane. Other markets saw the Tom Cruise movie Edge Of Tomorrow.

The Project was easily TEN’s best with 540,000 watching at 7pm, which featured an interview with MasterChef winner Diana Chan.

TEN’s Eyewitness News First At Five on 441,000 outrated everything else in primetime.

TEN chose not to move Shark Tank earlier last night, taking it out of the schedule altogether.

An All Star Family Feud repeat between Bachelors and Bachelorettes did 210,000 at 7.30pm.

The channel too set a new record for a low Tuesday share.

The Cameron Crowe movie Aloha didn’t contribute much with 145,000 watching.

7.30 had the biggest audience of anyone against the final of Ninja Warrior with 570,000.

The second episode of Joanna Lumley’s India visited some wonderful parts of the country and it too was over 500,000 after launching last week with 564,000.

Hamish Macdonald was in Manchester for Foreign Correspondent with 306,000 watching.