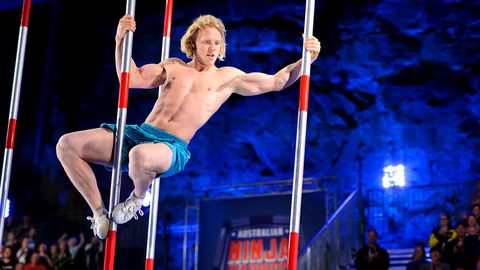 The network delivered a timely reminder this week about how well it performed earlier in the year. This past fortnight not so much. After its lowest weekly survey share of the year last week for the primary channel, Seven is back in that territory again so far this week. A 13.3% share last night is the lowest of the year so far – in or out of survey.

Leila McKinnon was again hosting A Current Affair with a special report on Christmas Island, from reporter Taylor Auerbach, leading the program. The Tuesday episode did 873,000 after 919,000 on Monday.

Australian Ninja Warrior has just three episodes left in the short season of nine eps running over three weeks. It was the first night of semifinals with a new tougher obstacle course with nine separate challenges for the contestants who got through to this stage. It took about an hour for a contestant to complete the course. The spectacular fails were again as much fun as the triumphs. The Tuesday audience for episode six was 1.57m which was up on last Tuesday’s 1.48m.

Nine finished the night with another Bond movie, this time 2008’s Quantum Of Solace with 457,000 watching.

Matt White was back again with Carrie Bickmore rejoining the show after time off visiting Japan. Guests on the show included former senator Larissa Waters, Insiders‘ Barrie Cassidy, eliminated MasterChef contestant Sarah Tiong and The Australian’s Cameron Stewart reporting on the police shooting of an Australian in the US. The Tuesday episode did 583,000 after Monday did 615,000.

The final Tuesday episode of MasterChef saw the final four decided. There were some interesting flavours on offer for the superstar tasting panel too – lavender ice cream was one and pork with blueberries and mushrooms was another. And both those dishes made it through. Arum Nixon‘s duck didn’t make the grade and he departed the program. The episode did 828,000 after 779,000 on Tuesday last week. MasterChef was a clear #2 25-54 again.

Shark Tank featured the wonderful Sleeping Duck mattress but after some large offers from two of the sharks, the founders walked away empty-handed after refusing to dilute their equity in the business. The episode did 546,000 after 581,000 a week ago.

Joanna Lumley’s India was the star attraction with 562,000 watching a busy first episode, which covered so much territory that viewers barely got to sample the delights at each stop.

Earlier in the night Ask The Doctor looked at colds and flu with 462,000 watching.

How good a job does reporter Eric Campbell have? This week on Foreign Correspondent he was in Jamaica with 358,000 watching.

Michael Mosley: Queen Victoria’s Slum is the most popular of his series currently screening. Episode three last night did 225,000.

Stage 16 of Le Tour de France was another good result for Aussie rider Michael Matthews with 204,000 watching. Two nights in the Alps are next with a promise of some spectacular scenery.