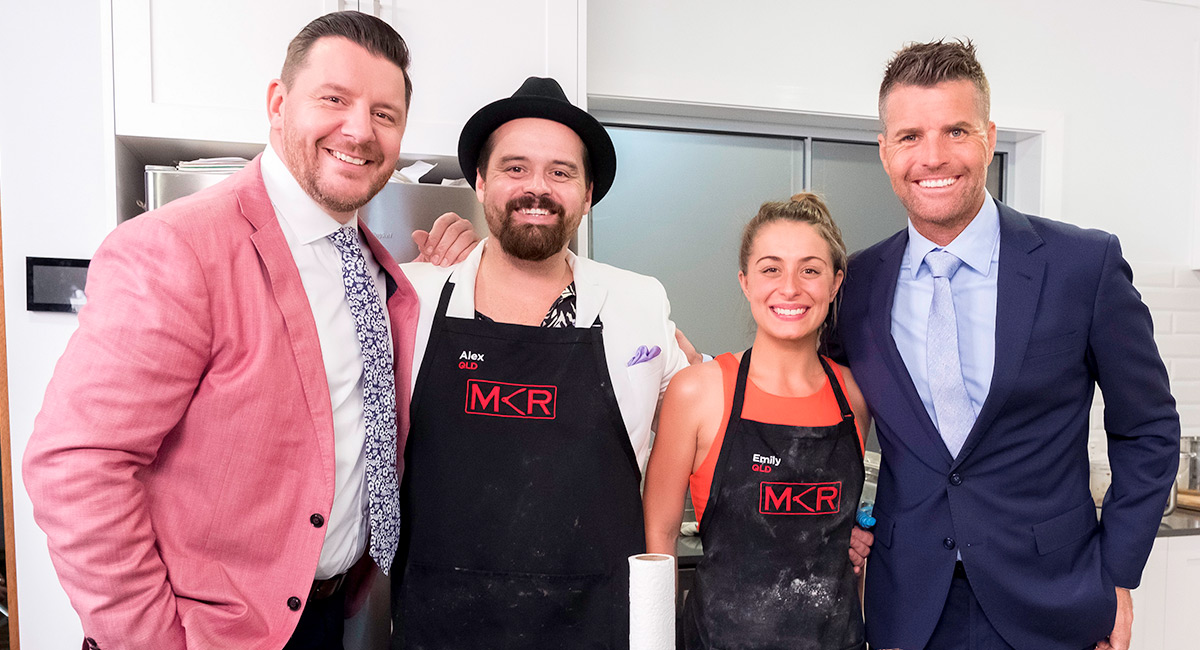 • My Kitchen Rules holds above 1m and at #1 Tuesday

Seven again carved out the biggest TV audiences last night with a replay of its Monday schedule – My Kitchen Rules into The Good Doctor.

I’m A Celebrity…Get Me Out Of Here was competitive in the key demos and it managed a bigger male audience 25-54 last night. 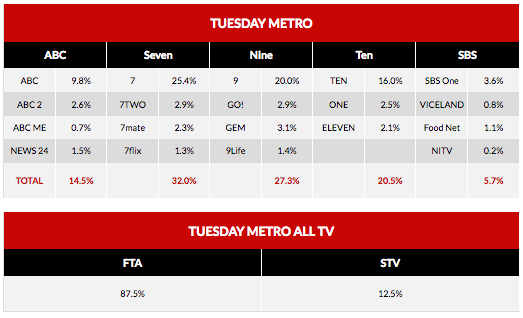 On My Kitchen Rules, Alex and Emily promised big things but weren’t able to get close to Josh and Nic. The opening night score of 87 tops the leaderboard after Alex and Emily earned 70.

My Kitchen Rules was holding just above 1m for the second consecutive night.

Seven also offered up another episode of The Good Doctor with one more episode up its sleeve until it catches up with the US. After 1.09m on Monday, the Tuesday audience was 1.01m.

The veteran US medical drama Grey’s Anatomy returned last night in a clever piece of medical scheduling with 289,000 watching after 10pm.

The second episode of Married At First Sight as the no-expense-spared weddings with strangers continued with some hilarious results. The show has held just over 900,000 for a second successive night.

The second season of Britain’s One Night With My Ex then debuted after 9pm with 353,000 watching.

The Project started on 362,000 at 6.30pm and then climbed to 599,000 after 7pm. As well as more promos for Celebrity, the show welcomed back Hughesy on the night his new show premiered and then spoke with Mrs Brown’s Boys’ Brendan O’Carroll.

Bernard Tomic seemed to have made his mind up on Monday he would quit the reality show and on I’m A Celebrity…Get Me Out Of Here Australia he became the first person to utter those words before they were instructed to depart. After 859,000 on Monday, the Tuesday episode did 852,000.

The Checkout returned at 8pm with some good FU Tube videos, although Julian Morrow was drowned out at the end by the ABC voiceover promoting the next show. The first show back for 2018 did 523,000, which is close to what recent episodes did on Thursday nights.

A UK episode of Who Do You Think You Are? featuring Ricky Tomlinson did 137,000. 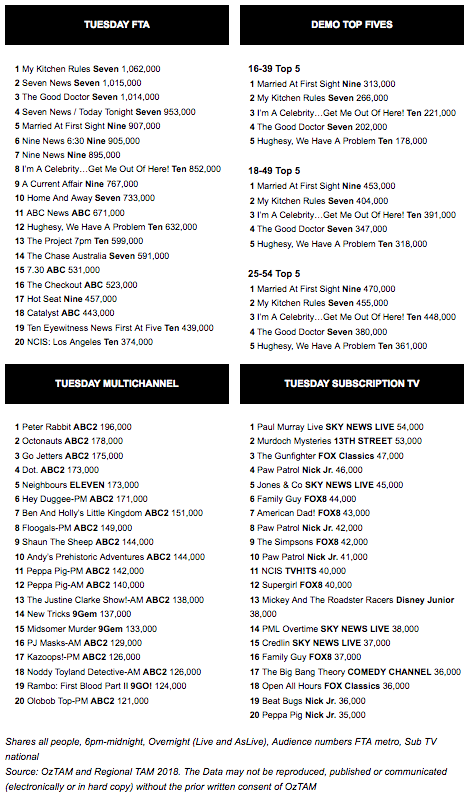