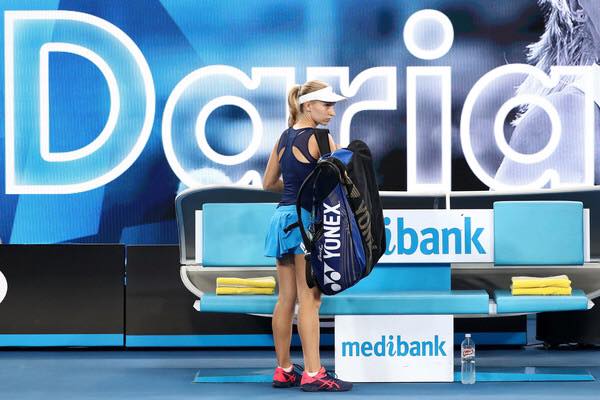 Aussies and major seeds have been exiting the Australian Open regularly across the first eight days of the tournament.

Last night the final Australian player departed with the biggest tennis audience yet watching the night’s early evening coverage – 952,000. As well as seeing Gavrilova depart, viewers also saw Nadal win through to the quarter finals. It was also a cricket-free evening which also help boost the Seven numbers.

With no Big Bash League, TEN was into single figures, just behind ABC on 10.5%.

Nine News was up over 1m with Peter Overton reading the news for a second night on the new Sydney news set. After Perth revealed its revamped news set last year, Nine News will also be broadcasting from new sets in Melbourne, Brisbane and Adelaide.

On the primary channel Nine screened RBT and then the movie Lethal Weapon 3 after 7.30pm.

The Allan Border Medal was broadcast on GEM after 7.30pm with 83,000 watching.

The much-anticipated return of Dee to Neighbours saw the Monday episode with 191,000 on ELEVEN.