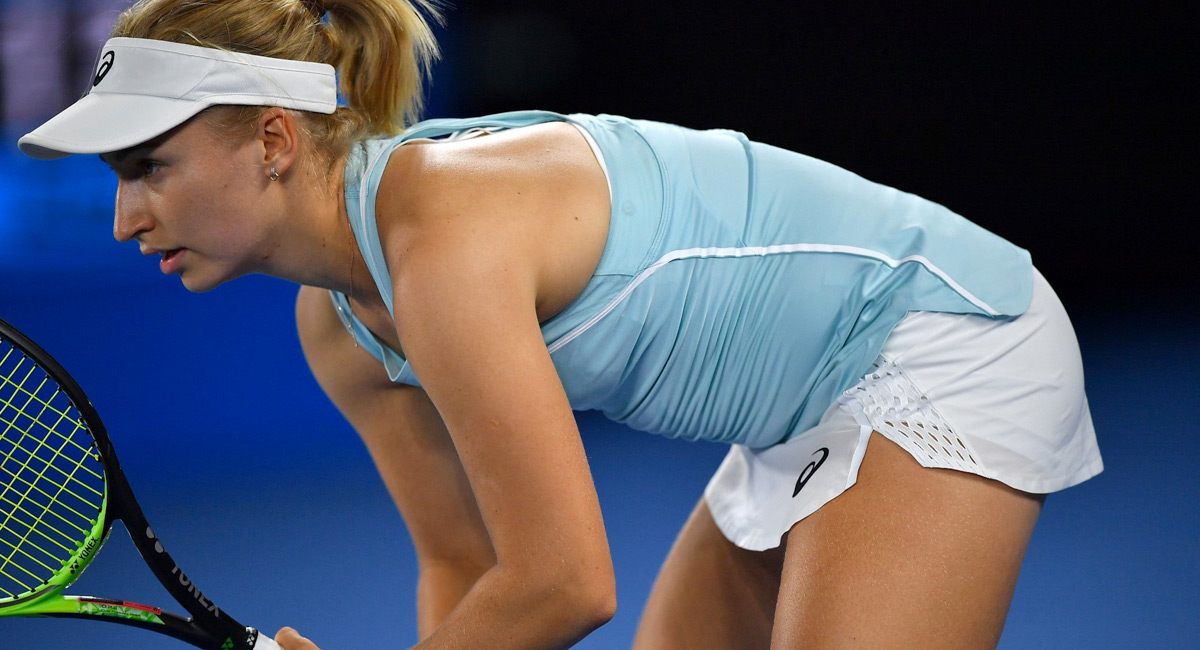 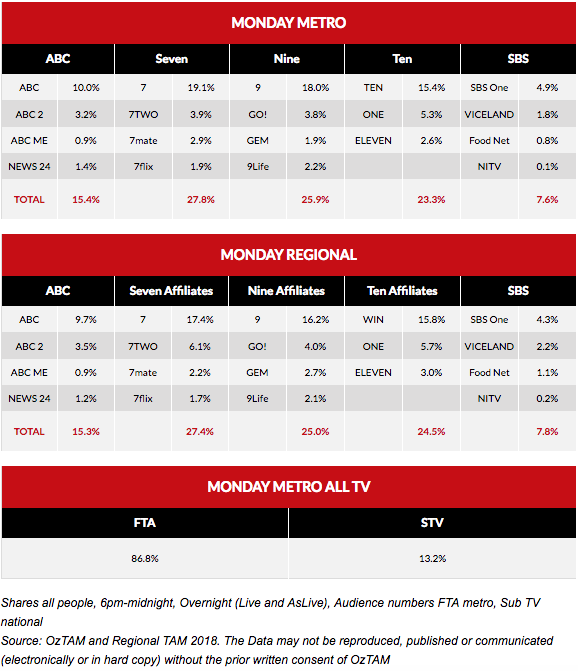 Monday was a big day for Seven in more ways than one.

Starting early the full Sunrise team was back in action with Sam Armytage returning from leave to join Kochie and other colleagues at the desk. Mark Beretta was reporting from the Australian Open at Melbourne Park and weather reporter Sam Mac was sending back wonderful images from a journey to Canada. 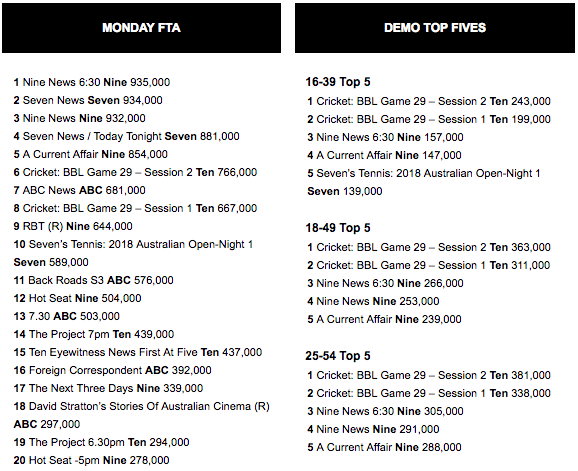 But the big buzz around the show was a guest appearance from Will Smith who was in Australia to promote his Netflix movie Bright. Smith paraded and played with a big Sunrise crowd in Martin Place and then he played inside with the Sunrise team. It was a great program and a perfect lead-in for coverage of Day One from Melbourne Park. 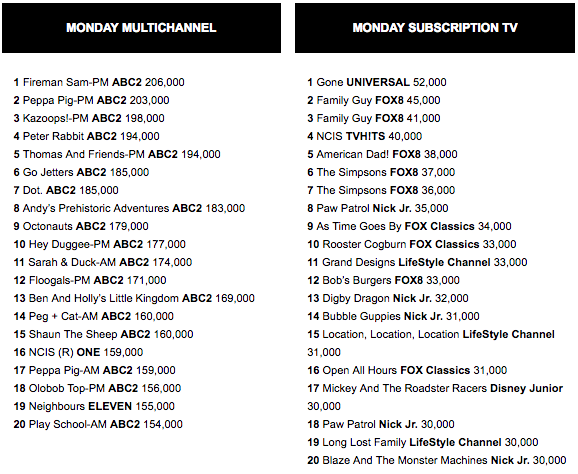 Sunrise was subsequently rewarded with the biggest metro audience on Monday of 258,000 with Today on 234,000. (Today did manage bigger audiences though in both Sydney and Melbourne).