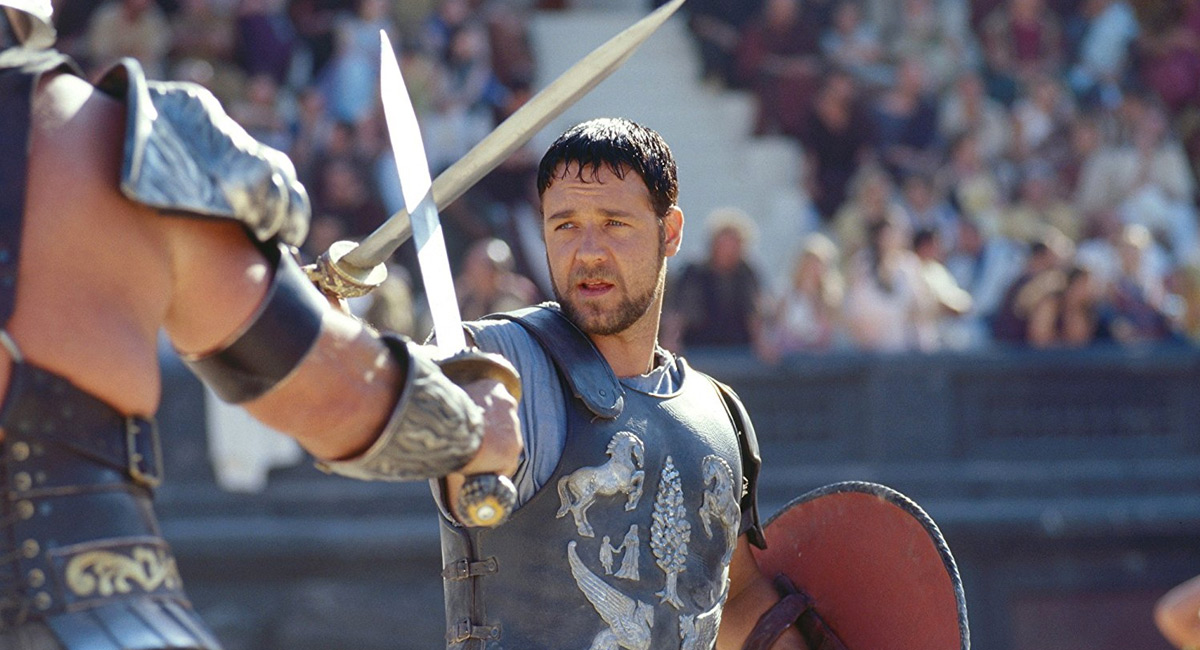 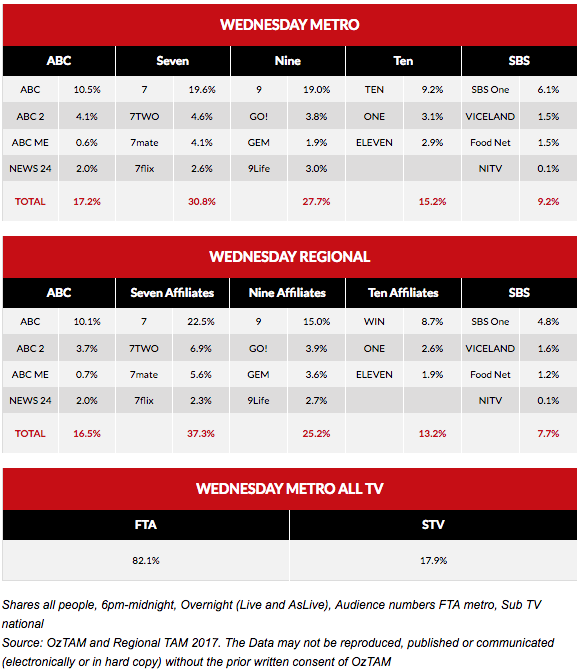 Seven screened three Home And Away episodes back-to-back with 556,000 watching.

Nine’s best after the News was of course A Current Affair. The program has kept close tabs on the Karen Ristevski case and it covered the latest dramatic developments last night in detail for its audience of 774,000. 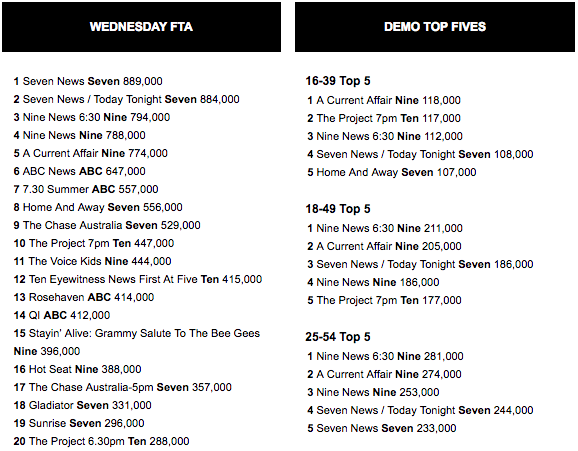 The penultimate episode of Cram! in its short season did 268,000. 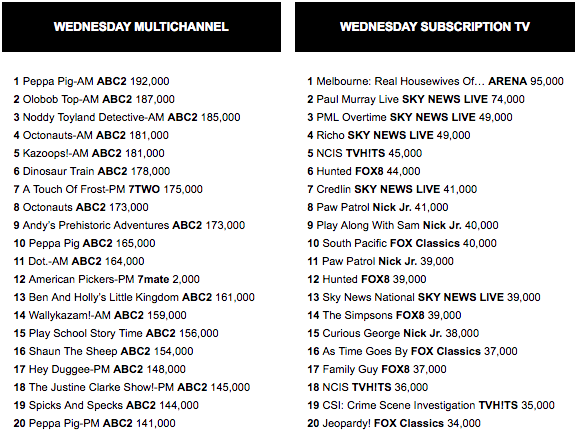 Rosehaven ended its second season with 414,000 watching as Luke McGregor‘s character Daniel managed to sell a house at the first auction he conducted as the auctioneer.

The biggest audience at SBS was 277,000 watching Alcatraz: Escaping The Rock at 8.30pm.

Subscribe to free daily ratings with the Mediaweek Morning Report