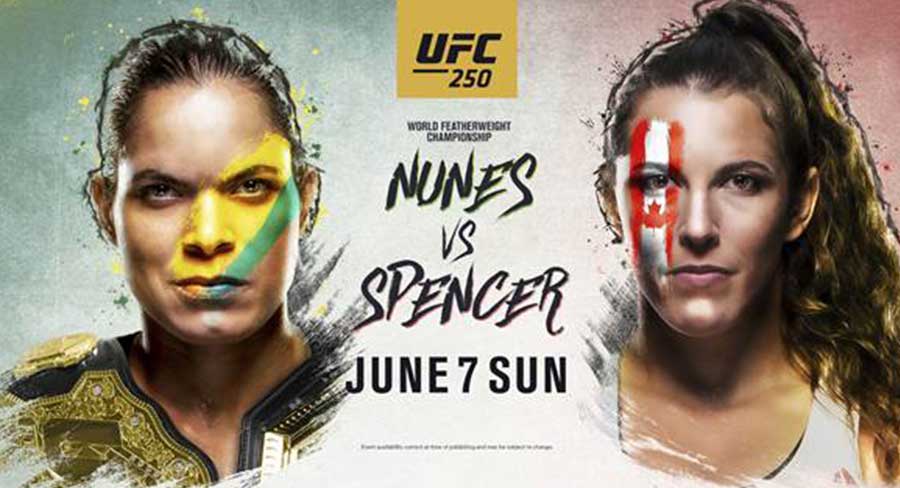 The COVID-19 pandemic has not slowed down the UFC who were the first sporting organisation to return in the United States and the show continues with UFC 250, and is available to order as a pay-per-view broadcast on Main Event on Foxtel.

No.1 ranked in both the women’s bantamweight and featherweight titles champion Amanda Nunes will defend her featherweight title as she continues her quest to solidify herself as the greatest female fighter of all-time against Canada’s Felicia Spencer.

The first woman in the history of the UFC to become a two-division UFC champion, Nunes (19-4) comes into this fight with plenty of momentum having won her past 10 fights consecutively.

Canadian mixed martial artist, Spencer (8-1) has only faced one professional loss in her UFC career against Cris Cyborg at UFC 240. She now looks to defeat Nunes and claim her first UFC championship.

In the co-main event, former bantamweight champion Cody Garbrandt returns to the Octagon to take on Raphael Assuncao.