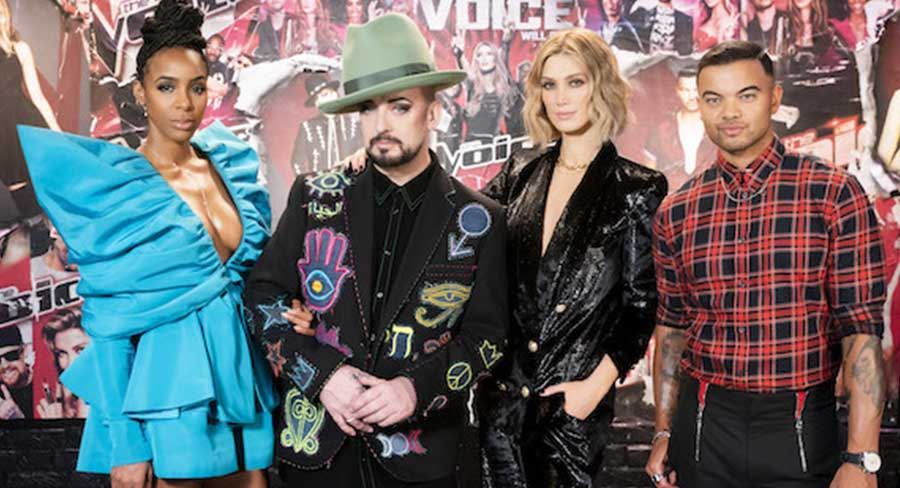 • The Grand Finale will be on July 19

The Voice Grand Finale Week begins this Sunday at 7.00pm on Nine with The Showdowns determining the top eight artists who will make it through to the Semi-Final.

A series of guest performances will be a highlight of grand final week, and 2018 ARIA Best Female Artist, Amy Shark, also joins the show as a Guest Mentor.

Sunday night will see Team Guy and Team Kelly’s five remaining artists each perform a song of their choice in a bid to go through to the Semi-Final.  Team Delta and Team Boy George will follow suit on Monday night at 7.30pm.

Once each Coach has selected their top two, these eight artists will appear in the Semi-Final on Tuesday night at 7.30pm as the journey to crown The Voice of Australia reaches fever pitch.

Each Coach will then select one artist to represent them in the Grand Finale on July 19 as the final four compete to win $100,000 in prizemoney and a recording contract with EMI Music Australia.

The winner will be determined by the first public vote of the season as the Coaches hand over responsibility to  fans to choose The Voice of Australia 2020. Voting details will be found here.