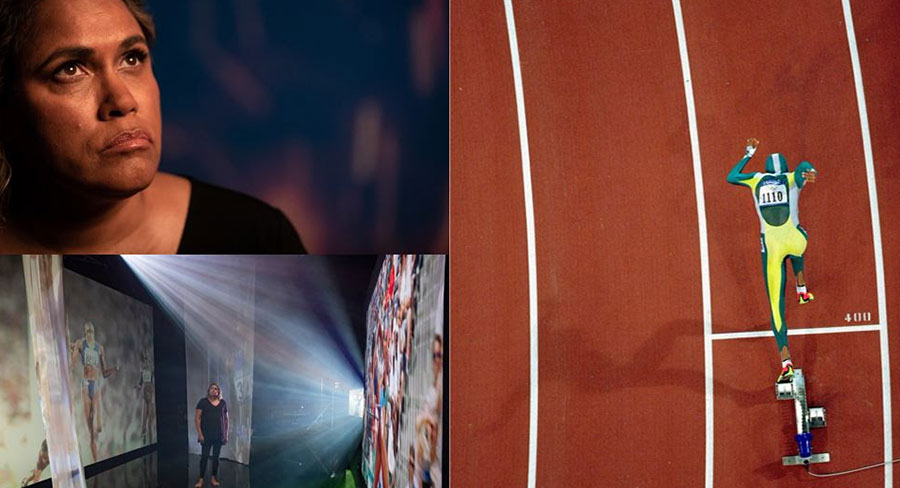 “Nothing can prepare you for that kind of pressure – or responsibility”

To mark the 20th anniversary Cathy Freeman‘s Olympic win the Gold Medalist shares her full story for the first time in Freeman on Sunday, 13 September, 7.40pm on ABC and ABC iview.

Her 49.11-second win was watched by billions of people worldwide, the 400-metre sprint on the evening of September 25.

“Nothing can prepare you for that kind of pressure – or responsibility… I am 47 years old and I have to take that responsibility seriously. By that, I mean give myself permission to share the story in its entirety.” Cathy Freeman

Freeman is a cinematic portrait of the 49.11 second race drawing on archival footage and a series of intimate conversations with Cathy Freeman, the film takes viewers on a journey through Freeman’s remarkable sporting career and the frenzied build-up to September 2000. Freeman’s fast-paced climb to the top of the world is mirrored by the rise of a people’s movement supporting reconciliation between Indigenous and non-Indigenous Australians.

Freeman’s experience is brought to life by stunning performances from Lillian Banks of Bangarra Dance Theatre, as choreographed by Stephen Page.

Freeman shares her most intimate thoughts, revisiting her past through montages of projected images, and reveals what it felt like to be at the centre of such a unique and significant event.

With insights from Freeman’s mother, insiders and media commentators, the film gives previously unseen glimpses into a moment of rare intensity.

Freeman is a General Strike and Matchbox Pictures production in association with ABC and Film Victoria.  A film by Laurence Billiet, in collaboration with Stephen Page & Bangarra Dance Theatre.  ABC Commissioning Editor, Jo Chichester. International sales are being handled by NBCU Distribution.