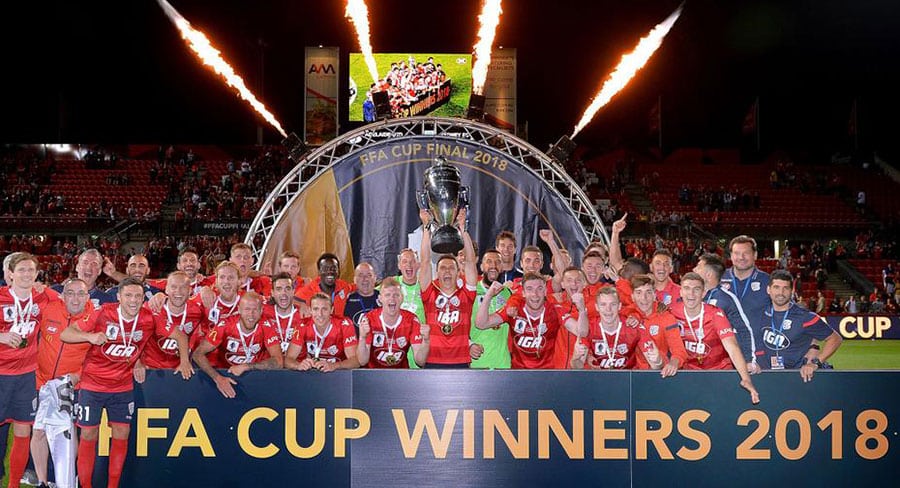 • Select matches live in HD with no ad-breaks

All Matches are available to be streamed live.

A mixture of the best semi-professional and amateur football clubs in Australia will take on the Hyundai A-League when the FFA Cup enters the round of 32 which can be seen on live on Fox Sports from Wednesday, July 24.

Fox Sports will also offer full live coverage of the remaining matches in the round of 32 and the round of 16  to Fox Sports Digital subscribers on www.foxsports.com.au, and via Kayo Sports.

The Round of 32 of the FFA Cup competition is the first component of the competition to feature professional teams from the A-League and will be played across Wednesday nights over three consecutive weeks, from July 24.

Fox  Sports featured games will be:

FOX SPORTS will show all the goals games being live-streamed on their digital platform.

The Round of 16 matches be scheduled from Tuesday, August 20 with Fox Sports to broadcast one featured game from each match day.

Fox Sports commentator Mark Bosnich said: “Now we’re into the Round of 32 knockout stage of the tournament you can guarantee that the desperation and intensity of the games will lift.

“The thing that makes the FFA Cup so intriguing are the clubs from outside of the A-League that qualify. This year we have clubs from Mackay in North Queensland, Mount Druitt in Western Sydney, South Hobart in Tasmania as well as teams from regional Victoria.

“It’s an amazing opportunity for teams from around the country to test themselves against the best clubs in the A-League competition and provides a platform for the players to showcase their talent on a bigger stage.” 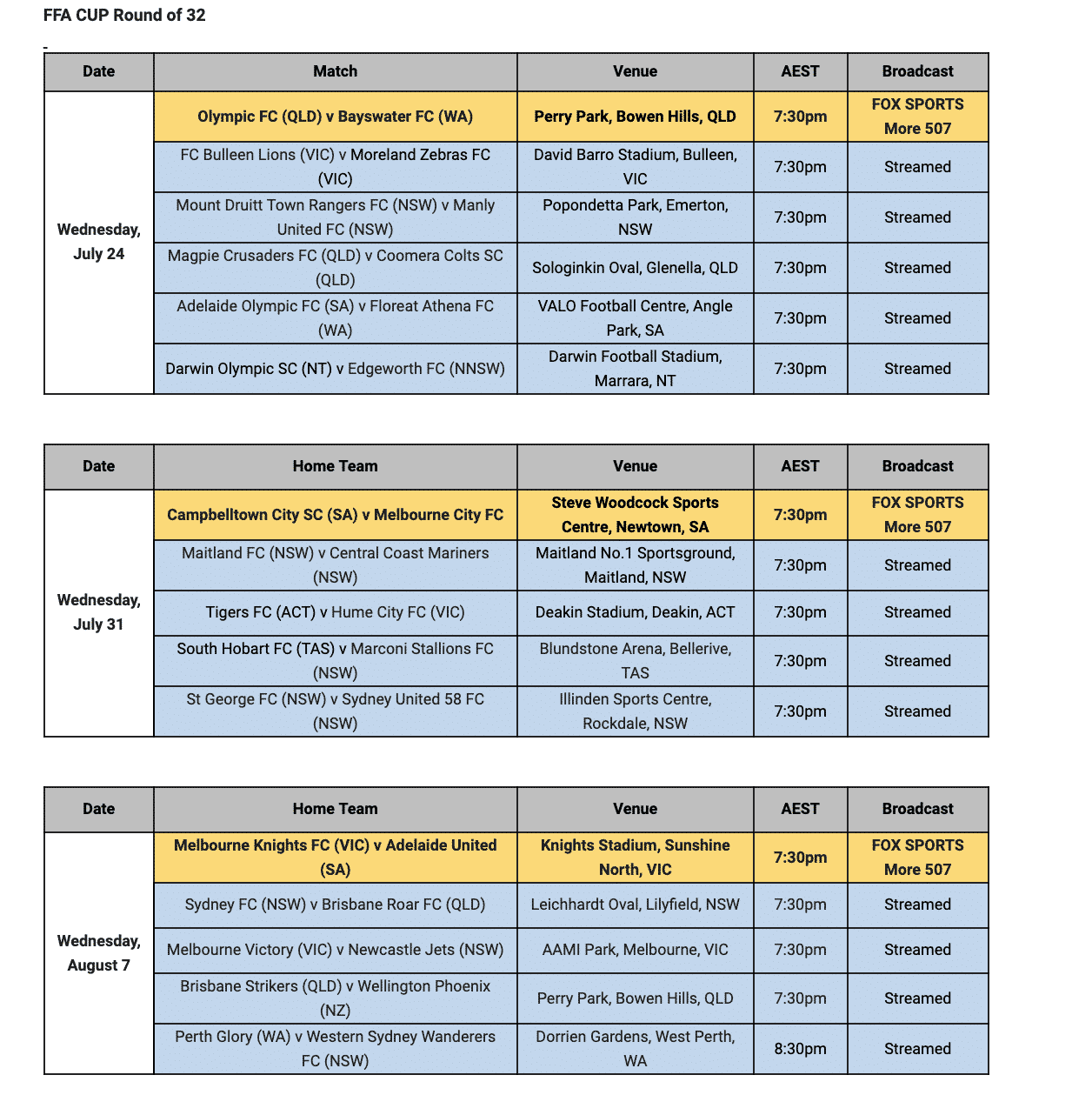