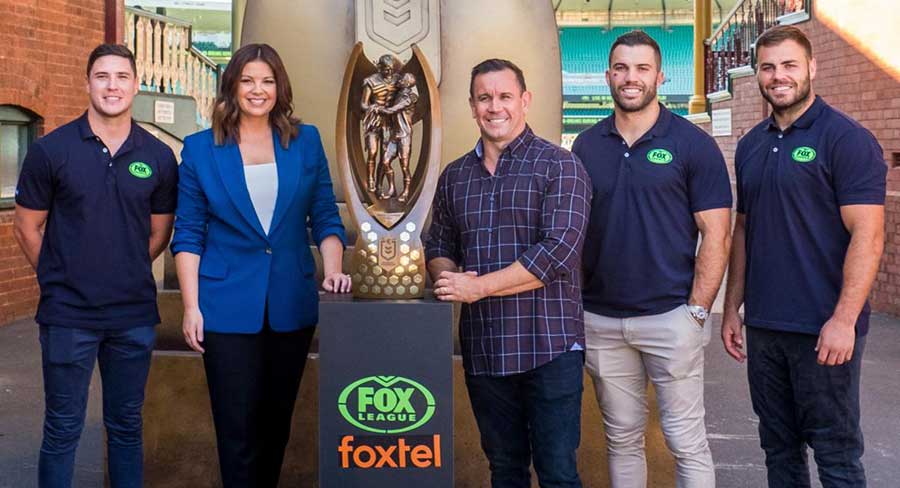 Fox League is prepared for the resumption of the 2020 NRL Telstra premiership, with a line up of shows and guests across the week ahead of the first live game on Thursday, May 28.

Fox league will return to normal programming from Monday, May 25 with a stellar line up of magazine shows to entertain and keep fans up to date with the NRL competition returning.

Fox Sports Head of Television, Steve Crawley said: “It’s like Christmas coming seven months early for lovers of sport and rugby league. All of our commentators and production staff can’t wait to get back to doing what they love doing, covering some of the greatest athletes in sport.”

The week begins with NRL 360 at 6.30pm on Monday, hosted by Ben Ikin and Paul Kent, with the latest news, opinions and guest appearances from some of the biggest names in the game. NRL 360 will continue Tuesday and Wednesday nights at 6.30pm.

On Tuesday at 7.30pm, Andrew Voss will host a new episode of The Fan, while on Wednesday night The Matty Johns Podcast, returns at 7.30pm.

Every game of Round 3 of the NRL Telstra Premiership will be live and ad-break free in HD on Fox League.

Thursday Night League’s pre-game coverage begins at 7pm with Yvonne Sampson, Michael Ennis, Cooper Cronk and Gorden Tallis while the commentary team will feature Andrew Voss, Greg Alexander and Kevin Walters with kick off at 7:45pm as the Brisbane Broncos take on the Parramtta Eels

After the game is The Late Show with Matty Johns, as host Matty Johns is joined by Gorden Tallis, Bryan Fletcher and Nathan Hindmarsh to dissect the game and preview all the weekend’s action.

On Friday Night Football, the North Queensland Cowboys host the Gold Coast Titans at 6.00pm before reigning Premiers the Roosters take on the Rabbitohs at 7.55pm. Jess Yates will be alongside Greg Alexander, Sam Burgess and Kevin Walters from 5.00pm to preview all the night’s action.

Super Saturday kicks off at 2.30pm with Yvonne Sampson and analysts, including Michael Ennis, Cooper Cronk, Ben Ikin and Mal Meninga, before the live action begins at 3.00pm with the New Zealand Warriors against the Dragons, followed by the Sharks versus the West Tigers at 5.30pm, then at 7.35pm the Storm play host to the Raiders.

The Sunday Ticket will see Braith Anasta, Nathan Hindmarsh and Ben Ikin joining host Hannah Hollis from 3.00pm, before the Panthers face the Knights live at 4.05pm, followed by the Sea Eagles taking on the Bulldogs live at 6.30pm.

Then Matty Johns is joined by Bryan Fletcher, Sam Burgess, Nathan Hindmarsh and Emma Freedman for Sunday Night with Matty Johns, before Yvonne Sampson, Michael Ennis and James Hooper wrap up the most anticipated round of NRL with The Big League Wrap at 9.30pm.