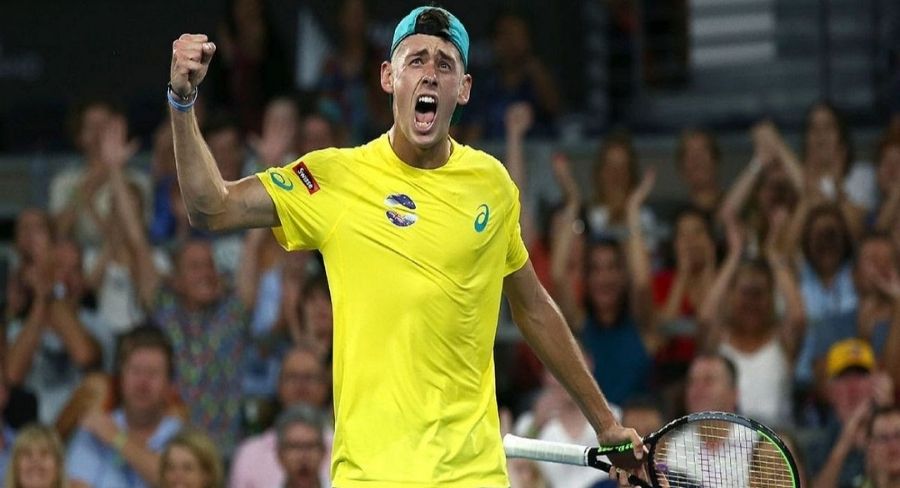 Alex de Minaur highlights a blockbuster day of tennis as the Australian hopes to book a place in the final four at Flushing Meadows with his first appearance in a grand slam Quarter Final against Dominic Thiem.

De Minaur’s Quarter Final clash will be broadcast live on ESPN2 and the match is expected to begin at 10.15am AEST.

The young Aussie has surged his way to the last eight at the US Open, following impressive victories over tough veteran Richard Gasquet and eleventh seed Karen Khachanov.

De Minaur has dropped just three sets so far at the tournament and is riding high on confidence heading into his first ever Grand Slam Quarter Final.

Overcoming Thiem will be no easy feat however, as the number two seed remains the highest ranked player left in the Men’s US Open draw.

ESPN’s live coverage begins on Thursday September 10 from 2am AEST on ESPN2 as Serena Williams opens the proceedings in a showdown with Tsvetana Pironkova.

That match will then be followed by a Men’s Quarter Final involving Andrey Rublev and Daniil Medvedev.

Victoria Azarenka and Elise Mertens will then clash on Arthur Ashe Stadium, before De Minaur hits the court against Thiem, for their highly anticipated showdown.

US Open – September 10 Schedule on ESPN2