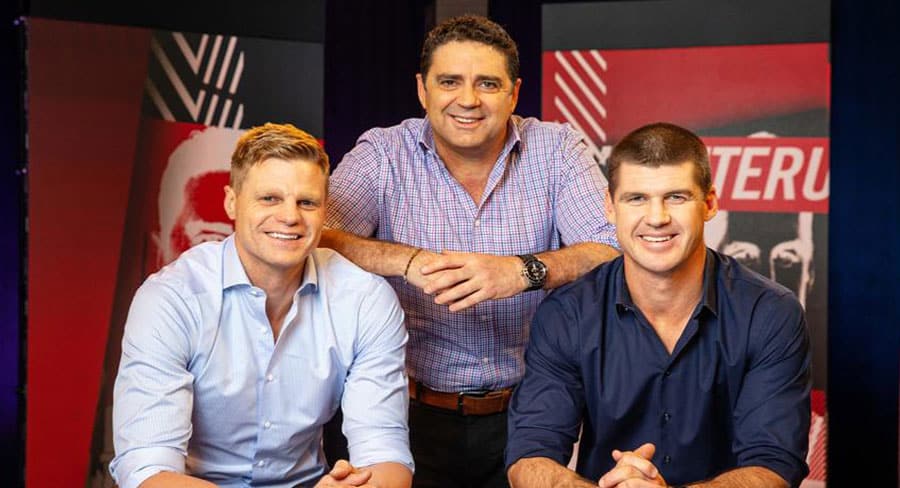 Garry Lyon will host a fast-paced combative new 30-minute show, The Bullring, every Wednesday on Fox Footy during the finals. Three-time premiership player Jonathan Brown will join the Melbourne great and former St Kilda captain Nick Riewoldt as they discuss the biggest finals stories in history and today.

The Bullring promises to push the boundaries with the two young bulls (Brown and Riewoldt) debating hot topics with the older bull (Lyon) aiming to provoke the two. They will have many laughs along the way, with regular tongue-in-cheek segments, such as “Self Grab or News Grab”, poking fun at media and themselves.

Lyon will compare his era to the modern game with “That’s Not a Knife”, Brown will offer key footy figures and players advice during “Coffee With Browny” and Riewoldt will wrap his arms around personalities doing it tough with “Give Us A Hug”. 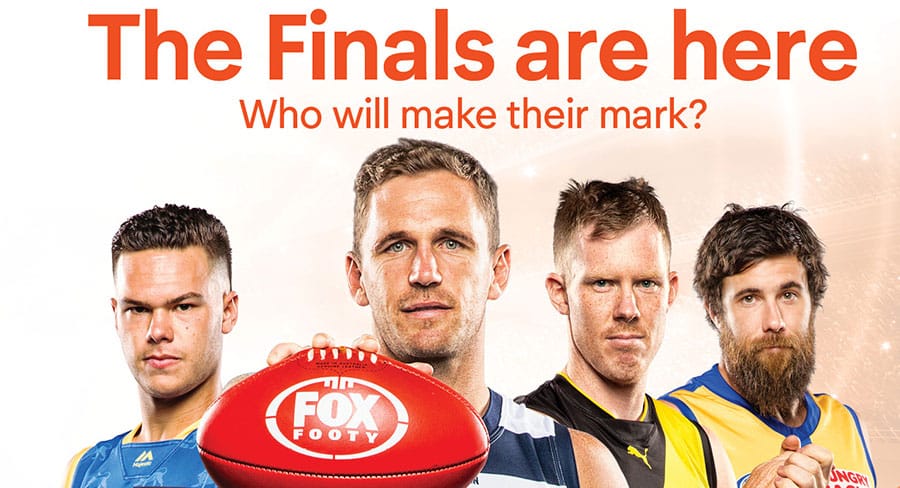 “The Bullring will be a lively, fast-paced chat about the issues of the day with an eye to the past as a reference point. We’ve just scratched the surface of Brown and Riewoldt’s media talent and as the show’s name suggests, getting the young bulls into the ring, eyeballing each other across the desk should make for some interesting and entertaining viewing,” said Lyon.

David King and Ben Dixon return for The First Crack podcast this Saturday night after the footy. The televised podcast will offer fans the first analysis of the four qualifying and elimination finals.

Fan-favourite AFL 360 airs Monday-Wednesday making way for the game on Thursday this week and On The Couch will continue in regular time-slot on Mondays.

Jason Dunstall and the Bounce team move to a special time on Saturday afternoon live between the two blockbuster finals.

The comedy quiz show The Beep Test, with guests Kelli Underwood and Adam Spencer, and will air in regular time on Sunday after a replay of Bounce.

On The Mark takes a break this week, returning next week with special guests.

All four finals games will be televised live, with Fox Footy taking the Seven coverage of the clashes, but without the ads during play.

The Fox Footy team will provide extended analysis shows pre-game, at half time and post-match.