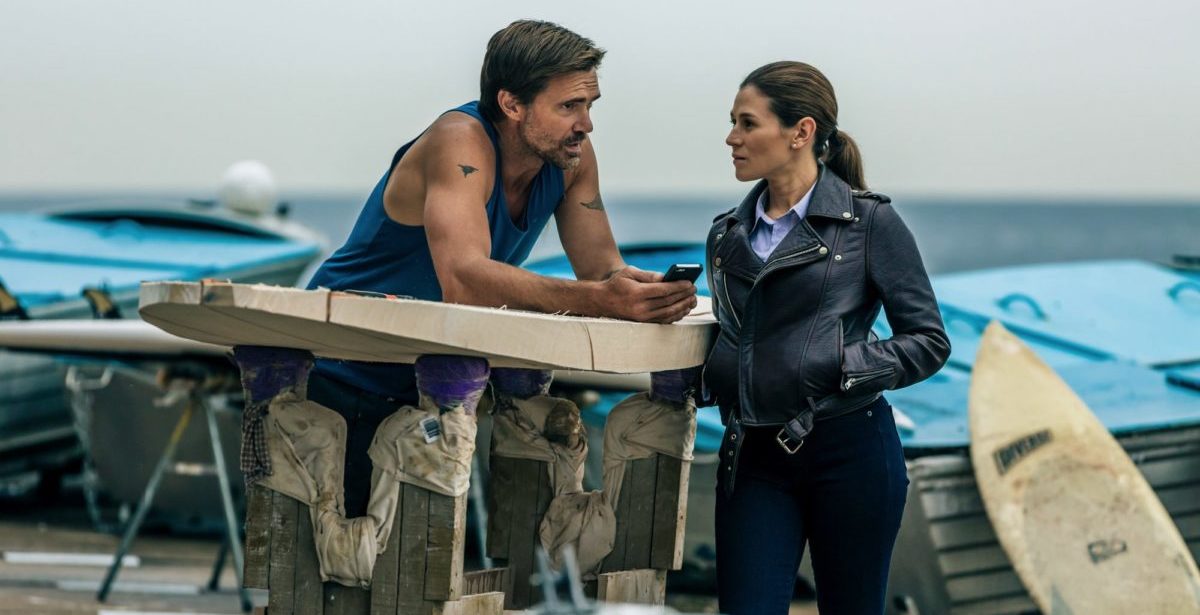 The Drama Report captures Australian and foreign films and TV dramas shot or post-produced in Australia during the financial year. The report provides a snapshot of how much screen content is in active production, with many titles yet to premiere. Australian subscription video-on-demand (SVOD) titles were also included in the analysis.

Overall $843 million was spent across 118 productions this year compared to $853 million across 101 productions last year.

“What really stands out for me in this year’s Drama Report is the record expenditure on Australian TV drama,” said Graeme Mason, CEO of Screen Australia. “I’m delighted to see every single network had multiple dramas in production – an unprecedented 58 in total – responding to the Australian audience’s appetite to watch their own stories on screen.”

“From a very small base it is fantastic to see the growth in online drama, said Screen Australia COO Fiona Cameron. “New talent developing local IP and selling to new platforms showcases the innovation of the sector.” 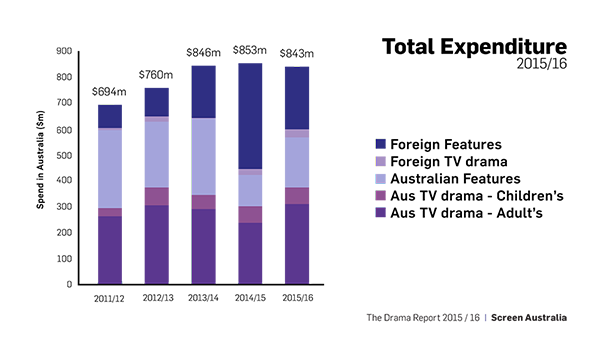 The trend towards shorter length, high-cost TV dramas continued. This is reflected in an abundance of short-run shows (mini-series) such as Barracuda, Deep Water and The Secret Daughter. With the exception of ongoing serials Home and Away and Neighbours, long-form series (comprising 20 or more episodes) are now completely absent. Programs purposed as web series continued to make the leap to television. For example series 4 and 5 of Starting From Now, which was funded by Screen Australia for online self-distribution, was picked up by SBS. 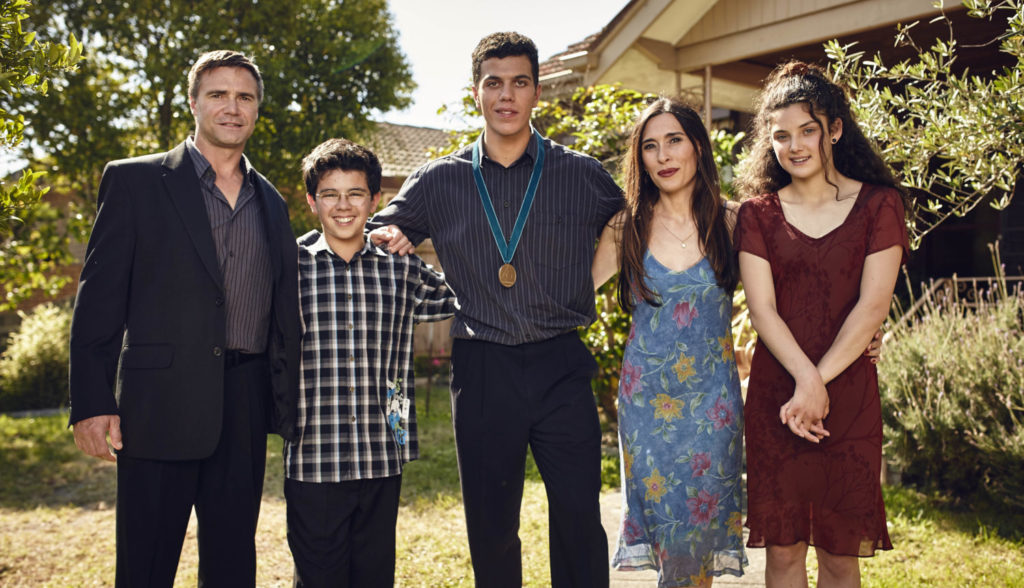 Broadcasters remain the leading financial backers for Australian TV drama, however the proportion of government funding has increased slightly, with 91% of titles having received some form of federal government assistance. More than half of titles (53%) received Screen Australia funding, compared to the average of 40% of titles over the four years prior. The Producer Offset administered by Screen Australia contributed $46 million, up from $38 million in 2014/15.

There was a $72 million increase in spending for Australian features, but total expenditure fell short of the $235 million five-year average. Maintaining the trend, most of this year’s feature titles (76%) were made for less than $6 million, with the greatest concentration costing between $1 million and $3 million. 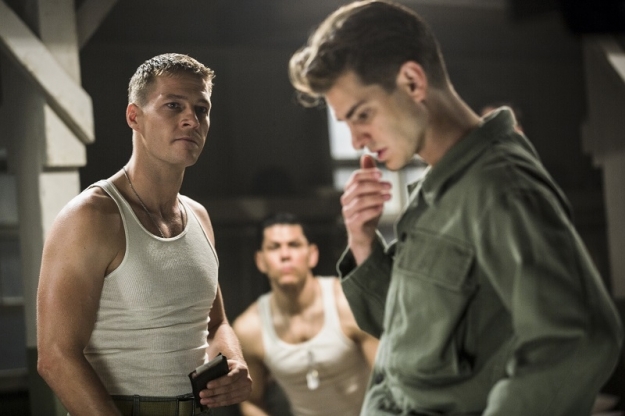 Foreign investors contributed the highest proportion of finance to the 2015/16 slate, making up 33% ($69 million) of total Australian film finance. Government funding increased to $32 million (16%). This included $18 million from Screen Australia and $14 million from state screen agencies, with the remainder made up of funding from organisations such as the Australian Children’s Television Foundation and film festivals.

Producer Offset returns rose to $65 million, accounting for 31% of all finance, while Australian film and TV industry contributions increased to $30 million making up 14% of all finance.

Foreign production generated a total spend of $273 million across 31 titles, including features and TV dramas. This followed an atypical highpoint in 2014/15 of $431 million (driven by Pirates of the Caribbean: Dead Men Tell No Tales and two LEGO® franchise movies), however this year a greater number of titles countered the anticipated drop in expenditure. Foreign TV drama experienced a strong year with a $31 million spend. This was up from $21 million last year and well above average. Contributing to this result was location shooting for TV dramas including Hunters (US), and PDV activity for a number of foreign titles including Game of Thrones (series 6).