Although Pretty Little Liars hasn’t topped the Overall TV charts this week in either Australia or New Zealand, the last ever episode going to air has kept it hovering in the top three.

Orange Is The New Black continues to rank #1 on the Digital Originals chart in Australia while The Handmaid’s Tale is on top after toppling OITNB in New Zealand.

Despite its recent new season release and historical importance to the streaming sector, House Of Cards has lost some of its punch and sits at #4 in Australia and #7 in NZ. 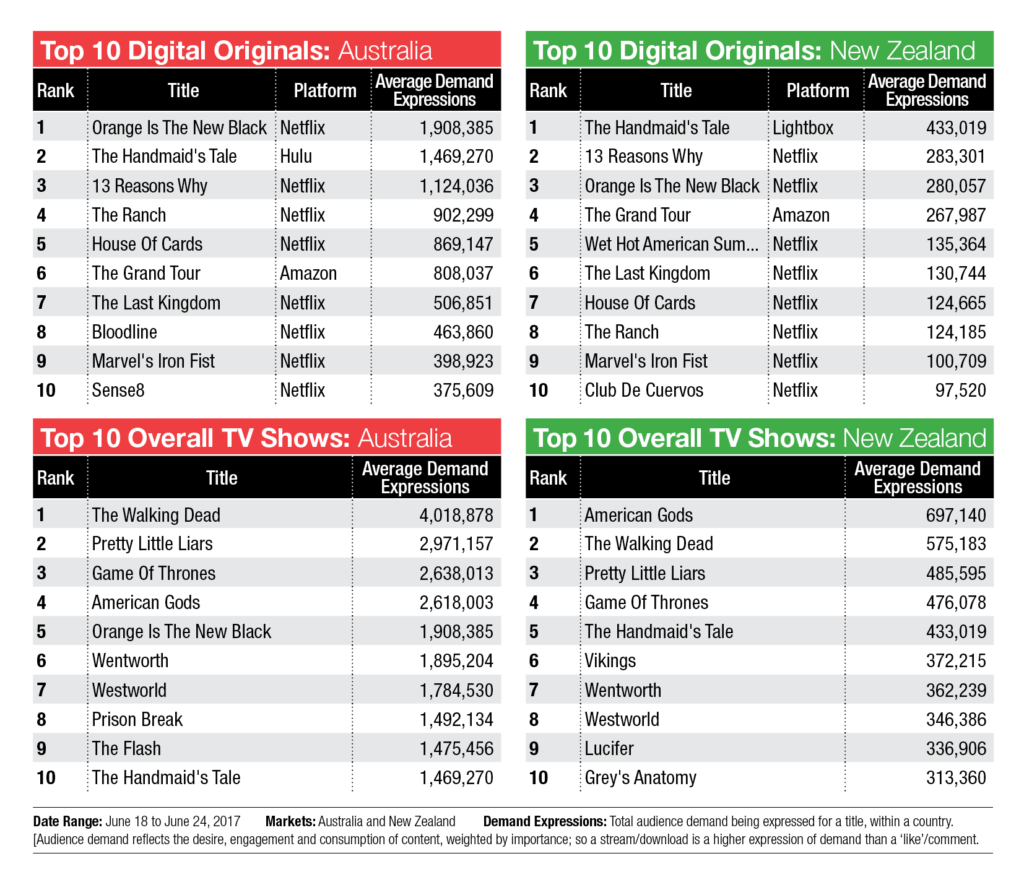