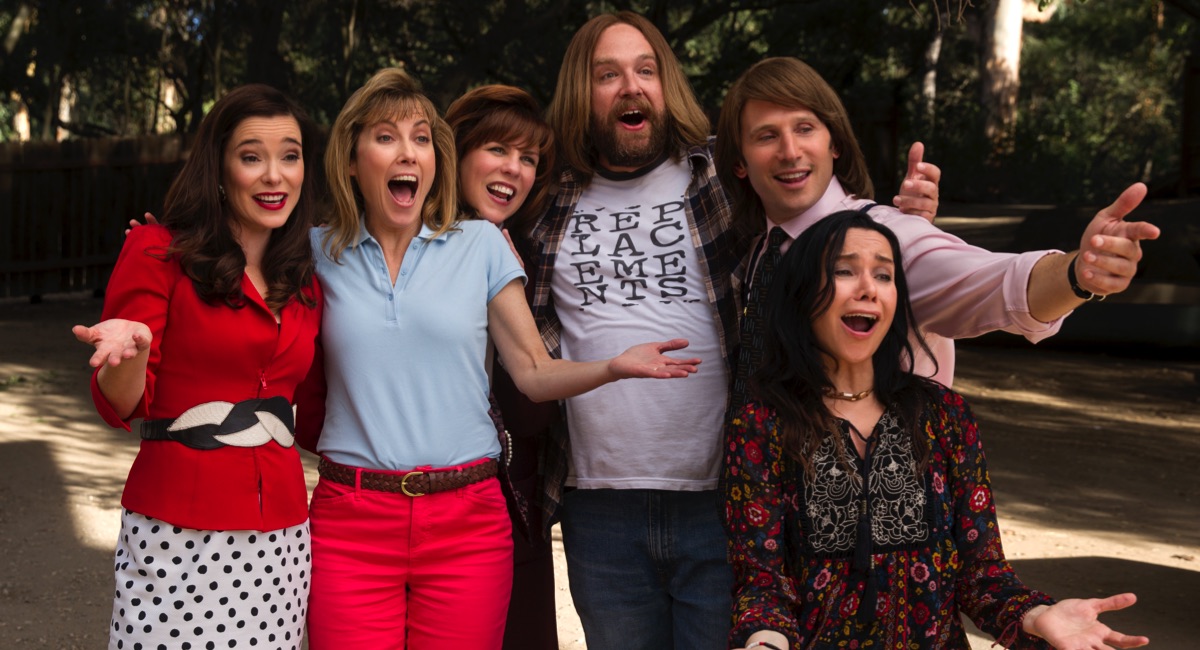 No change at the top for any of the TV charts this week. The Netflix series Ozark continues to rank #1 on the Digital Original charts in Australia and New Zealand. Just this week Netflix announced it had commissioned a second series of the crime drama, which stars Jason Bateman and Laura Linney.

Meanwhile Game Of Thrones continues to lead the Overall TV Shows charts in both markets. With just over a week until the last episode in the short seven-episode penultimate season, the show has been chased by hackers and pirates while some people have even been asking why there are no longer sex scenes on the world’s most-watched TV series.

New to the Digital Originals charts this week is Wet Hot American Summer: Ten Years Later. The eight-episode Netflix series is the latest instalment in the franchise and is set 10 years after the original film was released. 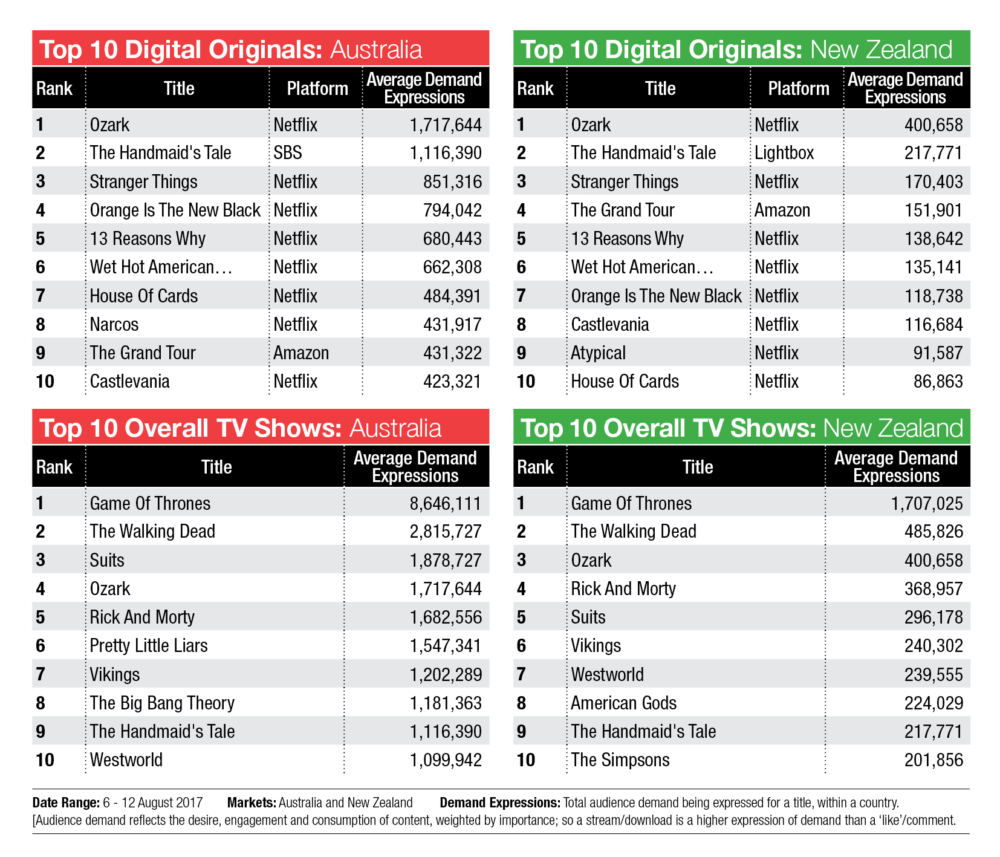