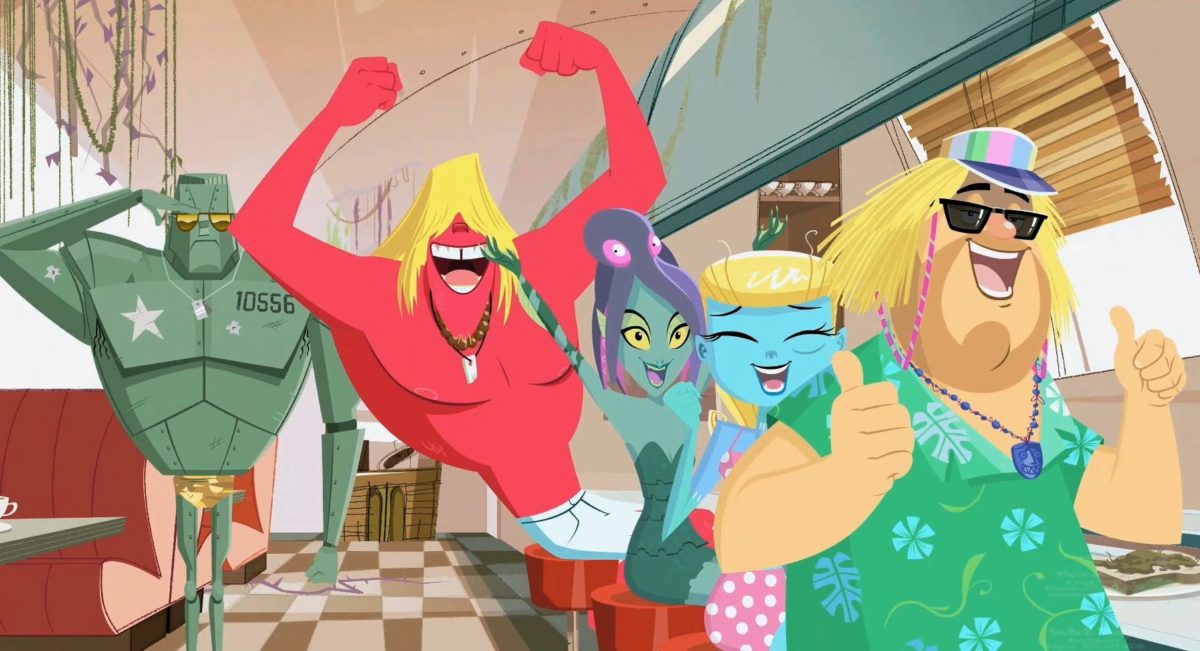 Monster Beach is set in an unlikely world of surfing, hot-rods and monsters

Monster Beach (52 x 11”) is set in an unlikely world of surfing, hot-rods and monsters – where comedy and camaraderie collide. The story centres around two inseparable siblings: Dean is a cheeky prankster with an appetite for fun and Jane, a self-appointed leader with a sense of adventure. And a band of monsters with a passion for discovery and a compulsion for chaos. The series is set to air across EMEA, LatAm and Asia Pacific in 2019.

Monster Beach is created by Patrick Crawley, Bruce Kane and Maurice Argiro from BES Animation, based in Melbourne, Australia. The same team developed the 2015 Cartoon Network telemovie of the same name, which won an ASTRA Award for Most Outstanding Children’s Program and a Screen Music Award for Best Music for Children’s TV.