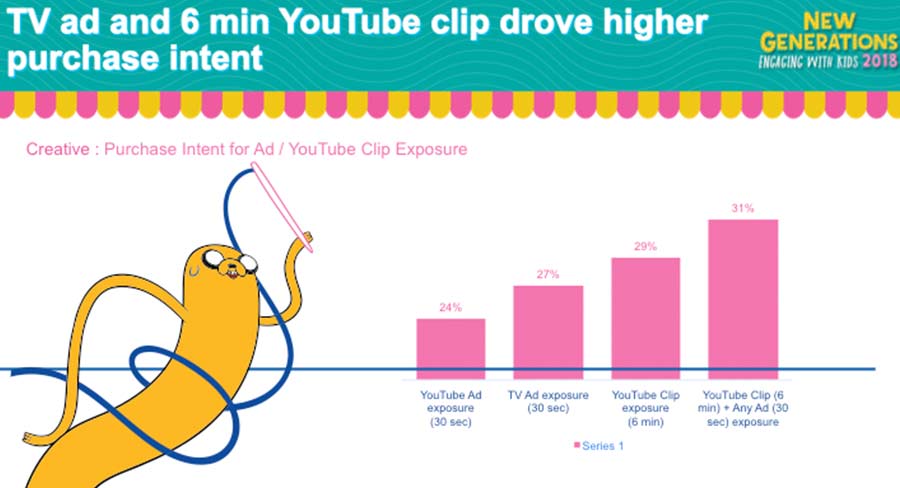 Turner Australia has unveiled the findings of its latest New Generations report.

Turner Australia has unveiled the findings of its latest New Generations report at events in Melbourne and Sydney this week, lifting the lid on what makes our youngsters tick.

The report looks at a variety of aspects facing children aged 4-14 including screen time, content preferences and how they find out about the latest products.

“Understanding the minds of the next generation of content consumers is never an easy task. The kids we spoke to are true digital natives who play by very different rules from us and this report has really thrown up some interesting data,” said David Webb, Turner’s senior director of data & insights for Asia Pacific.

Turner Australia is the company behind brands such as Cartoon Network and Boomerang, and YouTube platform Mega Awesome Wow.

Here are some of the report’s highlights:

What Are Our Kids Watching?

Despite the rise of short-form video platforms, TV remains the largest medium in terms of monthly usage for kids, according to Turner’s New Generations report.

On average, kids are consuming more than two and a half hours of television and movies across all devices and platforms on a typical day, and spend a further 75 minutes on short- form video platforms. Cartoons remain the favourite type of TV content watched by kids, followed by movies and live-action kids shows. Penetration of newer technology has increased amongst households with kids, with streaming devices (+124%), smartwatches (+69%) and VR devices (+60%) having all seen large uplifts in ownership since the last survey in 2016. And while almost all households surveyed now have a smartphone, child access to computing devices remains higher for tablets and computers.

What Are Our Kids Doing Online?

Short-form video viewing was the most common online activity for kids on websites and apps (73%).

Online games overtook school/homework in this year’s survey in terms of key online activities. Minecraft remained the top favourite game for both boys and girls, although recent sensation, Fortnite, was the second-highest favourite title for boys.

Social media usage remains much lower for kids, especially those aged 12 and under, with only a quarter (27%) using any platform in the last month. Instagram has overtaken Facebook for the first time in the New Generations history, with nearly half of the kids using Instagram of which 87% have their own account.

As part of the research Turner also developed AdLab, in order to determine the effectiveness of advertising to kids. The study researched key effectiveness metrics such as ad likeability, brand recall and purchase intent within TV, short-form video platforms and website environments.

“What we saw was that purchase intent increased when an ad was shown on TV only, compared to YouTube only, but further increased when seen on both TV and You Tube. This information could provide brands with better information to plan their campaigns,” said Webb.

Content environments also played a key role in driving effectiveness with ads performing better on all key metrics when kids liked the surrounding content. The research also showed that ads appearing within content for the same brand achieved higher recall (+35%) and purchase intent (+25%).