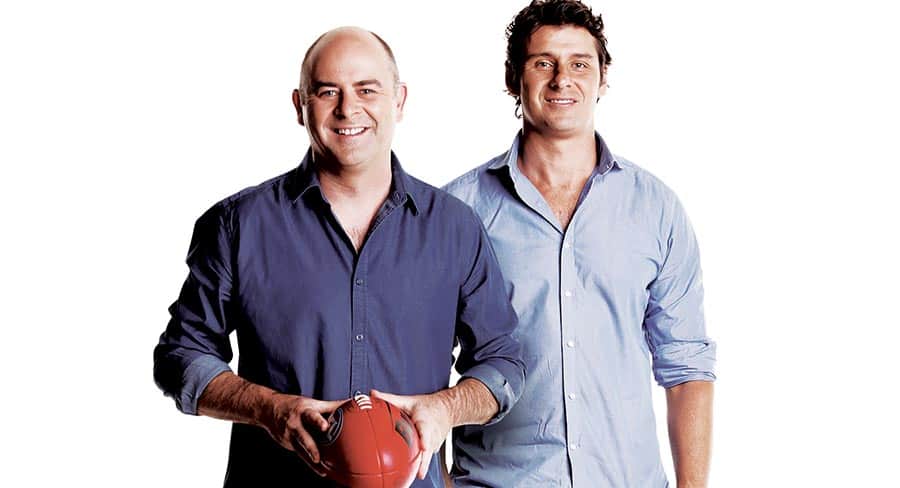 • In a Perth radio first, the show will be available as a podcast before its show time

In a Perth radio first, the show will be available as a podcast before its 6pm-7pm show time on Triple M.

An accomplished Channel 10 sports presenter, Lachy Reid is also a well-known member of the Triple M Call Team and is well regarded for his knowledge and ability to call a number of sporting codes, including 10’s coverage of the Sochi 2014 Winter Olympics.

Andrew Embley is looking forward to the challenge. “I’m so excited to be on air, I feel the people of Perth have forgotten who I am,” he said.

“Lachy Reid owes me! If it wasn’t for our football club creating headlines through the mid-2000s, he would be unemployed! If you reckon those times were wild, wait until you hear the show!”

Lachy Reid said: “In 2006, Andrew Embley was hard to control in the Grand Final, and I dare say nothing will change.”

92.9 Triple M Perth Content Director, Tim Arnold, said: “Lachy and Embers have a unique friendship. They’re just as comfortable regaling each other with their knowledge of AFL and their off-field stories, as they are giving each other a fair amount of schtick… particularly around Lachy’s shiny head.”

Rush Hour WA with Lachy and Embers is the newest addition to the Rush Hour brand across Triple M Australia, and debuts on Monday 22 February via podcast and then from 6pm-7pm weekdays on 92.9 Triple M.