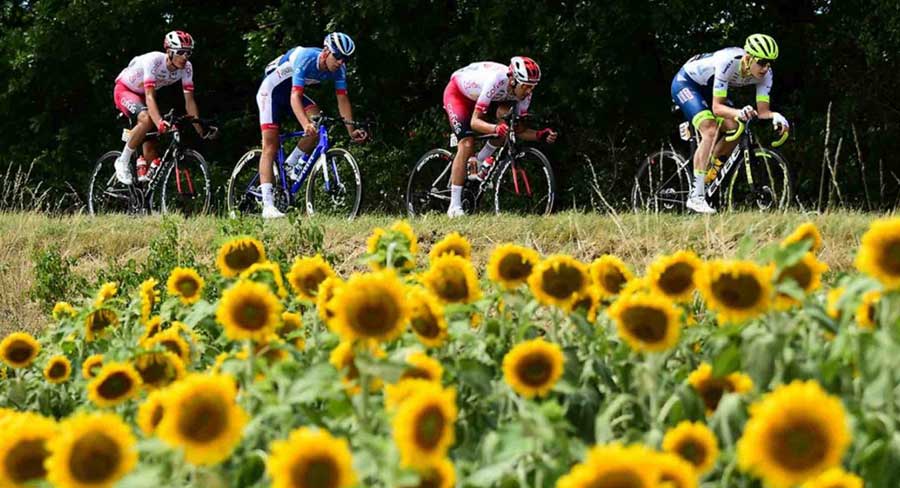 One of the first major international sporting events since the spread of Covid-19 returns this month, with the 2020 Tour de France.
From Nice to Paris, the postponed 107th Tour de France is back with an unconventional and mountainous route. The 2020 Tour de France will feature eight mountain stages with four summit finishes, nine flat stages, three hilly stages, and one individual time trial on the penultimate day.
The race will traverse a total of six regions, 32 departments and cover five mountain ranges – the Alps, Massif Central, Pyrenees, Jura and Vosges.
SBS has been the home of the Tour de France for 30 years and will again provide extensive coverage of the world’s biggest annual sporting event. There are just two Australians competing in the event this year – Richie Porte (above) and Caleb Ewan (below). 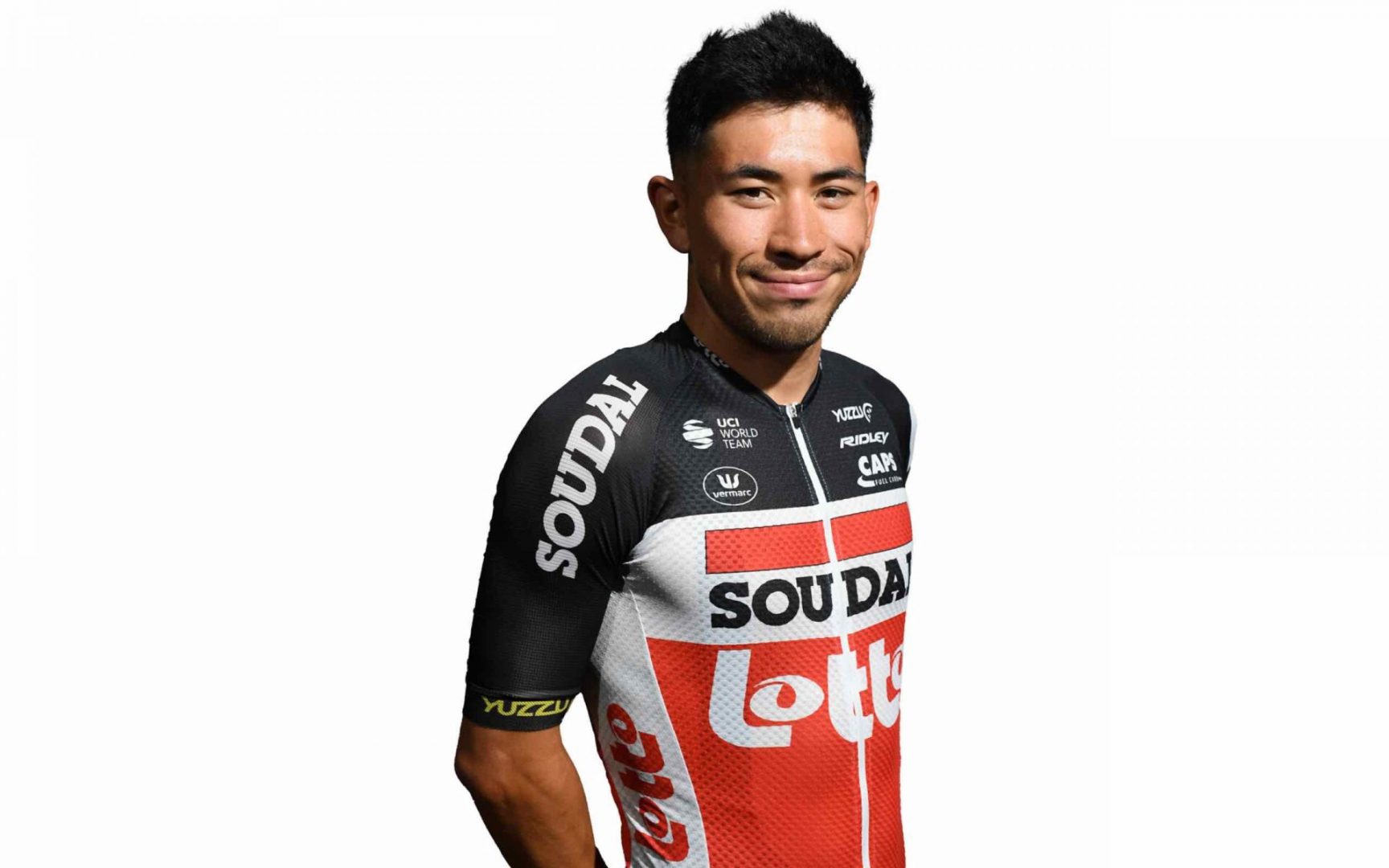 Broadcast times
Broadcast times vary, with most stages starting at 8:30pm AEST (full schedule below). Then, tune into daily Morning Updates from 7.00am on SBS, stage replays on SBS and SBS VICELAND, and evening highlights on SBS. Every stage of the Tour de France will stream live on SBS On Demand and the Cycling Central website. Cycling Central will feature news, opinion, stats, highlights and video on demand. 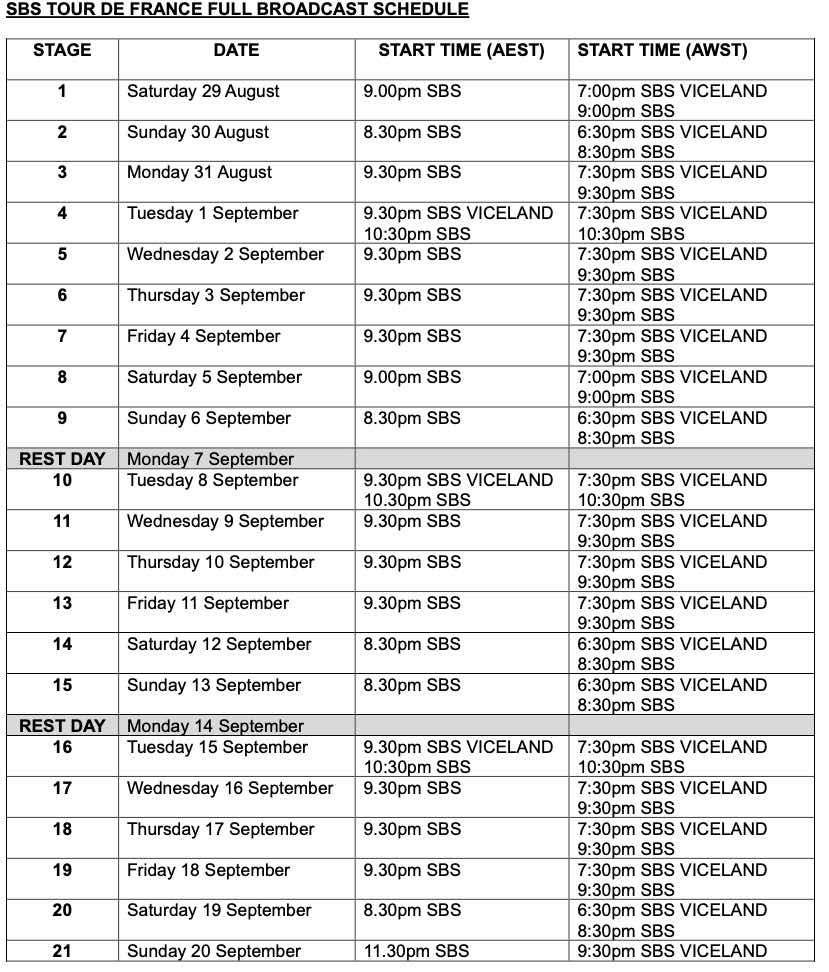 Commentary details
For the first time, the SBS commentary team will be covering the event live from SBS’s studios with esteemed cycling journalist Michael Tomalaris at the helm. Tomalaris has covered the race since 1996, with 2020 marking his 25th year. He’ll be joined by co-host and former Giro d’Italia stage winner David McKenzie. Calling every stage from start to finish is former road cyclist and triple winner of the Tour de France’s green jersey Robbie McEwen and Matthew Keenan who’s known for his encyclopaedic knowledge of world cycling. World record-breaking cyclist Dr. Bridie O’Donnell will join the Tour de France team for first time to provide in-depth analysis throughout the race. 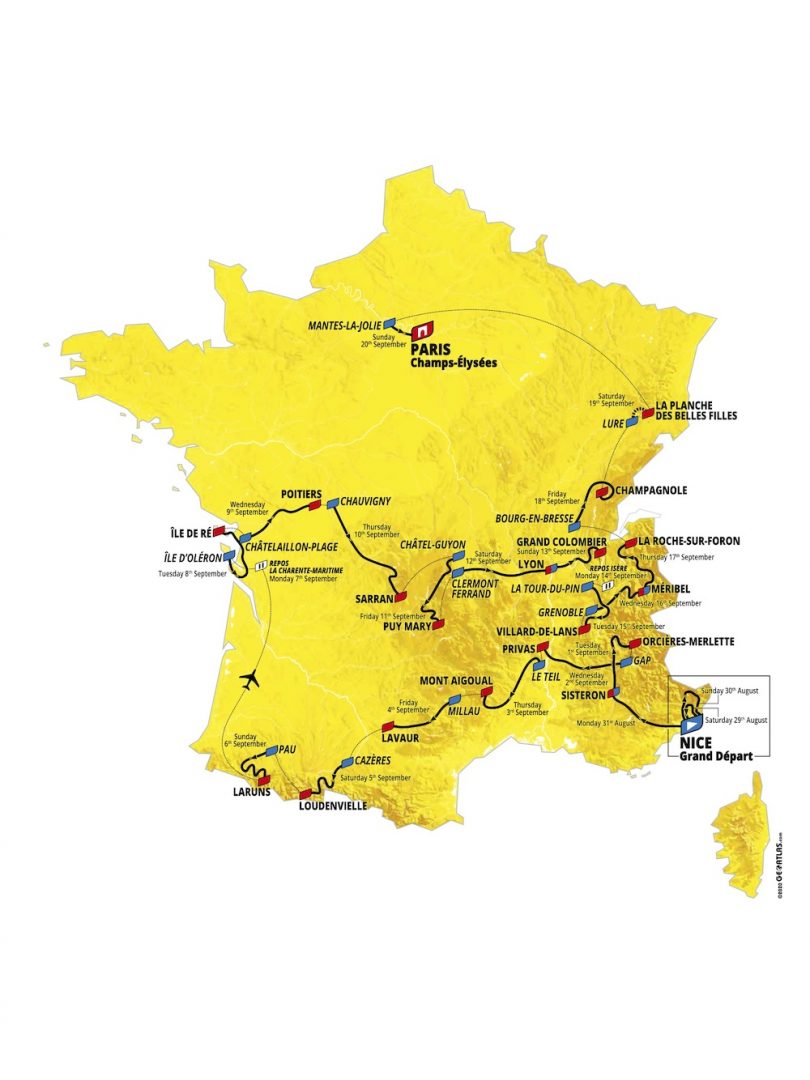 Michael Tomalaris said:
“SBS celebrates 30 years of Tour de France coverage in 2020. We like to think we’ve played a role in changing the TV viewing habits of Australians as a result of our increased broadcast over the years. From screening daily highlights packages in the early days to showing every push of every pedal of every stage in recent years, Le Tour has become an important part of SBS programming.
“The Tour means so much to so many people for different reasons. Sure, it’s a sporting event first and foremost, but throw in the magnificent scenery, the fascinating history, the journey through different regions and the cuisine offerings, and the Tour is an escape for SBS viewers tuning in on the other side of the globe. It’s a cultural journey without having to leave your lounge room. I’m proud to have been linked to the Tour on SBS since 1996 and to have received the network’s backing in that time is testament to the passion and dedication to all involved in the broadcast and who have grown to love the world’s biggest annual sporting event.”

The Zwift SBS Tour de France podcast also returns, hosted by SBS French Radio’s Christophe Mallet and David McKenzie with special guests. The daily podcast features updates on the race, as well as the fascinating characters and distinctly ‘French’ things that make this cycling race one of the biggest sporting events in the world. 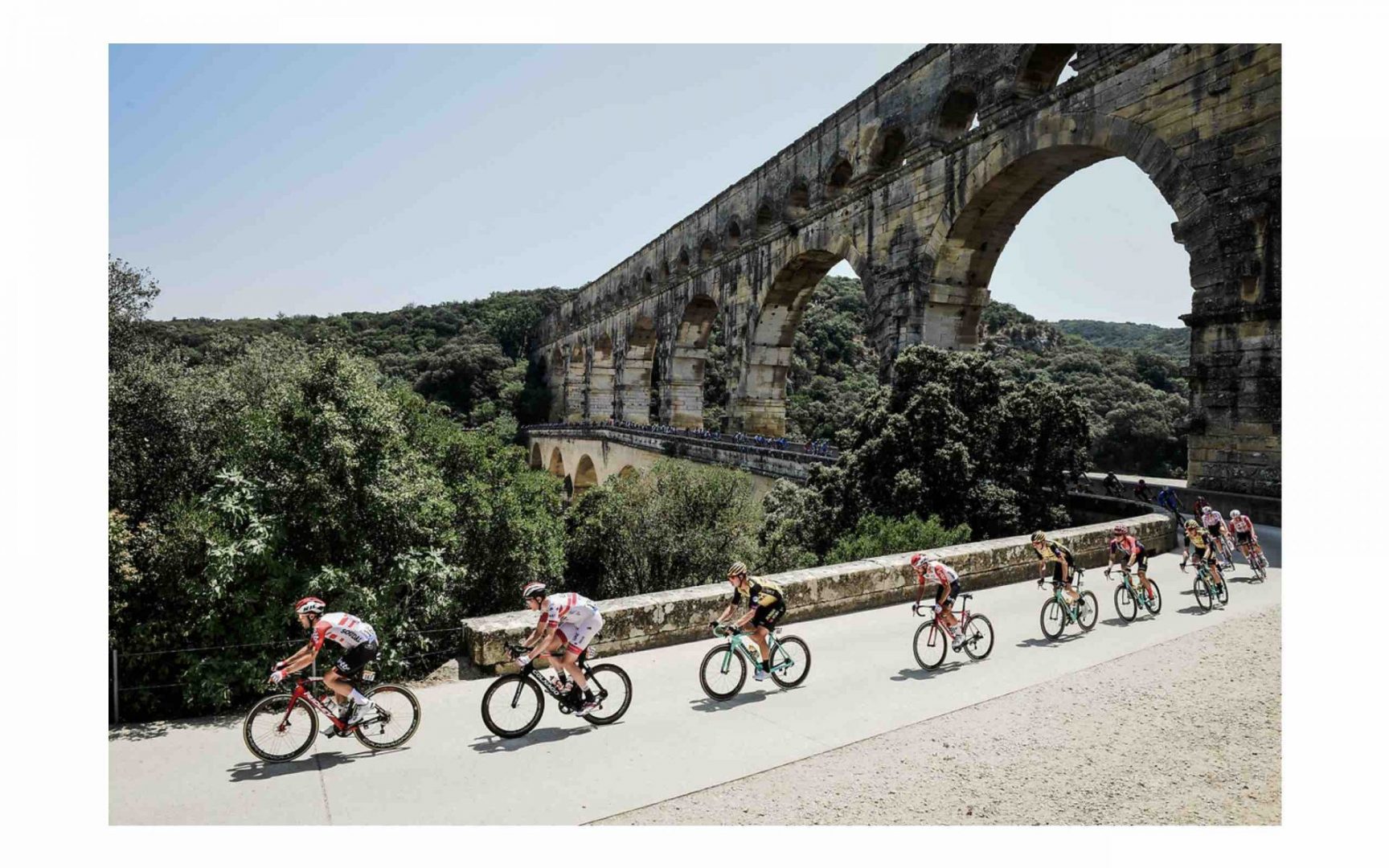 New companion food series from chef Guillaume Brahimi
SBS will launch a brand-new bite-sized food series Plat du Tour during SBS’s coverage of the Tour de France. Hosted by renowned French chef Guillaume Brahimi, Plat du Tour takes over from the long-running Taste le Tour that wrapped in 2019 after 15 seasons with Gabriel Gaté.
Plat du Tour champions the rustic, homespun skills of the French cook. Guillaume Brahimi will take viewers on a tour of great French cooking, and the series will feature 21 recipes that originate from different regions of France and correlate to the different Tour de France stages.

Host of Plat du Tour Guillaume Brahimi said:
“I’m so excited to be hosting a new series that celebrates French cuisine and to be sharing a timeslot with the world’s most iconic race. I’ve been cooking for nearly forty years and I still love it more than ever. I’ve been travelling around NSW and cooking gorgeous French food – the classics. It’s been perfect, and I can’t wait to share these recipes with Australian audiences when Plat du Tour premieres on 29 August.”
Recipes include Ratatouille and Tapanede, Mussels Marinières, and Bouillabaisse with rouille. After the 2020 Tour de France is complete, Plat du Tour segments will air as special episodes on SBS Food. Plat du Tour is produced by Blink TV for SBS. 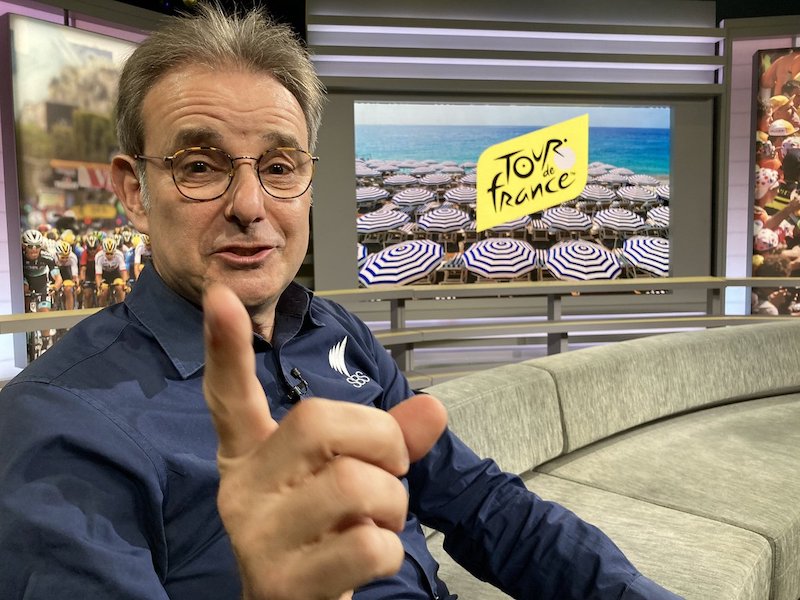 Michael Tomalaris – Host
The SBS authority on all things cycling, award-winning journalist Michael Tomalaris is the face of the Tour de France. Michael’s contribution to the coverage of cycling was recognised in 2011 when he won the Australian Sports Commission Media Award for Best Coverage of Sport by an Individual (Broadcast Media). Michael has reported on the world’s biggest cycling events including the Giro d’Italia, Vuelta a Espana and the Tour Down Under. Michael is known for his supreme knowledge of cycling, expert analysis, and infectious passion he brings to his commentary and reporting of the sport. 2020 is Michael’s 25th year covering the Tour de France for SBS. 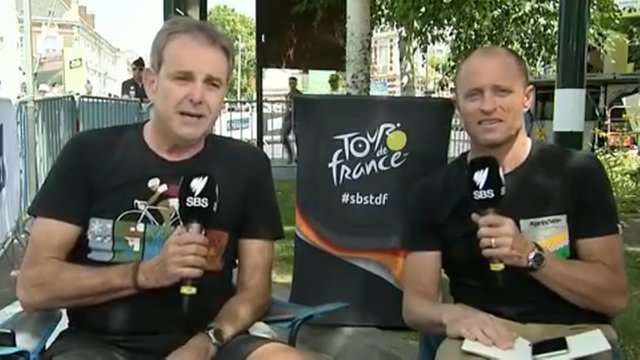 David McKenzie – Host
David McKenzie brings nine years’ experience as a professional cyclist to SBS, providing in-depth analysis of the race, the riders and everything viewers need to know about road racing. Starting his career on the track, David made his first appearance for Australia at just 16. He joined his first professional cycling team in 1997 after a stint at the Australian Institute of Sport and in 1998 won the Australian National Road Championship. On the pro-cycling circuit David has competed in Australia and throughout Europe for various teams, winning stages at a number of events including the Giro d’Italia, Tour of Japan and Tour Down Under. 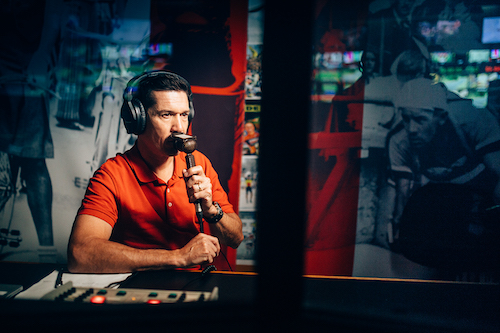 Robbie McEwen – Commentator
Robbie McEwen joined the SBS Cycling team in 2015. A former Australian BMX champion, McEwen switched to road racing in 1990 at 18. He raced as a professional from 1996 until 2012. He last rode for Australian team Orica-GreenEDGE on the UCI World Tour. In 2002 McEwen became the first Australian to win the green jersey overall Points (or Sprint) Classification of the Tour de France. McEwen went on to win the green jersey three times throughout his career, and 12 individual stages at the Tour de France, and at his peak he was considered one of the fastest sprinters in the world. 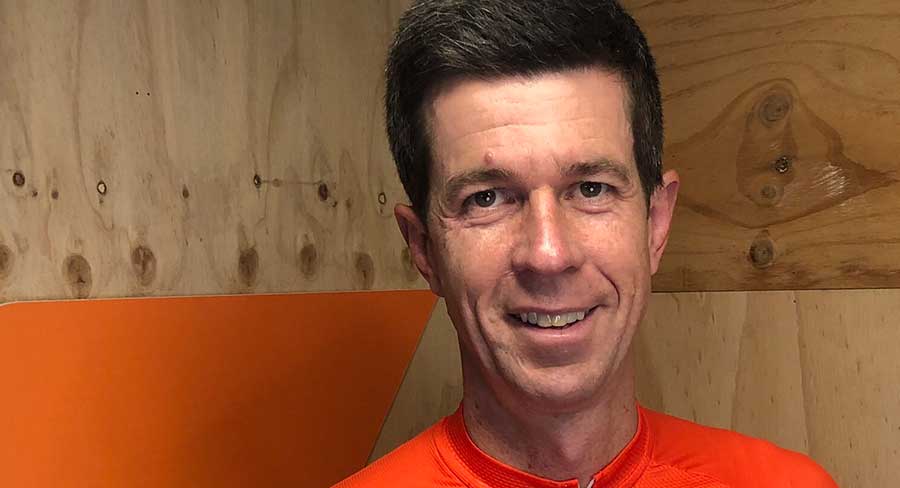 on cycling’s biggest event, the Tour de France. After two seasons of amateur racing in Europe, Matt turned to commentary, having since commentated on the Commonwealth Games, Tour of Spain, Paris-Nice, Giro d’Italia and Tour of Qatar. Known for his supreme cycling knowledge and ability to recall detailed information about individual cyclists, Matt is recognised internationally as one of the leading commentators in the business. 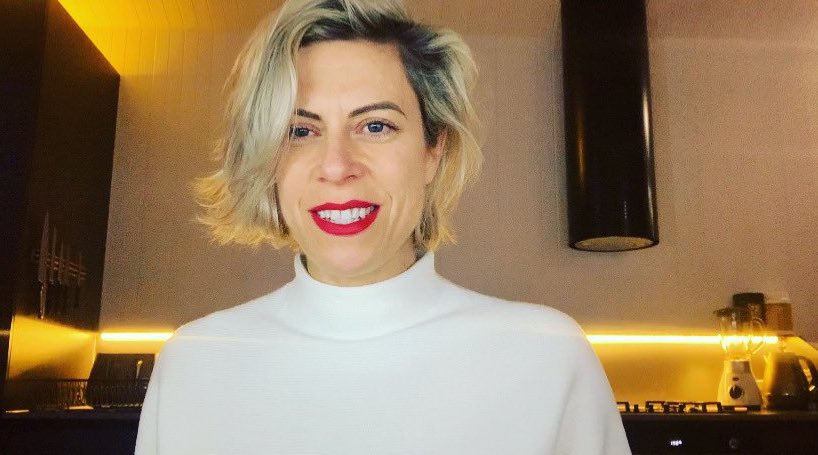 Dr Bridie O’Donnell – Analyst
Dr Bridie O’Donnell graduated as Valedictorian from the University of Queensland Medical School. Between 2000 and 2006 she was a rower and competed in Ironman triathlon, finishing the Ironman Hawaii World Championships in 2006. In 2007, she began road cycling and in 2008 after winning the National Time Trial title, she raced in the Australian National Team, and then Professional Italian teams in Europe and the United States, representing Australia at three World Championships between 2008-2012. From 2013-2017, Bridie managed and raced for Rush Women’s Team in the Cycling Australia National Road Series. In 2016, she broke the UCI Hour World Record. In 2017, she was appointed the inaugural Head of the Office for Women in Sport and Recreation by the Victorian Government and in 2018, her cycling memoir: “Life and Death” was published, detailing her experiences as a professional cyclist in Europe. 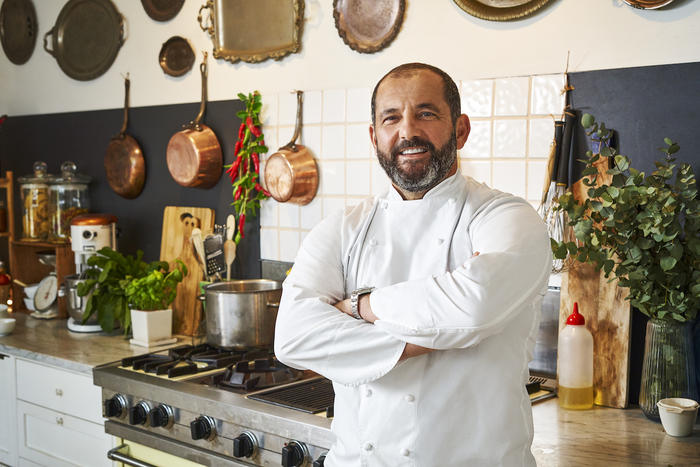 Guillaume Brahimi – Plat Du Tour Host
French-born Guillaume Brahimi is one of Australia’s most popular and acclaimed chefs. He moved to Sydney in the 1990s and in 2001, he won the prestigious contract to take over the flagship restaurant at the Sydney Opera House and in 2001, he launched Guillaume at Bennelong. He’s since opened Bistro Guillaume in Melbourne, Perth and Sydney.
In 2014, Guillaume was a recipient of the Chevalier de l’Ordre National du Merite (Knight of the National Order), a prestigious honour endowed by the French government for outstanding services rendered to France in Foreign Affairs and International Development. In 2015, Guillaume was named Chef of the Year at the annual GQ Men Of The Year awards.