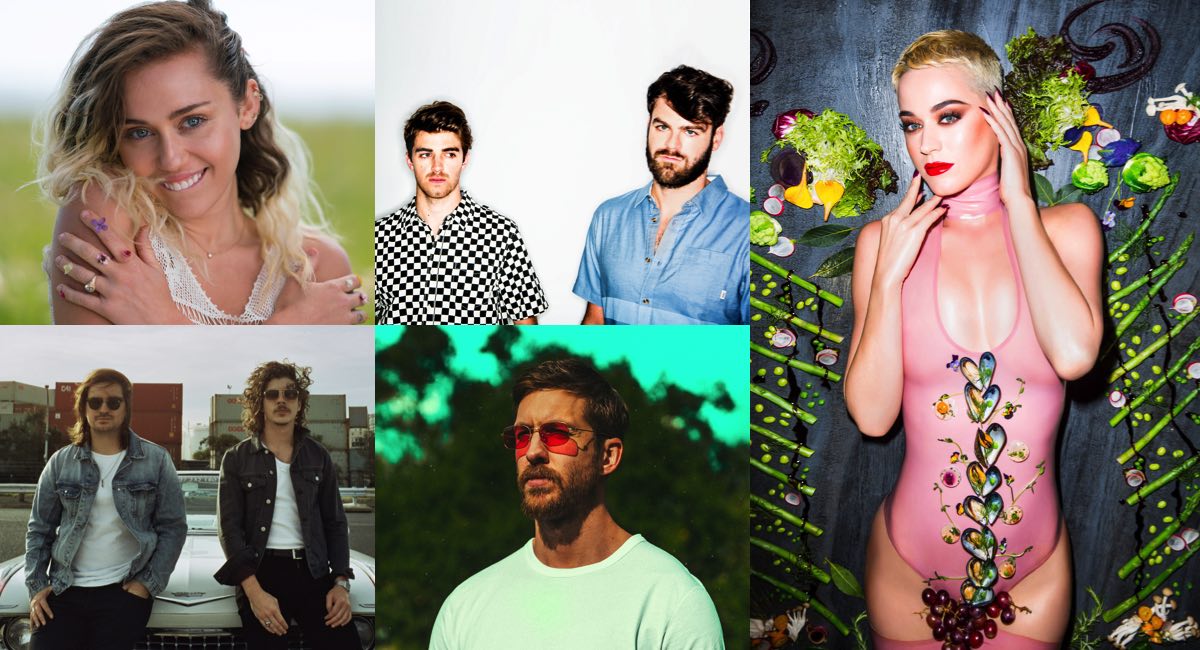 “As far as travel, locations, logistics and lineup, this is a big one”

Nova Entertainment always wants to make each new Red Room Global Tour a little bit more special than the previous. With its 2017 plans unveiled this week it has certainly pulled it off this year.

“As far as travel, locations, logistics and lineup, this is a big one,” Nova Entertainment’s chief digital and marketing officer Tony Thomas told Mediaweek. “It is the longest tour we have had and it is a very big lineup of big names.”

With 12 days on the road for the tour party, it must be a more challenging exercise for Nova Entertainment on all fronts, except perhaps border crossings: “Everything takes place within the one country, which is a little easier for us in terms of international travel,” explained Thomas.

When asked what comes first, the sponsors or the artists, Thomas said Nova needs to work on both concurrently. “We try to line them up so we can best understand what the partners are looking for. The partner we might be working with can help determine the type of artist we go after. We want to make sure the interest in Red Room Global matches the audience and the partner we have on board.” After two years with Optus, and a third year with Qantas as the major sponsor, Mazda is the naming rights sponsor for the 2017 trip. Thomas said Mazda had been interested in working with Nova Entertainment for some time. “They are celebrating their 40th anniversary in Australia and they wanted to do something really big on our network with their Mazda3 vehicle.

“Our Nova Entertainment create team and the sponsorship team within create have been working with Mazda and talking about the Red Room Global for some time. When we presented the lineup and all the opportunities that come with it there was a lot of interest. We had a good working relationship and they understood the history of Red Room Global, its implementation and the lots of opportunities to leverage the event on multiple platforms.

“Qantas are returning again and they have been with us on all four Red Room Global Tours. They are a great partner obviously because they deliver the travel experience and they have been very happy with what we have been able to deliver over the past four years.”

While the international Red Room is the most sought-after ticket each year, domestic Red Rooms remain a priority for Nova and they still turn over big numbers with competition winners filling performance spaces around Australia.

There were two Nova Red Rooms in Sydney this past week – Anne-Marie and then Snakehips – and there is much interest in the exclusive Lorde Red Room coming in July.

MORE: Lorde to perform in Nova’s Red Room this July

“We push out digital and social content to audiences interested in music. The range of the artists involved this year allows us to appeal to a cross-section of people interested in music. It is such a big event that people will come to Nova to try to win a ticket. We get people aged from 18 through to 50 competing and winning places on the tour. For us the breadth of appeal is important as it brings more people to the radio stations, not all of them perhaps loyal Nova listeners.”

We asked Thomas if the Nova brand had considered a bigger event like the smooth Festival of Chocolate for its sister radio station.

“That has always been on our agenda. But because we like to do something different we didn’t want to just put on another music festival or music event. People would be wanting something more unique and we are always thinking of what that could be.”

As to the smooth Festival of Chocolate, Thomas was able to confirm that will be returning for Sydney’s #1 FM station this year. As to a sister festival in Melbourne, Thomas noted there are already many food and wine festivals in that city, which makes it a little harder to try to introduce another one. “Finding the gap in that market is a challenge for us as it is already very cluttered in that space there. We are not ruling out Chocolate for Melbourne in the future, but for the time being our focus is on Sydney. It is a huge logistical challenge for us to put that on and it stretches our resources.”

Although the artists taking part in Red Room Global don’t need to clear the sponsors involved, Thomas said Nova needs to keep the labels up-to-date on sponsorships to avoid clashes. “Qantas is a fantastic partner and one all artists have been very supportive of in the past. The music labels make sure there are no conflicts with any brands any of the artists may have partnered with in the past.” This year Nova Entertainment is working with Sony Music for The Chainsmokers, Miley Cyrus, Calvin Harris and Peking Duk. EMI represents Katy Perry. “For us it is about working with the labels who get what we are doing with Red Room Global and understand we are taking a bunch of people overseas and giving them an incredible experience. The labels this year have been able to make available an incredible calibre of artists.”

Mazda gets promotion on all the pre-tour publicity as Nova builds the touring party of competition winners.

Tony Thomas: “They get exposure to the tour via the pre-promotion on Nova and across all our digital and social assets. Mazda is also involved the ticketing with some tickets being given away to Mazda customers. Mazda also has access to content Nova publishes throughout the tour including performance content and content shot between the performances including travel content and footage from Smallzy’s Nova evening show that is broadcast daily from the tour. Post-tour, Mazda also has access to wrapup content we publish via digital and social.”

As to seeing Nova-branded Mazda3s on the road, Thomas said not just yet.

The two agencies involved are OMD and 1Mazda @ CHE Proximity.

Thomas said there was interest from a number of potential sponsors when Nova Entertainment first took the 2017 opportunity to market.

Although the tour is taking place within the US this year after start and stop gigs in Sydney, the 50-strong tour party will get to see a fair bit of the US with this itinerary: Sydney – Los Angeles – Rhode Island – Las Vegas – New York – Sydney.

“It is good this year that we can spend a little longer in some of the tour stops. While our guests will get to see major artists, we want to ensure they have an incredible travel experience too in each of the amazing places we visit.”

Of the group of 50 people, there will be just over 30 contestant winners on the journey. “We have a big team on the road from tour organisers to content teams to broadcasters. We have proven over the past four years we can manage the Red Room Global very well and we have an incredibly capable and experienced team.”