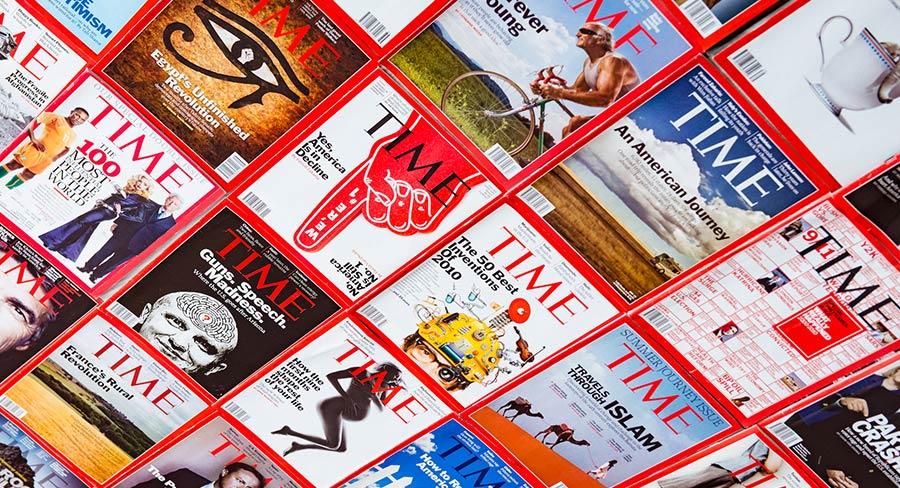 The company that acquired the Time Inc media brands in January this year, Meredith Corporation, has entered into a definitive agreement to sell the TIME media brand to Marc and Lynne Benioff for US$190 million in cash. The transaction is expected to close within 30 days.

The Benioffs indicated they are purchasing TIME personally and the transaction is unrelated to Salesforce.com, where Marc Benioff is chairman, co-CEO and founder. The media brand will continue to be led by TIME’s current executive leadership team.

A statement accompanying the sale noted TIME is a global, breaking news multimedia brand that reaches a combined audience of more than 100 million readers in print and online, including over 50 million digital visitors and 40 million social followers each month.

“We’re pleased to have found such passionate buyers in Marc and Lynne Benioff for the TIME brand,” said Meredith president and CEO Tom Harty. “For over 90 years, TIME has been at the forefront of the most significant events and impactful stories that shape our global conversation. We know TIME will continue to succeed and is in good hands with the Benioffs. We thank the TIME team for its ongoing hard work and passionate commitment.”

Meredith acquired TIME as part of its purchase of Time Inc., which closed on January 31, 2018. Shortly thereafter, Meredith announced it was selling Time Inc.’s news and sports brands – TIME, Sports Illustrated, Fortune and MONEY – to focus on brands serving its core audience of American women. Meredith expects to announce agreements for the remaining asset sales in the near future.

Vanity Fair has reported that as any as 80 people initially expressed interest in the Time Inc title Meredith was selling, with 15 of them having discussions with Meredith.

“We are honoured to be the caretakers of one of the world’s most important media companies and iconic brands,” said the Benioffs. “TIME has always been a trusted reflection of the state of the world, and reminds us that business is one of the greatest platforms for change.”

The Wall Street Journal reported new TIME owners join other wealthy people from the tech world to buy a traditional news publication. In 2013, Jeff Bezos, chief executive of Amazon.com, bought the Washington Post. And last year, Laurene Powell Jobs, the wife of the late Steve Jobs, acquired a majority stake in the Atlantic magazine via her organization, the Emerson Collective. As part of the transaction, Meredith will provide short-term business continuity services and has entered into a multiyear agreement with the Benioffs to provide services such as consumer marketing, subscription fulfilment, paper purchasing and printing. Meredith will also be able to include the TIME brand in large corporate advertising buys.