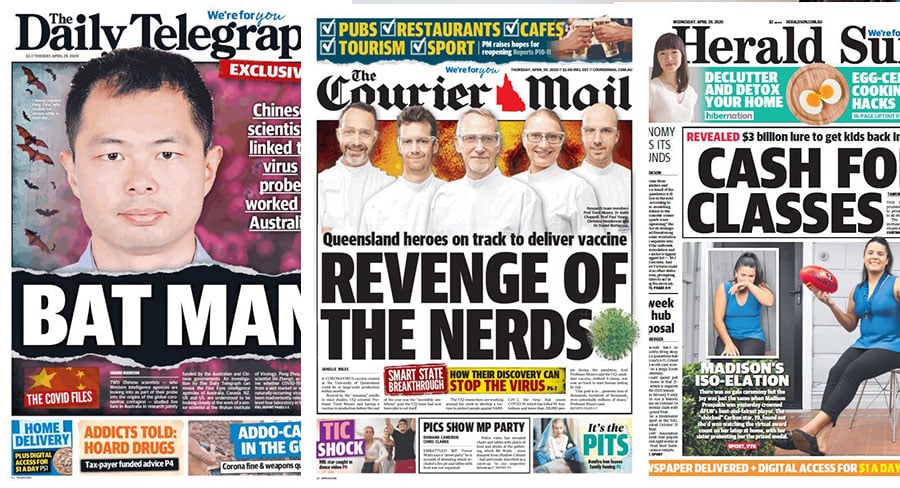 Australian newsagents are not welcoming the decision by News Corp Australia and Chemist Warehouse to join forces to make newspapers available to customers during the coronavirus pandemic.

From this week, 100 Chemist Warehouse stores across New South Wales, Victoria, Queensland and South Australia will become a point of sale for News Corp’s metro mastheads, The Daily Telegraph, Herald Sun, The Courier-Mail and The Advertiser.

The initiative will operate on a trial basis until July and, pending the result, may be extended to 400 stores nationwide.

Mark Fletcher, a Melbourne retailer with three stores in addition to running newsXpress which runs a franchised group of 225 retailers, told Mediaweek:

“Newsagents are wondering if the News Corp move to sell papers through Chemist Warehouse is a move by the company to break away from these local family businesses. It certainly looks that way. Equally, it could be News Corp sucking up to a valuable advertiser.

“Given the Chemist Warehouse model, look for free papers to be offered when shoppers spend above a certain amount, like News Corp regularly runs in supermarkets. These campaigns hurt local newsagency over the counter sales.

“Regardless of the reason, the News Corp decision will hurt small business newsagents and this is bad news for the channel.”

“I think this move sucks. There is nothing good about it for newsagents. The move by News is socially irresponsible.

“Our channel has been a good and faithful servant of News Corp for decades. We already have had to put up with cuts to margins and watching as publishers preference supermarkets with sweet deals.”

A News Corp Australia spokesperson told Mediaweek today:
“Our support for newsagencies is unchanged as they remain the major channel for our print distribution. However, we’ve always sold our news brands through multiple channels, ranging from our websites to newsagents, the local milk bar to supermarkets and petrol and convenience stores. Adding an essential service like pharmacies to this mix makes sense given people are turning to trusted news sources for accurate information about the COVID-19 crisis.”