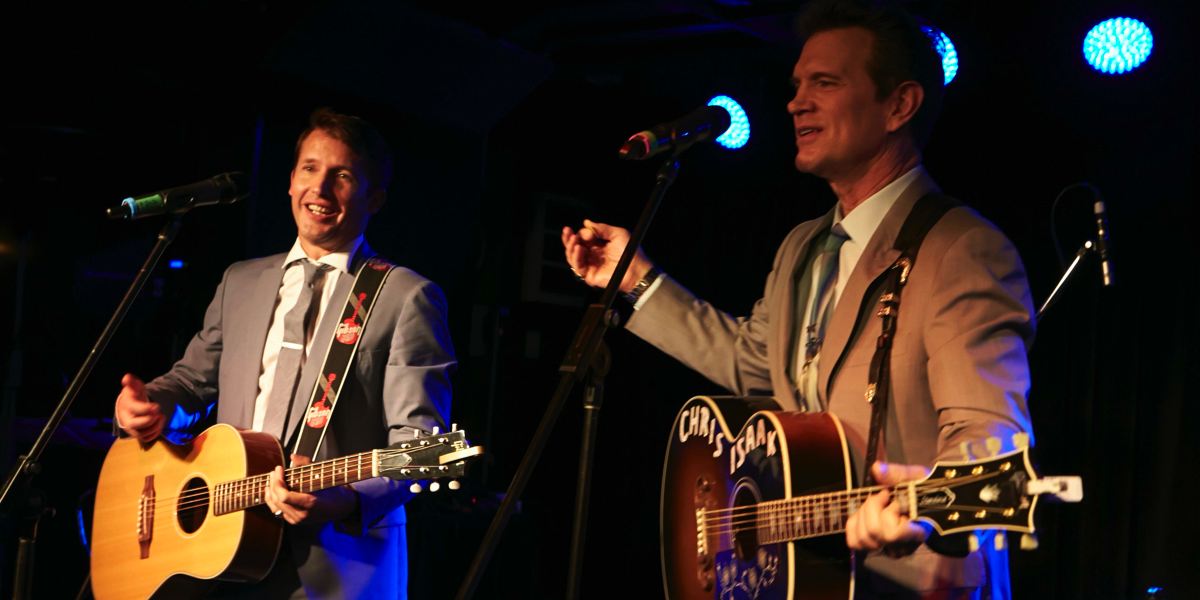 The X Factor Australia celebrated six years at The Basement in Sydney last night with food, booze and music … lot’s of it.

Kicking off the official proceedings, host Luke Jacobz welcomed the audience and talked about the show’s visit to London via Abu Dhabi with Etihad to meet the godfather of the format Simon Cowell.

“Guy Sebastian actually turned up on time and he was quiet well behaved, so this is obviously [when] you know the big boss is around,” he joked.

In a first for The X Factor, all the judges performed some of their well-known tunes. However, Dannii Minogue decided to perform an acoustic mashup of songs including Spiller’s “Groovejet (If This Ain’t Love)” and Years & Years’ “King”.

US crooner Chris Isaak then took the to the stage with his guitar. Standing in front a microphone adjusted to Minogue’s height, Isaak poked fun at his colleague: “Is this a set up for James Blunt?”

Isaak treated the audience to the first track from 1995 album Forever Blue, “Baby Did a Bad Bad Thing”. Isaak called on Blunt on stage to perform a duet to “Wicked Game”.

“He’s given me the girl bits,” Blunt said.

Isaak replied: “It sounded a lot nicer with Dannii.”

“You know what they say,” Blunt said to the audience. “If you pay peanuts, you get monkey. I am Chris’ monkey.”

Fun banter like this between the two judges provided the audience with a lot of laughs.

Blunt then performed an acoustic version of “Bonfire Heart” on his guitar with Isaak providing the back up vocals.

Returning judge Guy Sebastian then took to the stage by saying: “Give it up for my support acts Dannii Minogue, Chris Isaak and James Blunt!”

“No, I am just joking,” he quickly clarified.

Isaak resurged in the front row during his performance and at one point yelling: “I love you Guy!”

All the judges revealed the members of their team. The top 12 for The X Factor 2015 are: