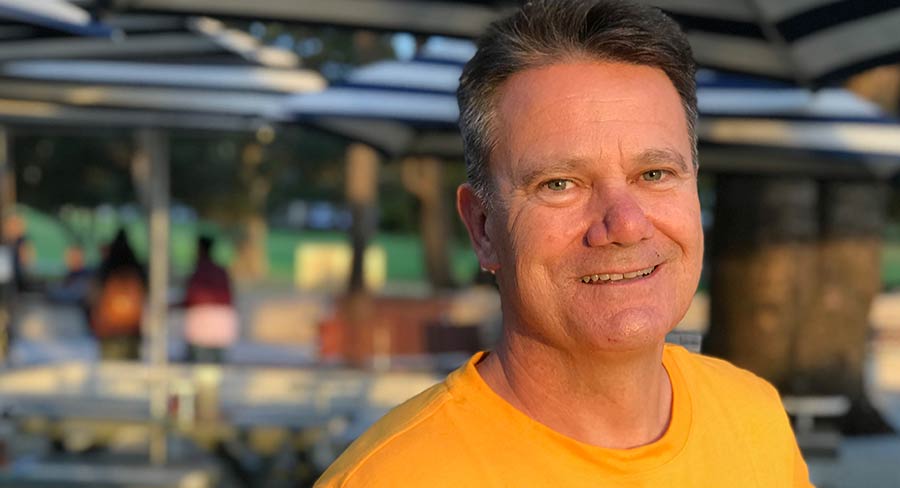 David Castran has sometimes been called the TV doctor. The audience researcher has a long background in the industry working for a number of companies before launching his business Audience Development Australia (ADA) in 1993.

ADA successfully launched Q-scores, which ranked TV personalities according to how focus groups engaged with them. The first Q-scores were released in 1998.

“In 1993 I realised there was a gap in the market for non-ratings TV research,” Castran told Mediaweek. “We were researching the audience attitudes that drove the ratings.”

This time ADA will also be researching Netflix and Stan and online news services in addition to FTA TV.

Early in his career Castran worked for AGB Brandscan, later to become Homescan. The company was run by researcher Bill Pulver who sold it to Nielsen for $23m as part of a deal that wound up AGB, formerly owned by British media mogul Robert Maxwell.

Castran was later at Nielsen running the people meters before moving to Prime Television.

In the 1990s ADA did a lot of work on the evening news bulletins, key programming that locks in an audience early in the night.

To help get the lead back, Nine introduced Bingo and a new promo called “Who’s who of news”, which eventually saw them claw back the lead over Seven.

In an industry not always known for straight talking, people hiring ADA won’t always like what they hear.

“The thing about journalism and research is, people are sometimes afraid of the truth,” said Castran. “I am not a sugar-coater. The great David Leckie told me to never be a sugar-coater.”

Castran used to pass on learnings from one of his early mentors: “Don’t bother buying research if you are going to let it collect dust in the draw. It’s a waste of money,” he would tell clients. “The truth hurts. Move past that, don’t assign blame and act to shore up your audience. This is what ADA Q-scores does so well. Clients missed it, which is why it’s coming back.

“Australian TV has enormous potential, but needs a tune up. Social media and Google ads don’t engage viewers nearly as well as TV and Australian TV is the gold.”

One of the big successes at Seven that ADA was involved with was the launch of one of its most successful dramas. “In 2008 I tested programs Seven wanted to launch after the Beijing Olympics. One was Packed To The Rafters and we tested the program with the show’s creator Bevan Lee and Seven’s head of drama John Holmes. The audience reaction was off the scale. It was one of the top three pilots I have ever tested from 500 shows since 1993 – the others were Desperate Housewives and Always Greener.

“Leckie was hoping Seven could maintain its audience after Beijing.”

After presenting the research, Castran later shared a lift with the TV boss one day. “Leckie said to me: ‘Your research was spot on.’ I said it was viewers, not me. Leckie insisted that it was our analysis.”

Castran said after that business pick up, soon doubling its annual revenues. Clients then included Seven, Nine and Ten and subscription TV channels.

Q-scores were seen by many as an essential part of a network’s research. The first Q-scores client was Nine Adelaide, then owned by John Lamb. Castran: “The data helped explain the ratings. The Q-scores were an overlay to the very important ratings data. It was never meant to be an alternative.”

In 2010 Castran took a gap year and suspended Q-scores and later signed an exclusive agreement with James Warburton when he was running Network Ten in 2012.

“It took years to train people to a level that networks expected and my staff were being poached at their peak leaving me high and dry,” said Castran. “It was a case of the birds leaving the nest and I’m proud of what they have gone on to achieve.”

ADA is bringing back the Q-scores in addition to its qualitative research. “Every month we will be qualitatively researching, primarily focusing on the Sydney market. The Q-scores will have an on-going sample of 2,000 every four weeks available only to subscribers.”

Castran: “Research is not something you just blindly follow. It is an overlay to your gut feel to be used judiciously.”

“Engagement is the key. What I am excited about is the focus groups telling me is that TV is not dead. The networks in Australia need to stick to what they do best. That is making programming that engages audiences that in turn helps sells product and builds brands.”

Castran refers to his research as “TV Tupperware”, hosting groups of people right across Sydney.

“TV is not dead, but there are problems. Action needs to be taken and there is a lack of innovation.”

So confident is Castran in the medium, he said he would invest tomorrow if he had the funds to acquire a FTA broadcaster.

The medium is not without its challenges.

One of the problems according to ADA focus groups is the news. “It needs a heap of work. The weather is as flat as a pancake according to audiences. The whole news hour is too long and too dull.”

Castran’s advice is to cut back the news bulletins to 30 minutes again.

“Audiences still love Tracy Grimshaw on A Current Affair. You know who else they love – Jana Wendt. Viewers love a mature, aggressive presenter.”

Other opinions from recent research identified Have You Been Paying Attention? as one of the most-loved programs. Although some people winced at the canned laugh track.

“All of the networks are also using over-the-top voice over promos. People don’t like it.”

Hoping for something different at 7.30pm? Forget it. “People love all the big reality formats. People are obsessed with Married At First Sight. They don’t worry that it is contrived reality and they enjoy the conflict.”

The return of Q-scores might worry some celebrities. Castran said the rankings will again guide network executives to up-and-comers, overpaid people not engaging with audiences and also TV fringe dwellers who deserve a pay-rise and a more prominent role.

To spend a session with Castran is eye-opening and certainly he doesn’t sugar coat. He referred to one high profile sort after TV host as “not worth the money” and “very dull” on camera.