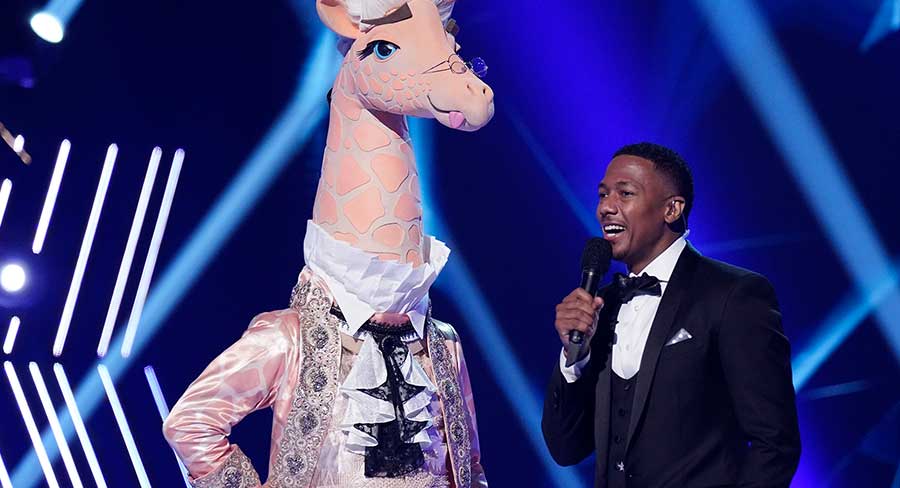 • 10 has released a few hints about the costumed contestant ahead of the first episode.

The unsung heroes of The Masked Singer USA will be making their big entrance Wednesday, September 30 at 7.30pm on 10 and 10 Play.

10 has released a few hints about the costumed contestant ahead of the first episode.

Baby Alien : “If you’re looking for a hint about this Baby Alien, all you have to do is look to the stars.”
Broccoli: “I’m a lean, mean, heart-pumping machine. After all, it’s how I got my six pack.”
Coming in at 8 foot tall, Giraffe is the show’s tallest costume: “If you’re looking at a hint, I share something with a powerful giant.”

The Masked Singer Australia concluded on September 14 with the Bushranger ranger revealed to be Neighbours star Bonnie Anderson who sang her way to victory with a final performance of David Guetta’s club anthem When Love Takes Over.

Urzila Carlson and Dave Hughes were convinced the vocals were the work of Australian singer Jessica Mauboy, but Jackie O and Dannii Minogue continued their winning streak with the correct placement of singer Bonnie Anderson as Bushranger.

After months stuck in quarantine, these American stars are chomping at the bit to get back in the spotlight and share their hidden talent with in the premiere of The Masked Singer USA on 10 and 10 Play.