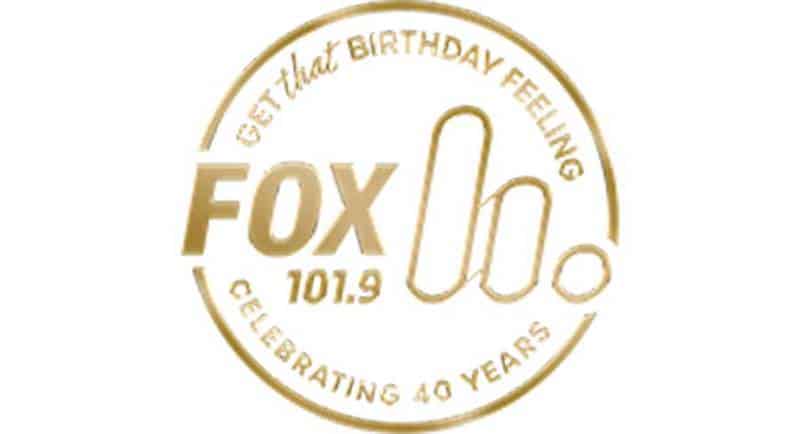 SCA Melbourne station The Fox is celebrating 40 years on air this week. To mark the occasion a cavalcade of stars from years gone by will return to the station for a one-off broadcast on Friday 16 October from 9.00am.

The Matt and Jo Show dominated FM breakfast in Melbourne for close to a decade and the pair remember it fondly with Matt Tilley calling it, “The most impactful 10 years of my life. The best fun and the best people to work with.” Jo Stanley added: “I look back and cannot believe how fortunate we were to have had such creative freedom and the joy of making each other laugh every day.” 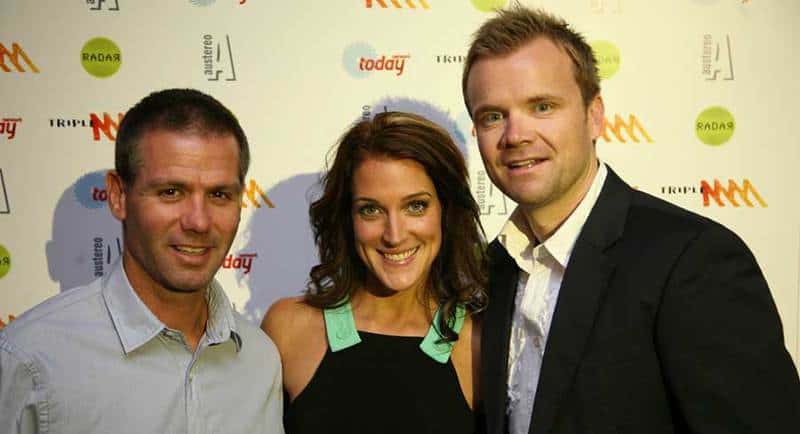 Matt and Jo with Troy Ellis

40 Years of The Fox will also reveal how Matt Tilley was able to get his infamous “Gotcha Calls” to air, that Barry Bissell made an on air remark that a young Kylie Minogue was “not really a singer” and Ugly Phil’s minor issue that set Madonna off in a Beverly Hills hotel.

Starting Monday 12 October, The Fox audiences will be treated to a week of celebratory playlists of listener favourites from the last 40 years with pop up birthday messages from some of the biggest music and celebrity names in the country.

In the 90s The Fox was home to one of Australia’s most successful FM radio shows, Tony Martin and Mick Molloy’s Martin/Molloy and in the early 2000s breakfast show Tracy and Matt in the Morning shook up the Melbourne media establishment when it knocked AM institution 3AW off the top of the radio ratings survey.

The Fox dominated as the biggest radio brand in the country and ushered in the era of radio superstars. Some of the biggest names in entertainment have been part of The Fox over the decades including Hamish and Andy, Fifi Box, Jules Lund, Carrie Bickmore, Tommy Little, Dave Thornton, Brendan Fevola, Dave Hughes, Kate Langbroek, Ed Kavalee and Ash London.

SCA chief content officer Dave Cameron has been at The Fox since the 90s and said: “The Fox has always set the benchmark for on air talent. From the very beginning we have engaged with the best, most experienced entertainers in the country who have created some of the best radio in the world. Our breakfast show Fifi, Fev and Byron has never been as connected to our audience than they are in 2020 and they’re going to have a lot of fun celebrating the last 40 years this week.”

The Fox has also played an instrumental role in creating and nurturing some of radio’s most influential behind the scenes players and content director, Amanda Lee, will host an intimate podcast series, 40 Years of The Fox, with a selection of former leaders including Rex Morris, Brian Ford, Jamie Angel, Dave Cameron and Adrian Brine for a true peek behind the curtains of running one of Australia’s most loved radio brands.

The Fox content director Amanda Lee said: “Pulling together this 40-year celebration of The Fox has reinforced that the people on air and behind the scenes have built who we are and their passion and talent has created one of Melbourne’s most iconic radio stations. Our listeners have always been front and centre in everything we do, and I think they are going to absolutely love this trip down memory lane.”

40 Years of The Fox celebrations can be heard on the Hit App, DAB+, on your smart speaker or via fox.com.au.  The 40 Years of the Fox podcast will be available via The Fox app.