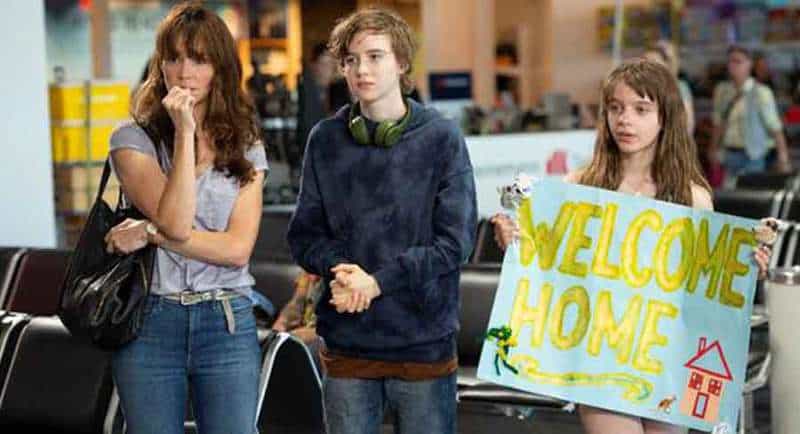 The End explores three generations of a family living with separate but intersecting obsessions – trying to figure out how to die with dignity, live with none and make it all count. It’s a story that’s been a long time in the making; its genesis in the very first script that Samantha Strauss wrote as a short film as a 19-year old still living at home with her parents.

Foxtel executive director of television, Brian Walsh, said: “Foxtel is committed to telling Australian stories for Australian audiences and we are very proud of The End, a series which is bound to spark a national conversation. The End is a multi-generational family series which deals with life and death and everything in between. With a stellar script from a surprising new voice, Samantha Strauss, and an incredibly talented cast led by Dame Harriet Walter, Frances O’Connor, Noni Hazlehurst and Robyn Nevin, The End is a bold and provocative Australian drama that will engage and entertain.

“At times confronting and yes, controversial, it is a series which is incredibly moving and emotional, but above all, entertaining. I think audiences will relate to every character and we can’t wait for it to debut in February,” he said.

Frances O’Connor plays Dr. Kate Brennan, a Gold Coast-based specialist in palliative care. Euthanasia is a hot-button topic in Kate’s field of work, and she is passionate in her opposition. On the other side of the world, Kate’s mother Edie Henley (Walter) feels just as strongly about her right to die. Kate has little choice but to ship Edie out from England and deposit her in a nearby retirement community – Edie’s worst nightmare. While Kate struggles with her own problems, her ex is in jail and her children, one of whom is a teenage trans boy, are trying to work out who they are and who they want to be. The End is a story about family, ethics and emotion, and mostly how it’s never too late to start again.

A co-production between Foxtel and Sky UK, the series was created and written by Samantha Strauss and is directed by Jessica M. Thompson and Jonathan Brough. The End has also been sold to Showtime in the U.S. and will make its American debut in early 2021. The series was filmed on location on Queensland’s Gold Coast with investment from Screen Queensland and the Queensland Government, and is produced by See-Saw Films, the Oscar-winning and Emmy-nominated producers of the films Lion and The King’s Speech and the television drama series Top of the Lake.

The End starts Tuesday, February 2 at 8.30 pm with a double episode premiere on Fox Showcase or watch all ten episodes On Demand.