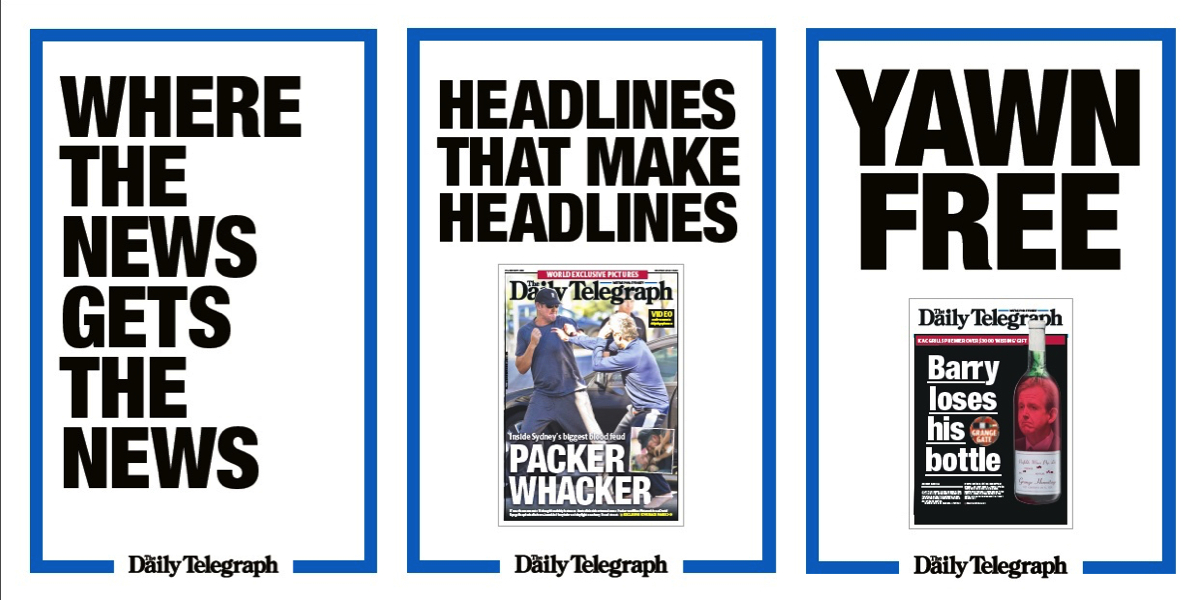 The Daily Telegraph today launched a new brand campaign that reinforces the masthead’s agenda-setting position in NSW while highlighting some of its iconic front pages from recent years.

The headlines campaign captures The Daily Telegraph’s bold signature style in a series of headline driven creative executions that will run in an outdoor campaign across buses from today, and trains, taxis and large format billboards from 3 August. The creative was developed for The Daily Telegraph by Disciple.

Paul Whittaker, editor of The Daily Telegraph, said: “In media nothing beats the power of the front page and this campaign demonstrates The Daily Telegraph’s ability to inform, entertain and effect real change in the community. It goes to the heart of what The Daily Telegraph does best – breaking news and tackling the big issues that set the agenda for NSW and the nation every day.”

Brett Clegg, state director News Corp NSW, said: “The Daily Telegraph is one of the most recognisable media brands in the country. This campaign celebrates The Daily Telegraph’s commitment to breaking news across all platforms and cements its position as a market leader in a highly competitive media landscape.”

Lindsay Chappel, general manager marketing NSW, said: “This campaign reinforces across print, digital, consumer and trade The Daily Telegraph’s core strength – delivering breaking live and local news first across all our channels and networks. We are proud to be the authoritative news voice in NSW and importantly, the first in market with breaking news, and this is reflected in the creative of the campaign.”