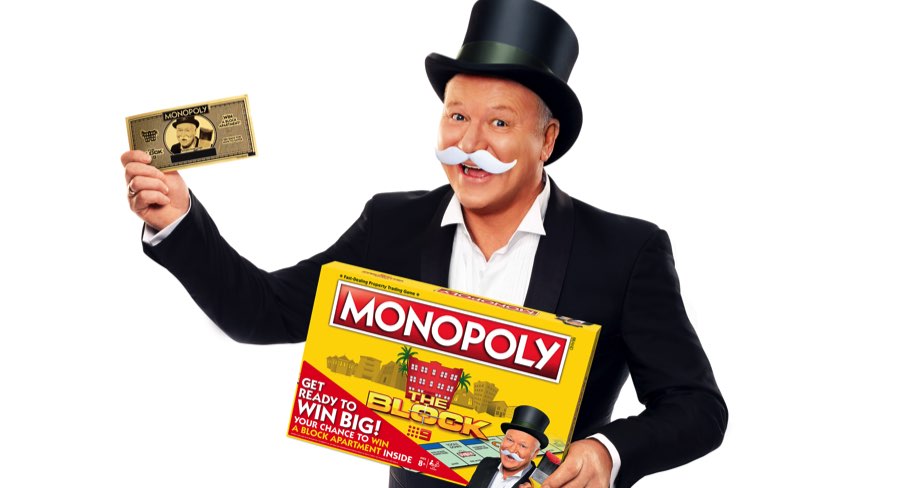 Fans of Nine’s renovation reality show, The Block, could win the newly renovated, multimillion-dollar Gatwick apartment from this season.

The show has partnered with Imagination Gaming and Winning Moves International Limited, an authorised licensee of Hasbro, for a limited edition of Monopoly.

To be in the draw to own an apartment from this season of The Block, fans need to buy the special edition of Monopoly. Every game contains a unique numbered Golden Ticket which, once registered, puts fans in the draw to win. The competition is open until December 29, 2018.

The Block presenter Scott Cam said: “The Blockheads have done a fantastic renovation on the iconic Gatwick, and to think someone will have the chance to win a multimillion-dollar apartment just by buying Monopoly – The Block Special Edition is incredible.”

The Block edition of Monopoly has customised Block-themed tokens, Community and Chance cards. All 14 seasons of The Block properties are featured on the board game – with Dux House in Albert Park taking the sought-after famous Mayfair tile.

Nine’s director of commercial development Alison Hurbert-Burns: “Bringing The Block and Monopoly together to create the biggest prize in Australian TV history is a first that we think our audience will love. This is the kind of brand integration that takes The Block beyond the screen and provides new ways for fans to be involved with the show. We’re thankful to our partners at Imagination Gaming for bringing this to life.”