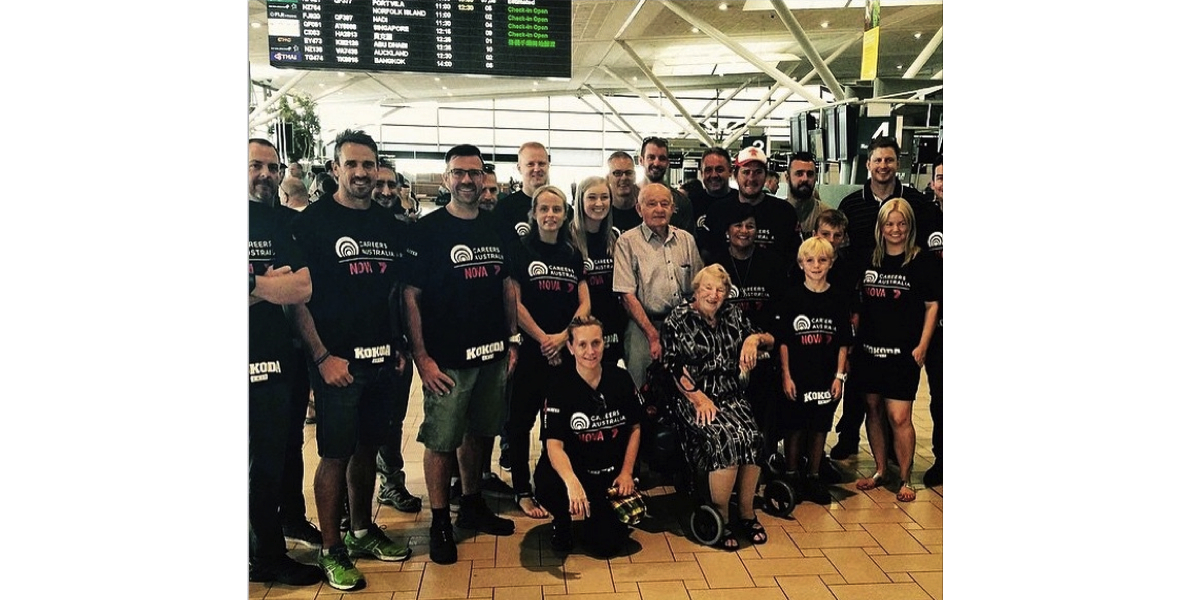 This week 10 original staff members will celebrate a decade working at Brisbane’s favourite station for the under 40s as Nova 106.9 turns 10.

The official party will take place later this month after the breakfast team and their Nova 106.9 group return from the Kokoda Trail. They flew out of Brisbane yesterday and start walking today. (The group is pictured at Brisbane airport)

Back in 2004, the team was given the task by DMG Radio to build Brisbane’s brand new FM radio station from scratch.

They rented a one-bedroom apartment at Kangaroo Point, recruited a “work experience DJ” Bevan, who broadcast the first sounds from the apartment’s bedroom, while the newly recruited Nova team met in the kitchen, and kept their paperwork in the bathroom!

Fast forward 10 years and 10 members of this original team will lead the station in celebrations as Brisbane’s continuing favourite station for the Under 40s in their world class studios at Teneriffe.

General manager and program director Jay Walkerden said it was a great opportunity to celebrate the people behind the station and all that the team has achieved over the past 10 years.

“You’re only as good as your employees and our team proves that daily.

“To have this group of highly experienced and extremely talented industry professionals celebrating 10 years working for Nova Brisbane, in an industry characterised by high turnover, is a both a testimony to their passion and to Nova’s commitment to their people.”