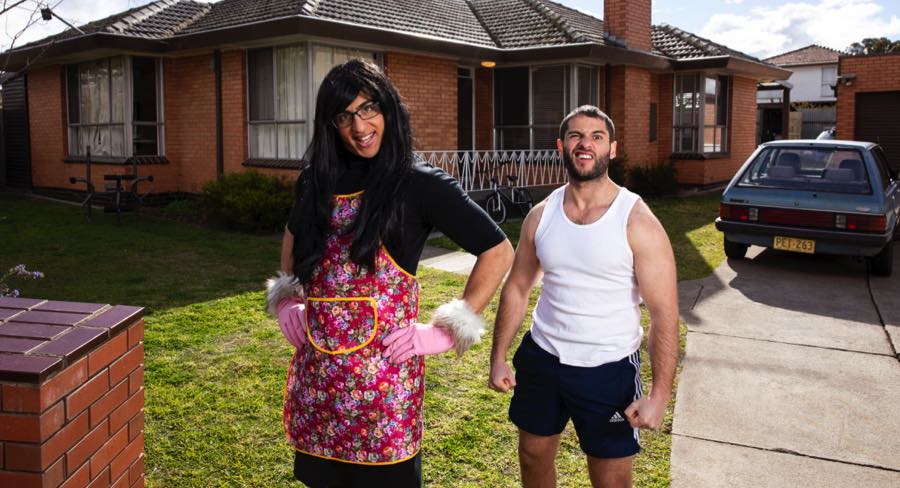 “They can’t ignore it because that’s where the eyeballs are,” Nathan Saidden told Mediaweek.

“They don’t have a choice in a way,” added Theodore Saidden.

The brothers are the actors, writers and producers behind Australian YouTube channel Superwog1.

Their six-part series called Superwog will be screening on ABC Comedy and iview on October 9. However, the first episode of the program will premiere on the Saidden brothers’ YouTube channel on October 7.

The commission follows the success of the Superwog pilot in 2017, which was the highest trending video on YouTube last year with more than 3.7 million views. Ninety percent of those came from Australia.

The Saidden brothers are hoping that the new ABC series will help them broaden their audience and expose their content to more people. “I hope that the TV audience enjoys it as much as the online audience,” Nathan said. “It’s great that it has a dual platform strategy. It represents the stage of media that we are in. The ABC isn’t just dipping its toe in the water, it is putting its whole foot in – that is really exciting.”

The Superwog1 channel on YouTube started in 2008. It currently has over 918,000 subscribers and more than 182 million views.

“We have always been acting as different characters since we were very young. We would perform them to each other and our family,” Theodore said. “We would always try to make each other laugh. It’s a challenge that we have till this day.

When the duo began their YouTube journey, they’d never imagined it would be as successful as it has become: “It’s been crazy.”

The brothers were doing odd jobs at the time to fund their passion for comedy and YouTube. Superwog1’s success on the video sharing platform has opened new avenues for them like touring the country to do live shows and producing the new six-part series for the ABC.

“People just want to have a laugh,” said Nathan.

Theodore added: “That’s why we’ve been able to keep on going for so long. We are always focused on what’s funny. That’s our #1 rule and it is what drives us.”

The Saidden brothers give their father credit for their sense of humour. He exposed them to comedy groups like Monty Python since they were little boys. “Dad brought us up on comedy,” said Theodore.

“We observe and amplify things that we think are funny. The inspiration can come from anywhere,” said Nathan.

“I need to spend five minutes with someone and I start wanting to imitate them,” Theodore said. [Laughs]

“We are from a family who isn’t perfect and we use those imperfections to inspire our comedy.”

The satirical sketches produced by the Saidden brothers often play on the cultural differences between an immigrant Mediterranean family living in the suburbs and the Anglo culture in Australia.

“We never, ever intend to offend,” Nathan said. “We are always letting what is funny drive us. Thankfully, [cultural sensitivity] has never been an issue for us.”

While the majority of the viewers enjoy the comedy in the sketches uploaded on the Superwog1 channel, there are also a few who are critical of it.

“When you put anything online it becomes a part of the internet landscape. There is nothing online that doesn’t draw some form of criticism or offence. It’s never our intention,” Theodore said.