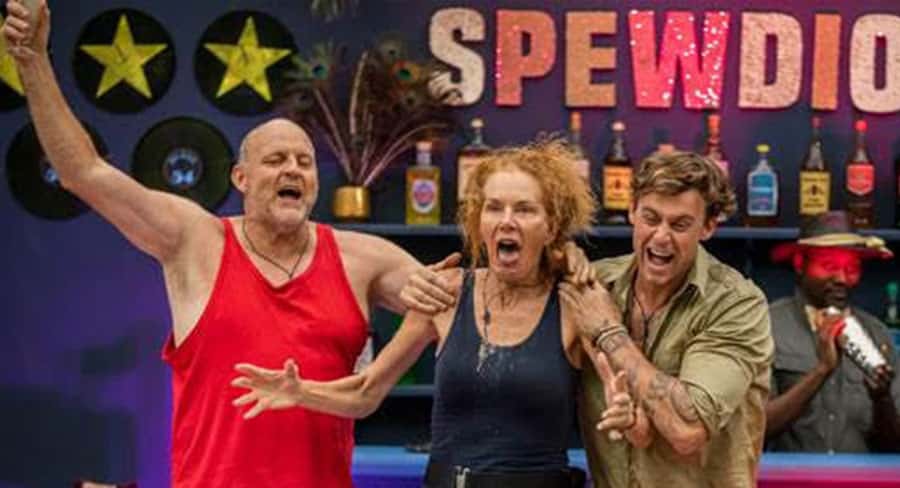 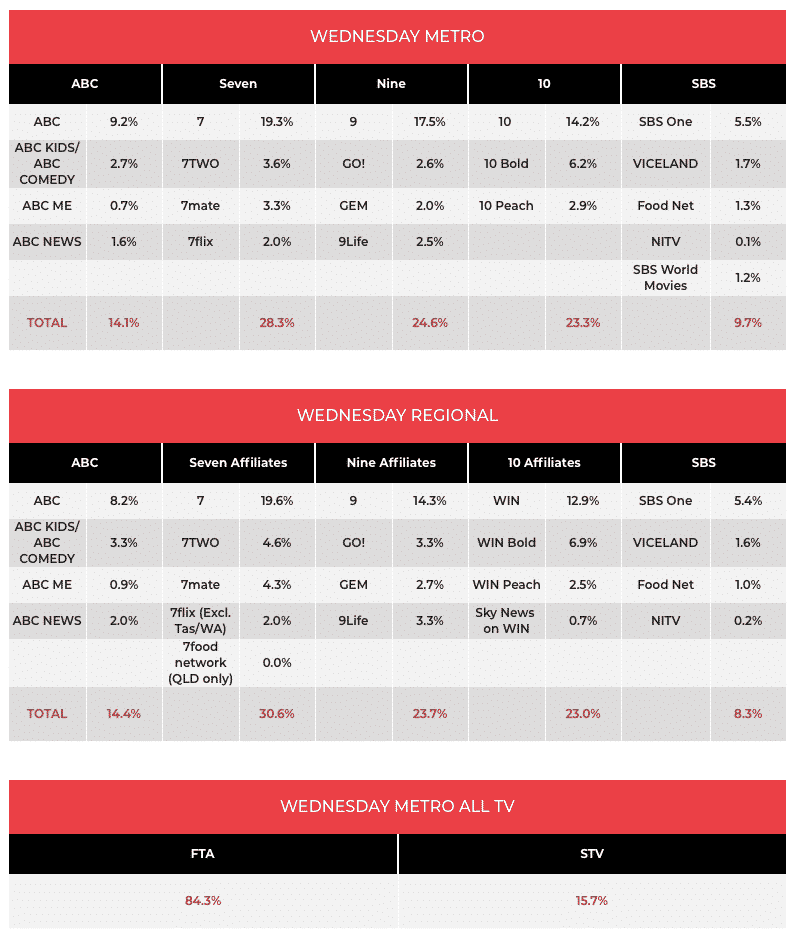 A mid-week Big Bash League double header secured a win for Seven all people giving it four wins from four nights so far in week three of the ratings year.

A Current Affair had a rare night off at Nine with the 2020 Australian Open Rally for Relief fundraiser screening from 7pm across Nine and GO! The average audience was 465,000 with the biggest crowd in Melbourne – 147,000. That gave Nine a share of 17.5%, its best for the week so far.

I’m A Celebrity…Get Me Out of Here! continues to rank #1 non-news for 10 with 679,000 last night after 725,000 a week ago. There were plenty of A-grade comedians on The Project – Tom Ballard, Celia Pacquola and Luke Heggie. The 7pm audience of 465,000 also got to see Steve Price make his apology over comments about Jacinda Ardern.

SBS had two shows just over 200,000 – Tony Robinson Down Under and When Buildings Collapse. 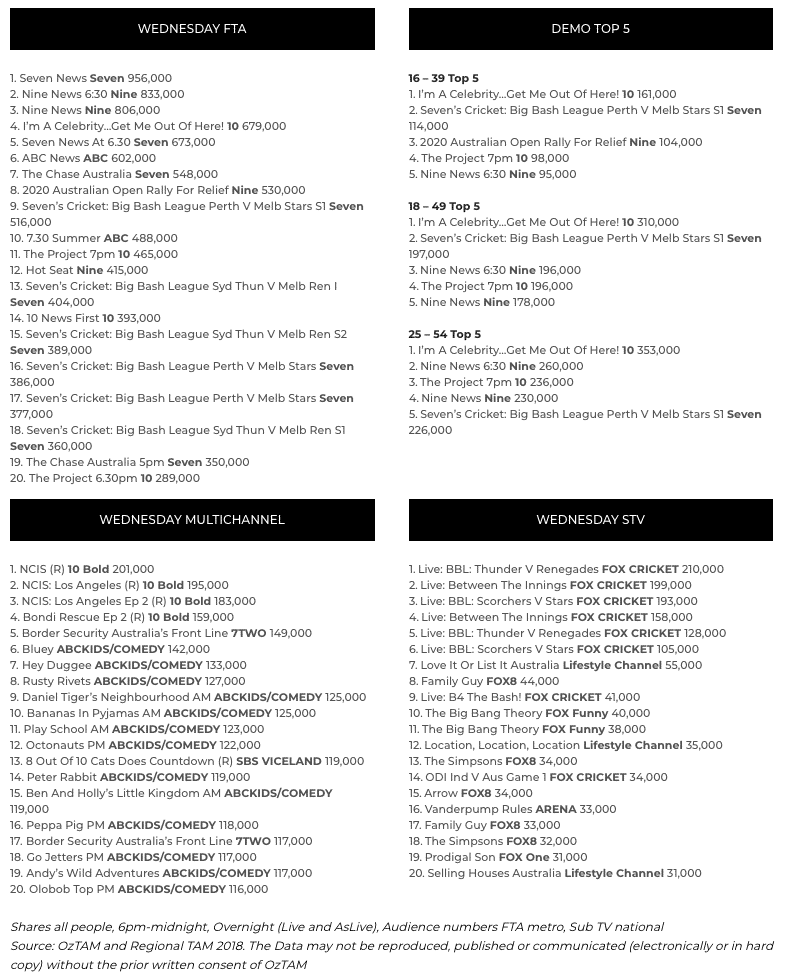