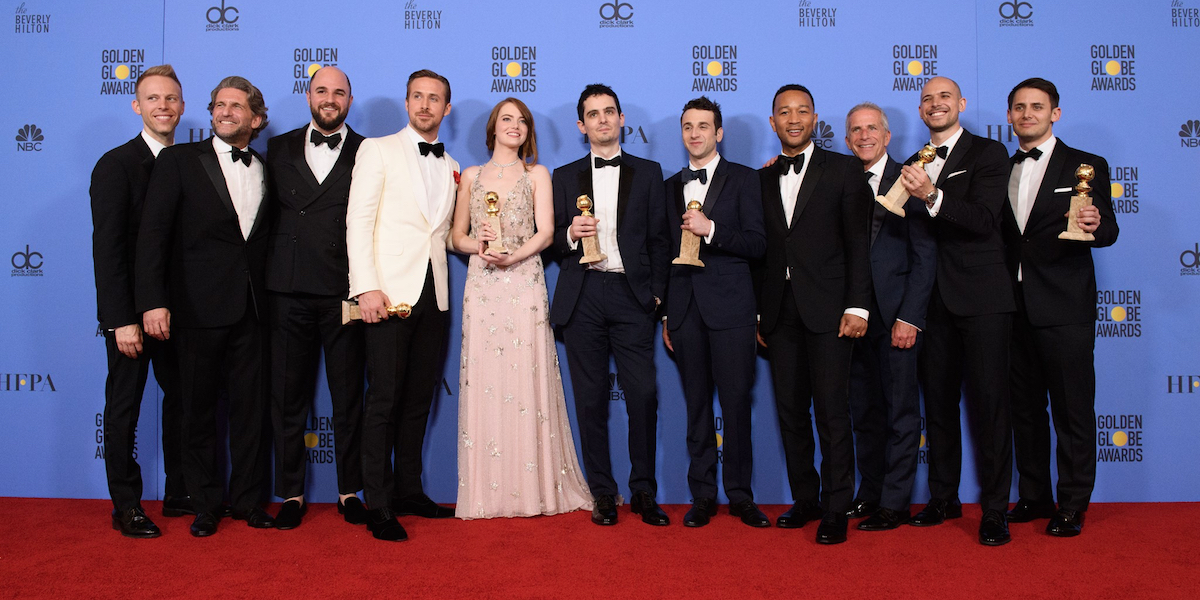 Holiday audiences were hungry for movies, which occupied 14 places in the first top 50 chart for 2017.

The annual Golden Globes telecast did well in the latest chart (Week 2) with the live version at #2 and the primetime repeat at #5, both on FOX8. Also timely was the HBO documentary Bright Lights about the lives of Hollywood’s favourite mother and daughter, Debbie Reynolds and Carrie Fisher, completed before their recent deaths and screened in primetime on showcase, charting at #4.

In the first week of the year, holiday audiences were hungry for movies. Fourteen entries in the Week 1 top 50 were movies, helped considerably by Foxtel’s popular pop-up channel, Foxtel Movies More, screening all the movies in the Star Wars franchise back to back on continuous repeat. These accounted for eight entries in our chart, while the latest Quentin Tarantino feature The Hateful Eight at #5 was the highest-rating entry. 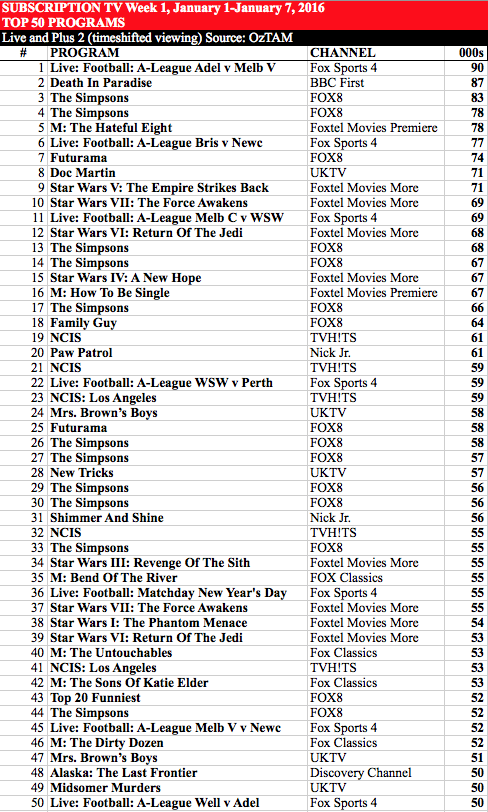