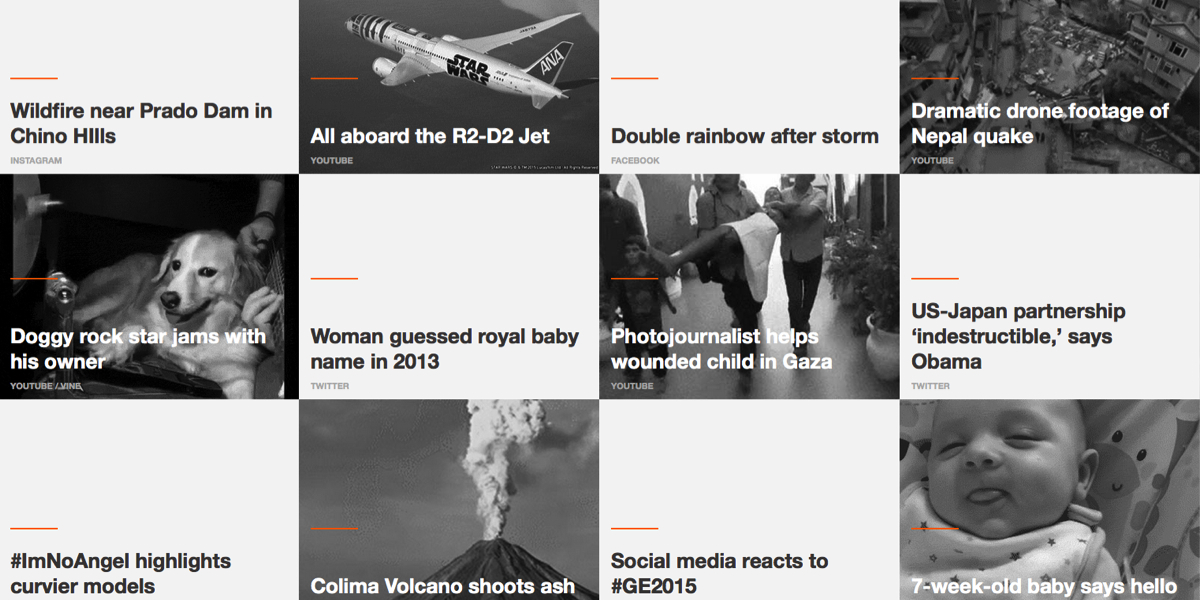 “Reuters for social media”: Storyful Australia director of partnerships Neil Varcoe on how it works and the importance of journalism

Storyful basically started off as the world’s first social media news agency. Storyful mines the social web to discover, verify, acquire and distribute social media content using a unique blend of technology and journalism,” Storyful’s newly appointed Australian director of partnerships Neil Varcoe told Mediaweek recently. “News is very much in our DNA. We started out as an Irish startup with a guy called Mark Little who is a former Washington bureau chief and correspondent with RTE, Ireland’s national broadcaster. He also brought in a guy called David Clinch, a former foreign news editor at CNN. They looked at the wires, and realised that they weren’t working any more so they developed Storyful. It’s like Reuters for social media.

“We have about 80 staff worldwide based in Dublin, New York, Hong Kong and here. Journalism is at the core of everything that we do – we’re verifying YouTube videos out of Syria as well as expanding into viral stuff. We’ve had 71 million views this month on YouTube for our viral content – that’s stuff like Napoleon the Cat getting a head freeze from eating ice cream. We’re doing a lot of that content and licensing it, and we’re moving into brands now too. It’s a social media newswire that separates the noise from the news. On the brand side, it’s about turning them into publishers. Most don’t have the capacity to set up a video team or license content. We take the pain out of it, and we’ve got a really generous structure in place to make sure that we reward content owners,” Varcoe continued.

Varcoe’s passion for paying for content is clear in an anecdote from his university years. “When I was studying, we had a shared network where people were ripping CDs and DVDs to share, and I refused to put anything I’d bought on there. If someone borrowed a CD from my room, I would make them sign a waiver saying that they wouldn’t rip it off. Now, Game Of Thrones is driving me nuts because I won’t rip it off and my partner [Sunrise reporter Edwina Bartholomew] is away five out of seven days, so it’s complicated!”

Although Storyful’s social media capabilities obviously have profound implications for brands, Varcoe was quick to emphasise the company distinguishes news content from branded. “We’ve got what we call a creative newsroom which is basically the branded side of the business, and then we have the standard Storyful newsroom. We tend to have the trends and viral guys working on the branded side of things, because that’s what they want,” he noted.

Storyful, which was acquired by News Corp in late 2013 for €18 million, has also signalled its intention to expand the work it does with brands. “We’ve just signed our first deal in Australia with a premium automotive brand. We also have eight active briefs out, as of last Friday. Brands are increasingly becoming a bigger part of the business, we have two journalists already working on storytelling with brands in New York and Dublin and are expanding with another position for a brand journalist in Dublin. [Currently, Varcoe is the only member of the Australian Storyful team]. The brand side the business was generating 10% of the business’ revenue worldwide in the first seven months – that just shows how lucrative it is.

In addition to developing relationships with brands, Varcoe was quick to emphasise that Storyful is expanding its news and journalism remit in Australia – both News Corp and other publishers. “The way that we look at the acquisition by News is that we operate almost like a stand-alone business like YouTube within Google or Instagram with Facebook. It gives us direct access to their network, and a very close working relationship. We view News Corp as a client, but a very very important one. We’re also working with ABC Australia, primarily on world news content. You’ll see a lot of our videos on there – we have footage of IS fighters in Ramadi, we’ve also got footage of people fleeing a camp there and new drone footage from Nepal showing the extent of the devastation there. We also have contracts with Vice and Mashable, but they’ve come out of the USA. We’ll be expanding here too, I just can’t get to the emails yet. As to why Storyful set up shop here, Varcoe said: “Australia is a really important market for Storyful. There are high levels of smartphone use and social media penetration that’s almost unrivalled throughout the world – Australians check their Facebooks 14 times a day,” he added. 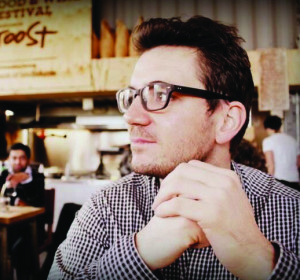 [blockquote style=”2″]”I had a list of people that I wanted to work for, and Storyful was on there. I emailed them to say I’d love to be involved if they brought it here. CEO Rahul Chopra happened to be in Sydney with Aine Kerr, the managing editor, and we caught up. Six weeks later, I was here. I’d spent three years as head of social media and I felt that I’d done everything that I wanted to there. So I resigned with nowhere to go, and spent a few weeks relaxing on the beach. Then I started talking to people, and Storyful were basically the first people I approached.
“Before the ABC, I had a year off in which I studied creative writing full time. Before that, I ran Foxtel’s online and mobile coverage of the Olympics and Commonwealth Games in Vancouver and Delhi. Before that, I was at Yahoo7 as a producer on their 2008 Beijing Olympics website, I ran Sydney with another guy.”[/blockquote]