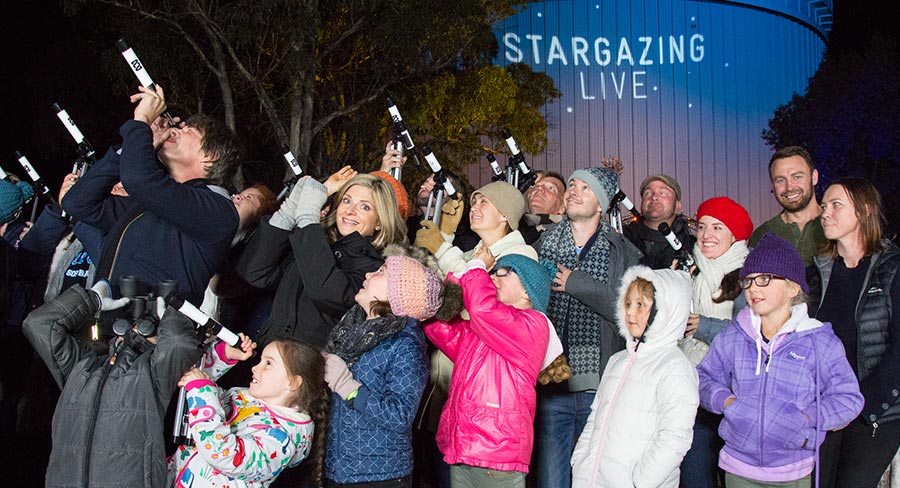 The history-making achievement easily eclipsed the previous record set by the ANU in 2015.

The ABC in partnership with the Australian National University (ANU) and Australians across the nation have smashed the Guinness World Record for the most people stargazing at the night sky across multiple locations, connecting communities in every corner of the country in the successful record bid.

The Guinness World Records title for the most people stargazing across multiple venues at the same time was won during the broadcast of ABC’s Stargazing Live on Wednesday May 23.

Due to the number of participants involved, the exact number of people that helped to win this record is still being counted. However, the ABC confirms that the history-making achievement easily eclipsed the previous record set by the ANU in 2015 of 7,960 people observing across 37 locations, with over 40,000 people across Australia simultaneously observing the moon through a telescope for 10 minutes last night.

ABC director of entertainment & specialist David Anderson said, “Stargazing Live made science accessible and entertaining for Australians of all ages, across multiple platforms and services.

“Stargazing Live exemplifies the ABC’s unrivalled commitment to high-quality and distinctive Australian content that always aspires to inform, to educate and to entertain, and no one but the ABC delivers such indispensable content and services to the Australian community,” he said.

“Through our world record attempt, we brought communities together in different locations across the country and inspired them to look to the moon and the stars beyond.”