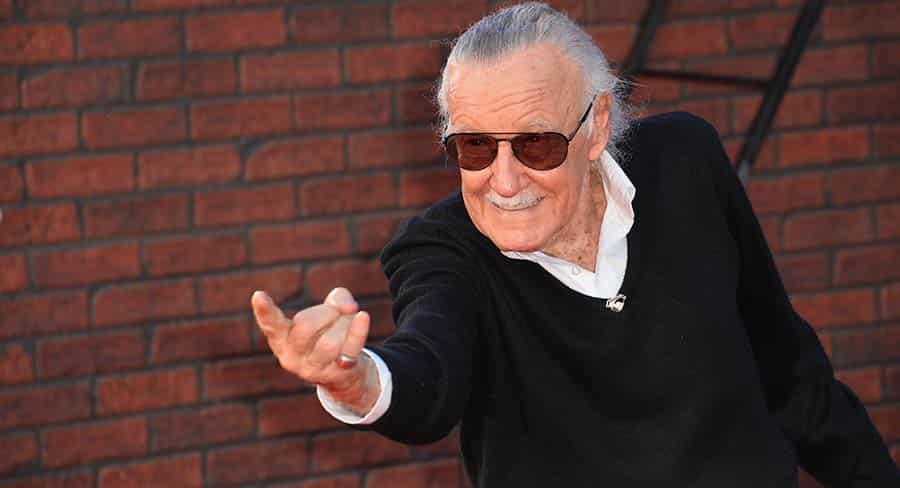 Lee was reportedly taken to Cedars-Sinai Medical Center where he later died.

Stan Lee, co-creator of numerous superhero characters such as Spider-Man, Iron Man, and the Fantastic Four, passed away Monday in Los Angeles at the age of 95, according to TMZ.

Lee was reportedly taken to Cedars-Sinai Medical Center where he later died. The cause of death has not been released at the time of writing.

Marvel and Disney released a statement honouring the memory of Lee:

Today, Marvel Comics and The Walt Disney Company pause and reflect with great sadness on the passing of Marvel Chairman Emeritus, Stan Lee. With a heavy heart, we share our deepest condolences with his daughter and brother, and we honor and remember the creator, voice and champion of Marvel.

“Stan Lee was as extraordinary as the characters he created. A super hero in his own right to Marvel fans around the world, Stan had the power to inspire, to entertain, and to connect. The scale of his imagination was only exceeded by the size of his heart,” said Bob Iger, Chairman and CEO, The Walt Disney Company.

Stanley Martin Lieber, a.k.a. Stan Lee, loved the written word from an early age, and wanted to craft stories like those in his favorite books and films, which he consumed voraciously. From a simple upbringing in the teeming landscape of Manhattan, young Stanley worked his way through a succession of jobs until the day he found himself an assistant at a comic book publishing company — Timely Comics.

In between refilling artists’ inkwells, erasing pencil lines from comic pages and fetching an untold number of lunches, Stanley expressed his desire to write and create tales of his own; in the May 1941 issue of CAPTAIN AMERICA COMICS #3, he got his wish. Readers would find a prose story in that issue, “Captain America Foils the Traitor’s Revenge,” sporting the byline of “Stan Lee.” A star was born.

As Stan’s roles and tenure with Timely Comics grew and evolved, so did the company itself. With Stan at its helm, Timely Comics morphed first into Atlas Comics and then into the name that would catapult it into legend and forever be synonymous with Stan Lee: Marvel Comics.

As Marvel’s Editor-in-Chief, Stan “The Man” Lee made his voice the voice of the stories themselves. Writing virtually every Marvel title and working with such luminaries as Jack Kirby, Steve Ditko, Don Heck, Gene Colan and John Romita, Stan began building a universe of interlocking continuity, one where fans felt as if they could turn a street corner and run into a Super Hero. A rich collection of characters grew out of his nonstop plotting sessions with his artists, including the Fantastic Four, Spider-Man, Thor, Iron Man, the Hulk, the X-Men, and more. Today, it would be almost impossible to find a corner of the Marvel Universe that Stan didn’t have a hand in.

Marvel fans found a friend in Stan Lee. He introduced the famous “Stan’s Soapbox” to speak directly to his readers, reaching a personal level rarely seen in comics of the day. Always pushing for new ways of creating comics, Stan also inaugurated the “Marvel method” of plotting and art, creating some of the most iconic stories in the industry to this day.

When something mattered to Stan, you felt it in his words, whether in an editorial or in the stories themselves. With passion for the medium, he helped refine and reform the Comics Code Authority and addressed hot-button issues like discrimination, drugs, and intolerance.

Stan stepped up from his position as Editor-in-Chief in 1972 to tackle the role of Publisher at Marvel Comics, and while a strong succession of writers followed in his wake, his spirit and voice remained throughout the adventures that followed. His outspoken love for comics even extended to a series of college campus talks; given any chance to educate and illuminate on the industry, he took it. An entire generation of young readers expanded and strengthened their vocabulary and knowledge through Stan’s stories.

Marvel and the entire The Walt Disney Company salute the life and career of Stan Lee and offer their undying gratitude for his unmatchable accomplishments within their halls. Every time you open a Marvel comic, Stan will be there.