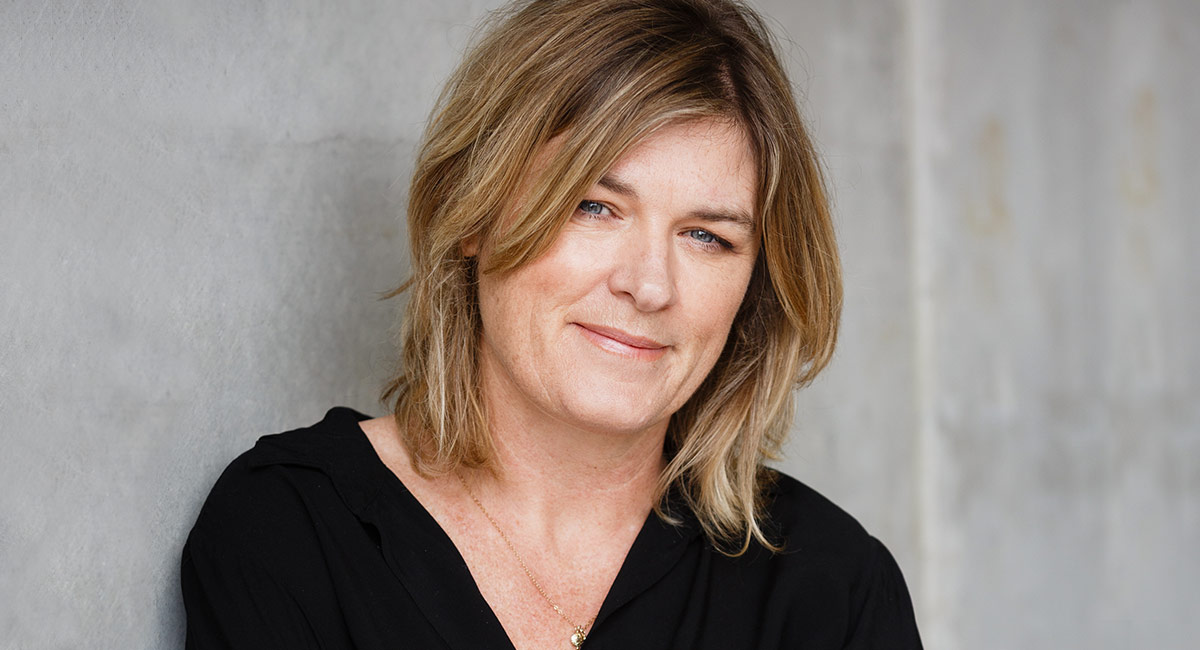 But it also completed a transition for SPP – from its founder, Kiwi industry icon John Barnett – to new chief executive Kelly Martin.

From 2006 to 2012, Martin had a stellar reputation as head of programming at TV3, commissioning shows like Outrageous Fortune from SPP and nursing other hits such as the primetime animated comedy Bro’ Town, and the long-running comedy panel show Seven Days.

Martin was low key and amiable, and a producer-friendly network exec at a time TV3 was taking risks.

So with Barnett easing out of SPP in 2012, and UK distribution firm All3 Media established as SPP’s owner, nobody was surprised Barnett poached Martin from TV3 to replace him.

Barnett accompanied Martin on early approaches for a lengthy pitching and lobbying process at Seven for 800 Words.

Seven-aligned actor Erik Thompson had been onboard a long time, but Martin says it was a tough job, with tensions early on in the relationship.

The happy outcome was the hit series about an Aussie journo sent to New New Zealand, a show that worked on both sides sides of the Tasman.

The third series began on Seven earlier this month.

SPP is New Zealand’s pre-eminent drama company, but Kelly Martin says Seven bosses had never worked with it and salutes Seven going with SPP. There were different approaches to style, scheduling and deadlines, but overall it had been a great experience for SPP working with an Aussie network.

Martin is no stranger to Aussie TV execs, and what she says is hard nosed approach than the much smaller New Zealand market.

Working in acquisitions at TVNZ, her programming boss was Mike Lattin. At TV3 she worked for Kristen Marlow, formerly with Ten.

Martin says she would like SPP to work with an Aussie network again on a cross-Tasman project.

“But I’m not to be pitching 800 Words lookalikes to all the different networks in Australia.”

She sees New Zealand locales as integral to SPPs expansion into Australia and beyond. “We’ve got ongoing conversations with Australian companies and broadcasters.

“Its just about finding stories that work creatively rather than those that fit a financial model,” she says.

That said, new TV industry incentives for TV productions launched in 2014 were ingredients for 800 Words.

Kelly Martin says they have been a life-saver for the Kiwi industry working in a small market.

The New Zealand government has not increased the allocation for NZ On Air for 10 years.

Networks were becoming more risk-averse because of the slide in advertising for free-to-air TV.

“Money is being spread further, and new and and exciting riskier stuff is being taken away from TV and screened online.

“In the end that makes the mainstream telly less interesting,” she says.

Incentives for international finance are important.

The homely The Brokenwood Mysteries tele-fearture series plays on Nine and primetime on France 3. It also screened in Denmark and in the US on cable, along with Prime in New Zealand. Funding was from New Zealand On Air.

Along with 800 Words, Brokenwood Mysteries has provided a lesson for SPP.

“We made a lot of studio based content. But what sells is locations where we are showcasing NZ as well. It more than just mountains and pretty pictures – there has to be something about people as well,” she said.