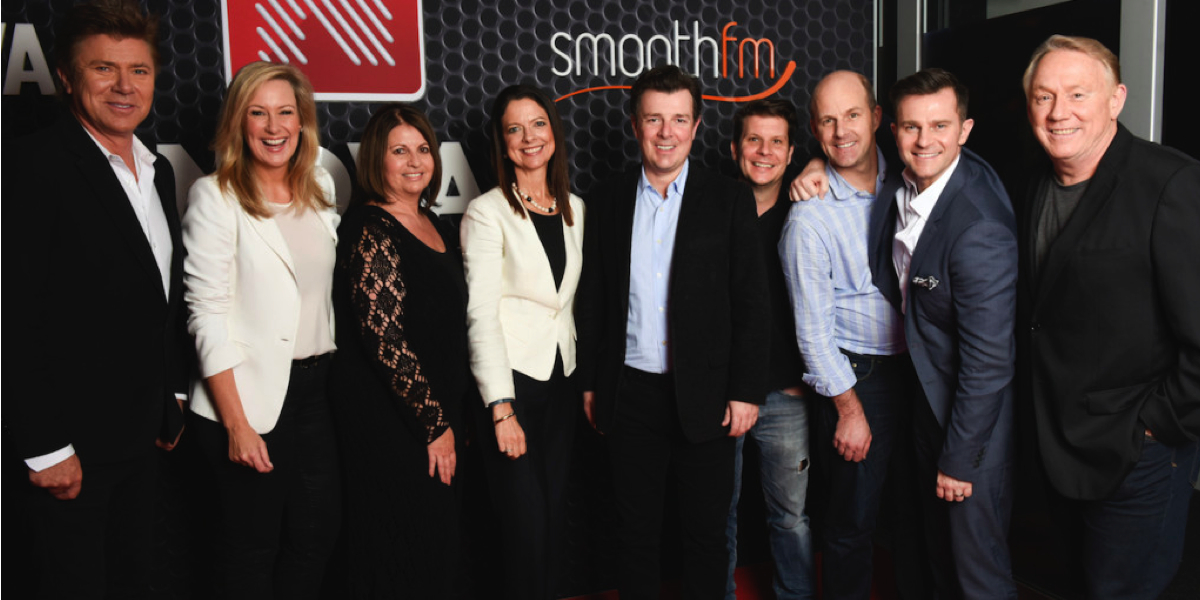 How well a radio show connects with the audience plays a major part in determining its success. The drive show at smoothfm put together by Byron Webb has done just that in Sydney. In the sixth radio survey for 2016, the show managed to rank #1 in the highly competitive time slot with a share of 11.3%.

“I do two different shows every day – one very Melbourne centric for smooth 91.5 and one very Sydney centric on 95.3

“It’s a mix of live and pre-recorded. I will try to work ahead as much as I can, but it’s not always possible.”

In Melbourne, Webb’s show misses out on a spot inside the top three commercial drive shows by just 0.1%. It sits in the equal fourth place, alongside Gold and Triple M, with a listener share of 8%.

Smoothfm brands itself as the “easy place to relax”, and boasts about connecting to the audience by playing music most suited to the time of the day. This, Webb said, has allowed the content on his show to be more relatable to the audience than that of his rivals.

“Everyone else is doing a lot of talk and trying to out-funny themselves,” Webb said. “The biggest appeal with smooth is that we are not talking a lot. We try to be genuine and as natural as we can be. We give them a big cuddle at the end of the day and help them get home.

“In my case, they are getting into the car after a busy day at work and driving home,” Webb stated. “There is a lot of traffic to worry about and a lot of thinking about tomorrow like, ‘What’s tomorrow’s weather going to be like?’

“If it’s been a busy day, a great song can take the edge off it. It’s very easy to appeal to someone at that end of the day.”

In terms of the split between hosting and music, Webb said 90% of the time on air is spent playing music. He only talks for about 10% of the 240 minutes that he is on-air.

Asked if he’d like more time on-air to talk, Webb said, “No, not really. It was very much set up from the beginning that this is what smooth is going to be as a radio station – an escape from the day. We are very used to doing that now.”

Being the show’s presenter, EP, producer and social media monitor, Webb is responsible for ensuring that the program connects with listeners in Sydney and Melbourne. Being based in Sydney, Webb’s real challenge is keeping his finger on the pulse of Melbourne.

“A lot goes into getting the feel of Melbourne,” he admitted. “I spend a lot of time in trying to get into the essence of what is happening there. I will read the blogs, scan Twitter and talk to some guys down there.

“Sydney is easier, because I am living here. I am seeing it every day. I can look out the window and see what is happening with the weather and everything else.”

Webb gets into the Nova Entertainment office in Sydney by 11am. He kick-starts his day by preparing for Melbourne.

“I try to find out anything that’s topical for the day so that I can reflect back any of the topicalities of the day – not that we do a lot on it,” Webb said. “Whether it’s a local election, the great run of weather or any nugget of info that our audience would have been thinking about through the day…

“I will jump in the studio at 1pm to 1:30pm and start syncing up the songs. Because we use an automated system you can work out how one song is going to end and mold itself into the next one.

“I will try to lay down a couple of breaks for Melbourne to get myself ahead. And before I know it 4 o’clock has rolled around and we are on the air.”

The playlist for Sydney and Melbourne is exactly the same, Webb revealed. When it comes to the listeners’ song requests, the majority of them are taken during preparation for the show from social media and the smoothfm website.

“Very rarely do we take a live call request saying, ‘Can I hear that song?’ It’s solely driven through the website and we will cherry-pick the requests,” Webb said.

Social media is a boon for Webb when it comes to keeping up with what’s happening in both cities in real time while he is on air.

“I have my Sydney and Melbourne Twitter feeds up and I am always looking at that to see what is happening – especially with Melbourne, where the weather changes every five minutes. Someone will always post something.”