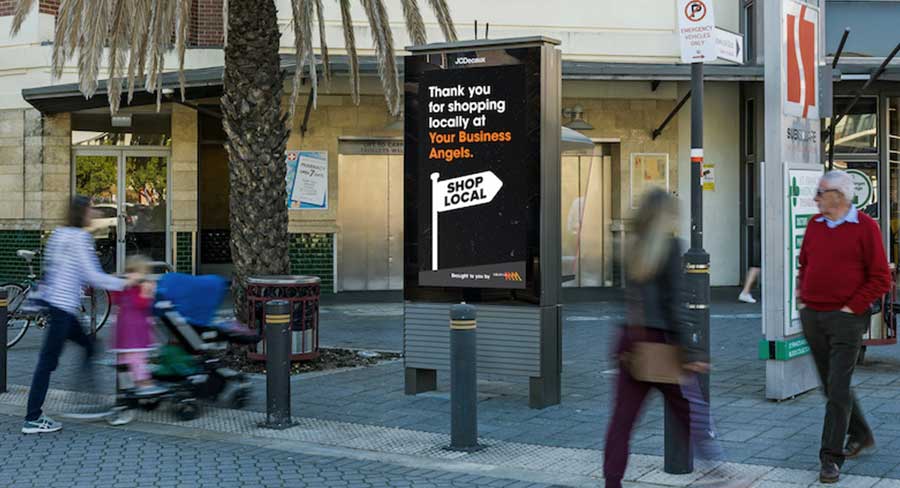 • But the worst is over, hopefully, with markets beginning to rebuild

Australia’s media industry has suffered through its worst year in living memory, with the COVID-19 pandemic inflicting a further blow to a market already weakened by a series of natural disasters to pull the market back 14.7% in the 2019/20 financial year.

SMI reports on the state of agency ad spend:

The only good news is that the worst is over, with the decline in June ad spend the lowest since March and stronger forward booking data clearly showing the market has begun to rebuild.

Total June bookings have fallen 35.7% to $417.0 million, reducing the quarterly decline to 38.7% and contributing to a 24% fall in first half bookings.

SMI AU/NZ managing director Jane Ractliffe said that on the positive side the level of decline seen in June is the lowest since March and the forward pacings data – which shows the level of confirmed future ad bookings – was also looking more positive.

“While the market certainly looks to be picking up, the data underscores the truly awful period that Australia’s media industry has endured,” she said.

“Never before have we seen a situation where all major media have reported significant declines in ad spend in the last month, quarter, half year and financial year as such large product categories significantly reduced their media investment.”

Ractliffe said those declines were originally driven by the floods and fires earlier in the financial year, which had a particularly bad impact on Retail ad spend, but then the onset of the COVID pandemic pushed Travel category ad spend outside the list of the ten largest categories for the first time.

The fourth quarter was also impacted by a large decline in Political Party/Union ad spend (-88%) given the Federal election in May 2019, and the closure of cinemas and theme parks saw the Movies/Cinema/Theme Parks category reduce ad spend by 92%.

On the positive side, the ongoing higher investment from our Domestic Banks meant that category’s ad spend fell only 2.7% in the quarter (but within that both TV and Radio reported higher bookings) while the In Home Entertainment category reduced spend only 3.7% but significantly grew its Digital and TV investment.

Ractliffe said the early view of SMI’s data for July shows the decline for that month is already below than that seen in June, while the market is also looking stronger in August.

“SMI’s agency partners have already guaranteed ad spend equal to half that recorded in August 2019 – and that data came through before the month had even begun – with the hair and oral care categories, parts of the pharmaceutical market and technology sector already reporting higher media bookings than for August last year,” she said.

“And we can see that Retailers have already committed to spend more on Television in July and August than was spent last year, and the Outdoor media is also rebuilding with the level of confirmed bookings from the Utilities category for July and August already above that seen at this time last year.”

Ractliffe said it was also important to remember that COVID has severely reduced ad spend in numerous markets, with SMI reporting that NZ’s ad market fell 32.7% in June as they start to emerge from COVID while in the UK the June decline was 44%, in Canada it was 37% and in the US it was 20%.

“All markets are clearly suffering from the impact of COVID but as we track the changing market trends it’s also clear that within certain categories some media are managing to achieve growth. It remains a challenging market but the data proves we’ve moved off the bottom so the question is now how quickly the market returns to growth,” she said. 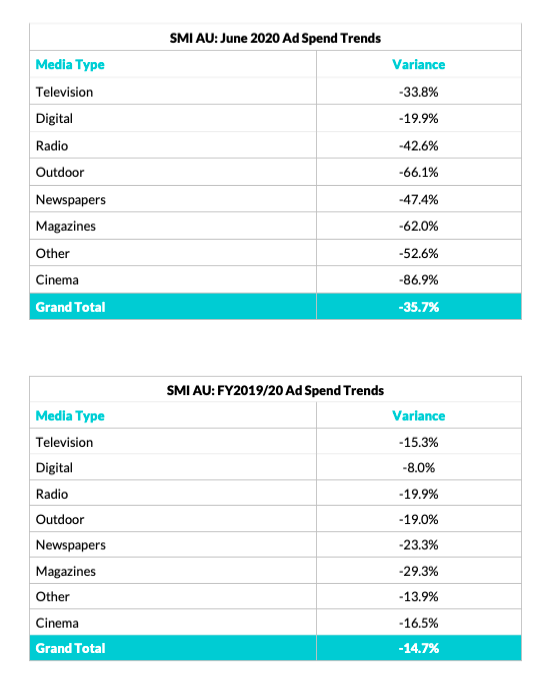