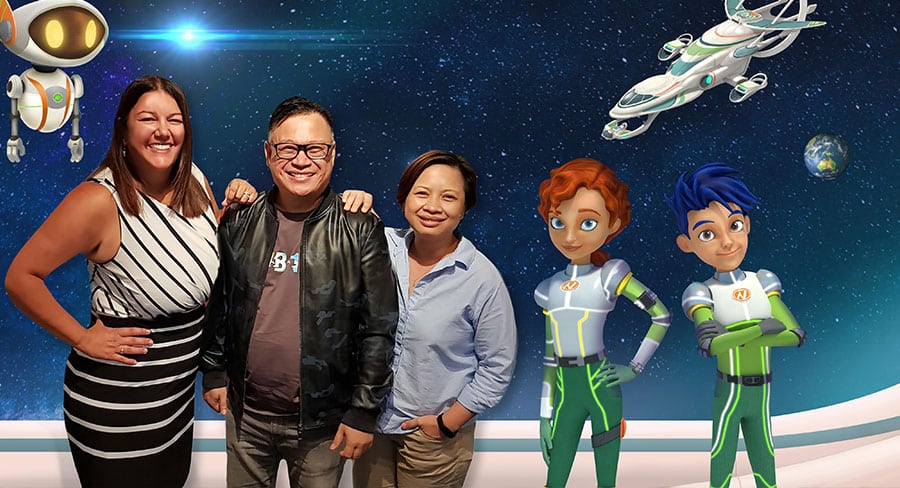 “SLR Productions is honoured to work with Giggle Garage’s Juhaidah Joemin and Zeno Gabing. Space Nova is guaranteed to be a fun and thrilling space adventure and is providing a great framework for our studios to collaborate both creatively and financially in the future,” said SLR Productions’ CEO and executive producer, Suzanne Ryan.

“Today’s announcement with SLR Productions is another solid step in our journey in creating character entertainment properties for family and kids to enjoy around the world. We are inspired by Suzanne and her team’s vision in creating great content and are super excited to partner with them on future projects” said Giggle Garage’s executive director, Zeno Gabing.

Malaysia’s Communications and Multimedia Minister YB Gobind Singh Deo commented, “We are delighted to see our Malaysian animation companies partner with international producers and distributors: this is another validation of the skills and talents of Malaysia’s creative technology and digital content creators. Indeed, the animation industry here has a long track record of producing and creating world-class IP, which currently surpasses 38 IPs. This has generated more than RM 237mil revenue, more than 55% of which comprises exports to 120 countries. The government will continue to focus on developing our animation ecosystem, which includes talent growth to empower Malaysia’s position as a regional digital content creation hub. Giggle Garage, a company helmed by two Sabahans, based in Cyberjaya, has created stories and characters that are travelling around the world,  and symbolises the diversity, skill and talent that makes Malaysia stand out in the digital arena.”