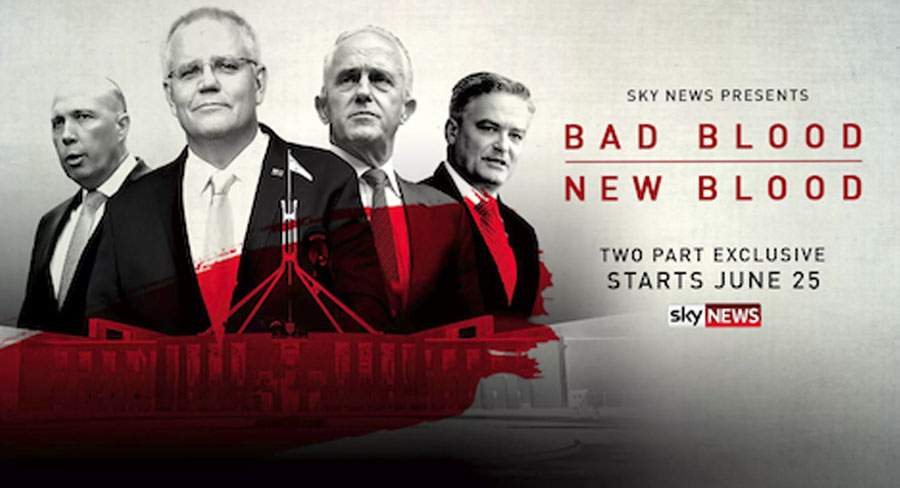 A dedicated microsite at skynews.com.au/badblood features exclusive first look videos from the documentary series and a supporting podcast series.

Speers explores how the Coalition went from being supposedly unelectable, to a stunning victory. Bad Blood: Toppling Turnbull is the first of two must-see political blockbusters. Key figures reveal, for the first time, what really happened in the spill, which cost Malcolm Turnbull the top job, exposing shocking enmities and reveals the unlikely alliances which led the Liberals to such a brutal and dramatic change of leadership.

Drawing on its unrivalled coverage of August’s leadership spill, Sky News has surfaced key moments, interviews and news conferences surrounding the extraordinary political event to provide viewers with a deeper insight into the events as well as the aftermath.