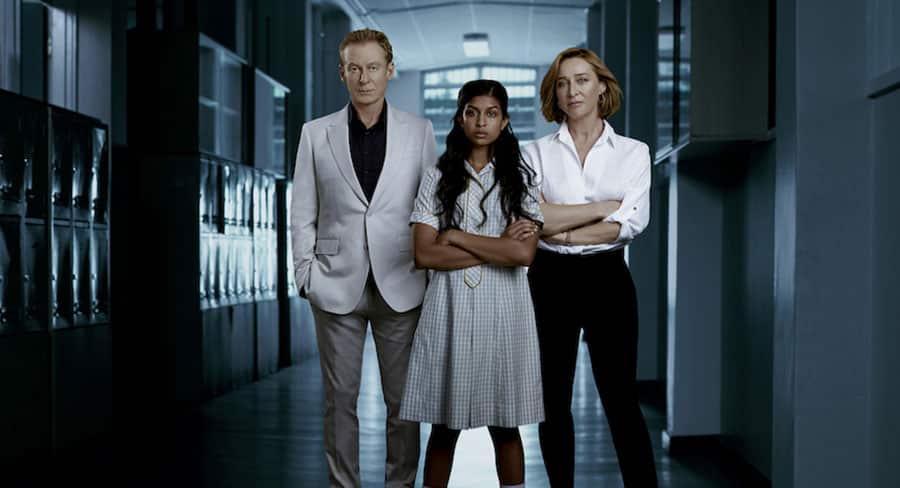 The four-part drama series The Hunting from Adelaide’s Closer Productions will premiere on SBS at 8.30pm Thursday 1 August.

Starring Asher Keddie (Offspring, The Cry) and Richard Roxburgh (Rake, Hacksaw Ridge), The Hunting intimately and dramatically imagines the lives of four teenagers, their teachers and families throughout the lead up, revelation and aftermath of a nude teen photo scandal.

When two high school teachers discover students are sharing explicit photos of their underage friends and peers online, the revelation has devastating consequences for the students and their families. Tackling themes of misogyny, privacy, sexuality and sexualisation, online exploitation, masculinity and gender, the series uses this singular event as a way of exploring some of the most pressing issues of our time and offering a vital portrait of modern, multicultural Australia.

“There are so many hard-wired ideas we’ve grown up with that we’re realising are unacceptable. I have four and nine year old sons, and the world that they are navigating is vastly different to the one I grew up in. I think The Hunting, and the conversations it will inevitably ignite are really necessary, to stay on the front foot and to help raise emotionally intelligent, respectful human beings”

“This series explores deeply entrenched patterns of behaviour. It’s critical for us to understand that the ripples of this behaviour have consequences, and in particular, they permeate masculine culture everywhere. Any parent will be aware of the new pressures of dealing with the conundrums of social media once your children can go down the rabbit hole of accessible internet.”

“Tightly paced and gripping, The Hunting unpicks the choices of four diverse teens with compassion and humanity. This provocative modern drama will force audiences to face uncomfortable questions about social media and our online lives, and where consent and trust fits into this. This is vital viewing for anyone with a teenager in their life.”

The Hunting is a Closer Productions production for SBS, with major production investment from SBS and Screen Australia, in association with the South Australian Film Corporation. International sales are handled by DCD Rights.

The Hunting airs over four weeks, premiering Thursday 1 August at 8.30pm on SBS, and on SBS On Demand.