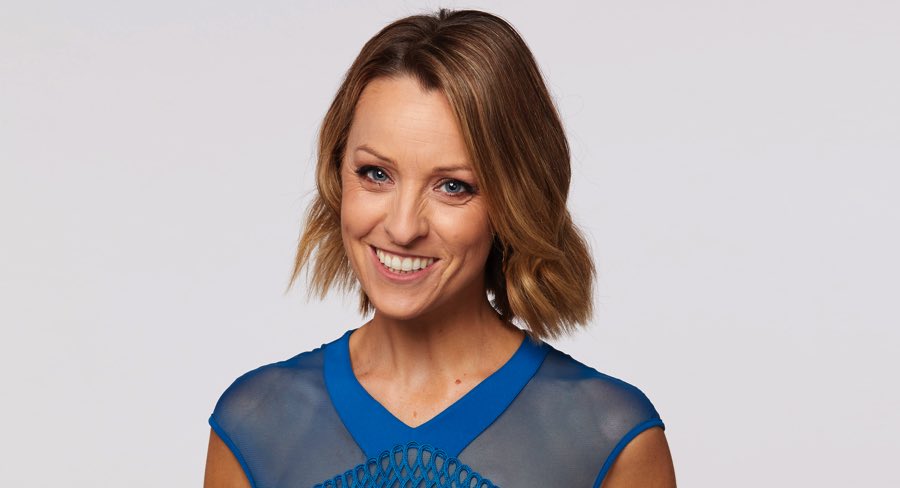 “The AFL media landscape has evolved for the better dramatically,” Lane tells Mediaweek.

Seven’s Sam Lane has an emotional bond with AFL. The stadium, the people and the energy of the game are a part of her childhood.

As a young girl, she spent many weekends observing the nuances of the sport and everything to do with it while her sports broadcaster father Tim Lane was in the media box.

However, this love for the sport didn’t come to her naturally. Lane’s parents divorced when she was very young. She lived with her mother, who had zero interest in the game. However, Lane’s mother passed away when she was 10. This life-changing event saw her move in with her father.

“Initially, I hated it. I would sit in the commentary boxes and think the men sitting in there were like granddads – they weren’t speaking a language that I understood,” Lane told Mediaweek. “The trigger for me was when I stepped out of the commentary box and walked around in the crowd. I have very vivid memories of the smells and sounds at Carlton Princes Park.

“It felt like a family that I didn’t have at my fingertips at home, because it was just me, dad and three cats.”

Having spent time in this environment, observing the game and the people who came to watch it, Lane noticed something that hadn’t come to her attention before. “There were heaps of women and girls there. But there were not many women talking about the game on radio, TV or newspapers, with the major exception of Caroline Wilson.”

Dubbed “football’s first lady”, Wilson was the chief football writer for The Age until November 2017 and also Lane’s “hero from a distance”, who later became a colleague.

Compared to when she was a child, Lane said: “The AFL media landscape has evolved for the better dramatically.”

However, there is more to be done. “In general, on sports panels there is a default position for one woman to tick [the diversity] box. I look forward to the day where it’s normal for us to switch on the TV or radio and see more than one woman in sports coverage.” Lane pointed to ABC’s Offsiders as an example of this. She emphasised that she isn’t campaigning for an all-women panel but more for striking a balance. “The mix should look and feel natural, in the way it does when we walk down the street,” she said.

Lane has worked in sports media for about 15 years. In this time, she has worked in print, radio and television. She’d been at The Age writing about AFL for 12 years before she accepted a redundancy from the Fairfax paper in mid-2017. Lane recalled this as her “toughest decision” professionally, because ever since she’d entered the world of media she’d dreamt about working for the newspaper.

This year has been a good one for Lane with a lot of firsts. Her first book, called Roar, was published by Penguin Books Australia earlier this year. Lane’s first news story also ran on Seven News Sydney this month. The Tasmania-born and Melbourne-bred journalist also fulfilled her aspiration to move to Sydney and work in media in the NSW capital.

Apart from contributing to Seven’s weekend coverage of the AFL, Lane also appears on Weekend Sunrise alongside Basil Zempilas and Monique Wright. As to what’s in store for her after the AFL season is over, Lane said that the schedule is still busy and she is also currently working on a long-form writing project.