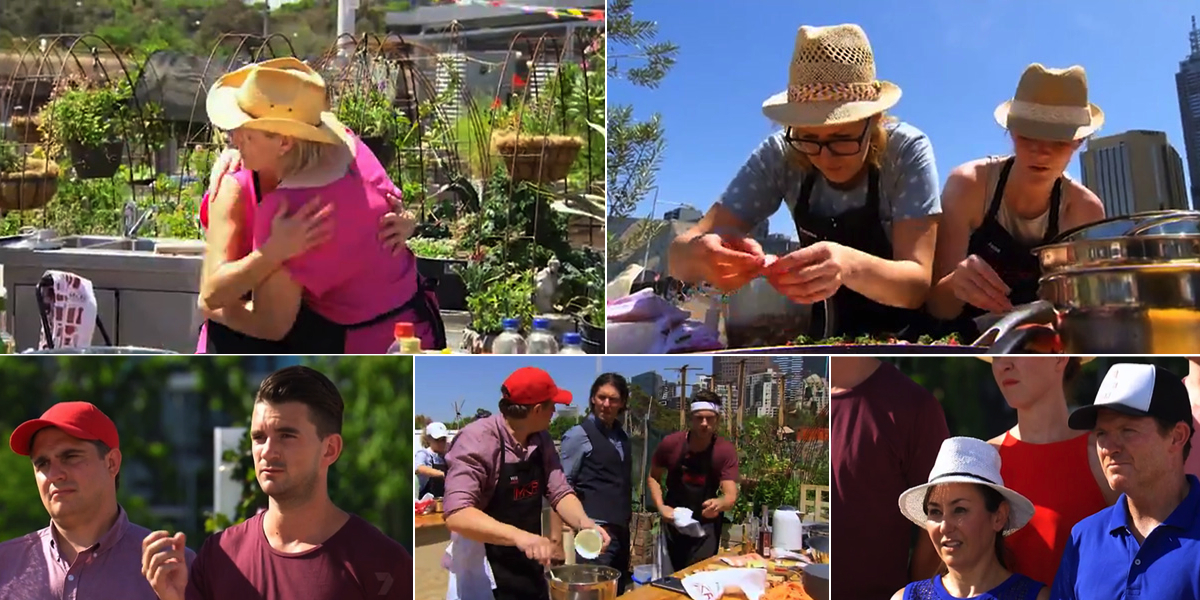 We are already two nights into the second of the Easter ratings break weeks and it was almost business as usual for all channels last night.

Seven secured another Monday win with My Kitchen Rules visiting Melbourne for a challenge where the remaining contestants had to cook a banquet for 100 gardeners.

Earlier in the night Seven’s Easter Monday AFL football helped drive a big audience into the 6pm News which pushed both halves of the bulletin close to a metro network audience of 1.2m.

Nine’s The Block was also back in the schedule and was just under 1m after pulling 1.10m the previous Monday. Also performing well and keeping Nine closer to Seven than it has been on a Monday for some time were episodes of The Big Bang Theory. A Current Affair featured an interview Tracy Grimshaw did with Bunkie King, one of the two sisters romantically involved with Jack Thompson. It pulled a good crowd with 1.05m watching.

The ABC’s share was again above 15% although Australian Story had a quieter Monday with the audience just under 750,000.

SBS had a good Easter with three of the last five nights over a 6% share. The Easter Sunday hit was the late night screening of Monty Python’s The Life Of Brian. The best on SBS last night was The Planes That Changed The World with 322,000 watching.